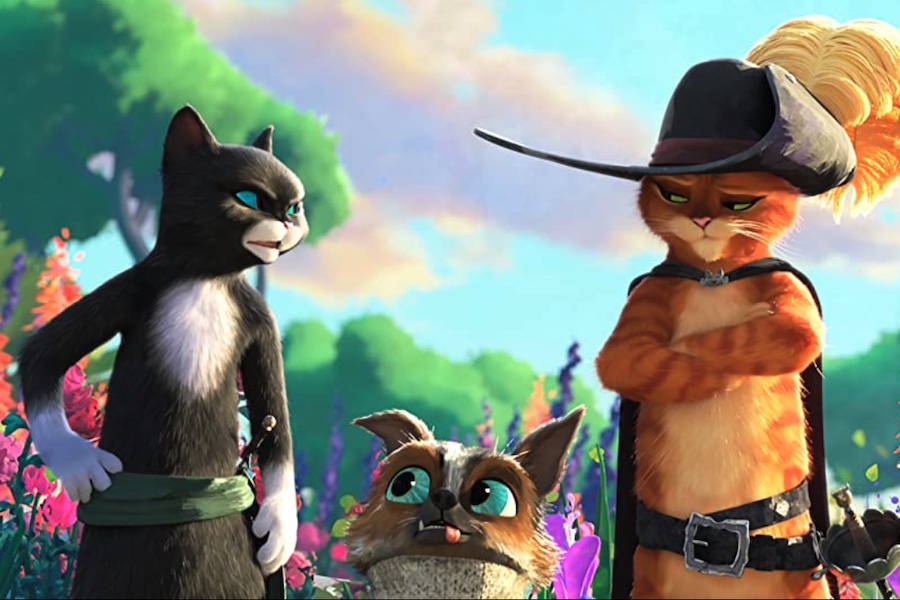 Available for premium digital rental and purchase, the DreamWorks animated film debuted on Vudu Jan. 6. The sequel to Puss in Boots and the sixth installment in the “Shrek” franchise follows the continuing adventures of the character Puss (voiced by Antonio Banderas).

Also new to the chart for the week was Searchlight Pictures’ The Menu, which garnered Golden Globe nominations for Ralph Fiennes for Best Actor and Anya Taylor-Joy for Best Actress. Available for digital purchase, the dark comedy thriller follows a group of diners confronted with horror at a secluded exclusive restaurant.

Universal’s Violent Night, available for premium digital rental and purchase, fell from the top spot to No. 3 on the chart. The film, starring David Harbour and John Leguizamo, follows mercenaries who attack the estate of a wealthy family, but who run up against Santa Claus.

Rising from No. 9 to No. 4 on the chart was The Woman King, available for digital rental and on sale for digital purchase. The Sony Pictures historical drama, starring Viola Davis (nominated for a Golden Globe for Best Actress), is inspired by true events that took place in the kingdom of Dahomey, one of the most powerful states in Africa in the 18th and 19th centuries.

Another new release, Paramount Pictures’ Devotion, came in at No. 5 on the chart. Available for digital purchase (and for streaming on Paramount+) Jan. 8, the true story-based film chronicles the story of two of the Navy’s most celebrated wingmen in the Korean War.

Vudu’s top 10 titles for the week ended Jan. 8, in terms of revenue, were: