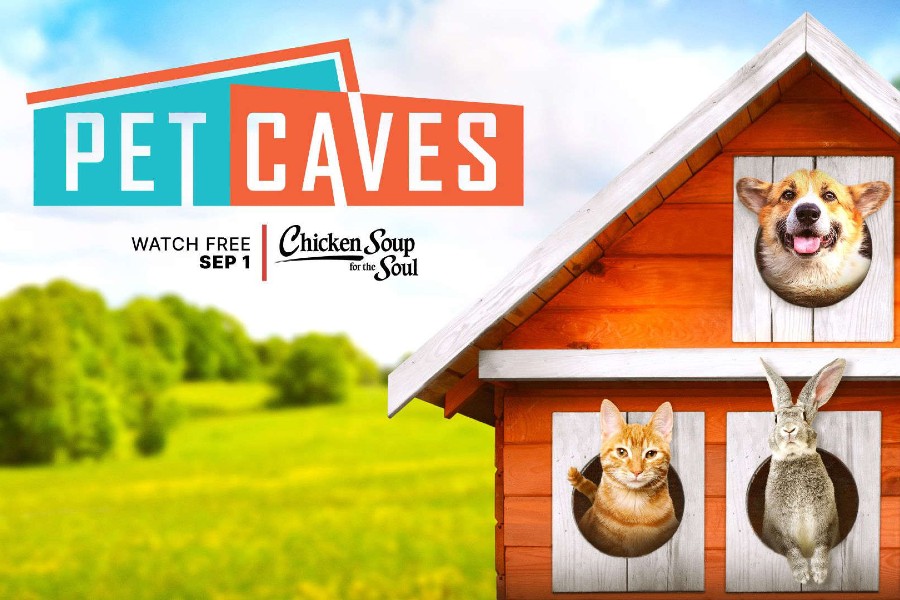 Chicken Soup for the Soul Entertainment Aug. 29 announced it has partnered with PetSmart to create a 10-episode series about pet owners who will do anything for their furry friends.

“Pet Caves” will stream exclusively on Vizio and Samsung-connected TVs beginning Sept. 1. The series will also be available on demand for free on Sept. 15 via Crackle on CTVs, mobile and tablet devices, as well as at Crackle.com.

The show is hosted by Atlanta-based pet behaviorist Kayla Oliver and celebrity design architect Nina Ferrer (HGTV’s “Design Star” and “Clean House New York”). In each episode, Kayla and Nina visit a PetSmart store to outfit the domicile with all the latest and greatest pet necessities and accessories. Dogs, cats, bunnies and even a bearded dragon all get the white glove treatment to turn their living space into their own private pet paradise.

“Our partnership with PetSmart perfectly reflects our commitment to provide like-minded brand partners with the opportunity to act as creative collaborators on our quality programming and to pursue unique integrations,” Darren Olive, EVP of national sales and strategy for Crackle Plus, said in a statement. “We continue to double down on bringing a fresh viewing experience to our audience, who are not only savvy consumers but are also interested in the ways in which content can go beyond the screen.”

The series is executive produced by Rasheed J. Daniel of TeamSheed Productions and Michael Winter for Chicken Soup for the Soul Entertainment. Corey Noll and Lexi Brown serve as co-executive producers, and the series is distributed globally by Screen Media.

“We saw ‘Pet Caves’ as a great opportunity to work with two beloved brands, Chicken Soup for the Soul Studios and PetSmart,” Daniel, principal and executive producer for Teamsheed, said in a statement. “As a black-owned business, we were also attracted to the diversity not only reflected in the show but also the values reflected in both of these esteemed organizations.”

The Crackle Plus and recently acquired Redbox streaming services are currently distributed through more than 140 touchpoints in the United States on platforms including Amazon Fire TV, RokuTV, Apple TV, Smart TVs (Samsung, LG, Vizio), gaming consoles (PS4 and Xbox One), Plex, iOS, and Android mobile devices and on desktops at Crackle.com and Redbox.com, with plans to expand to more than 160 touchpoints.