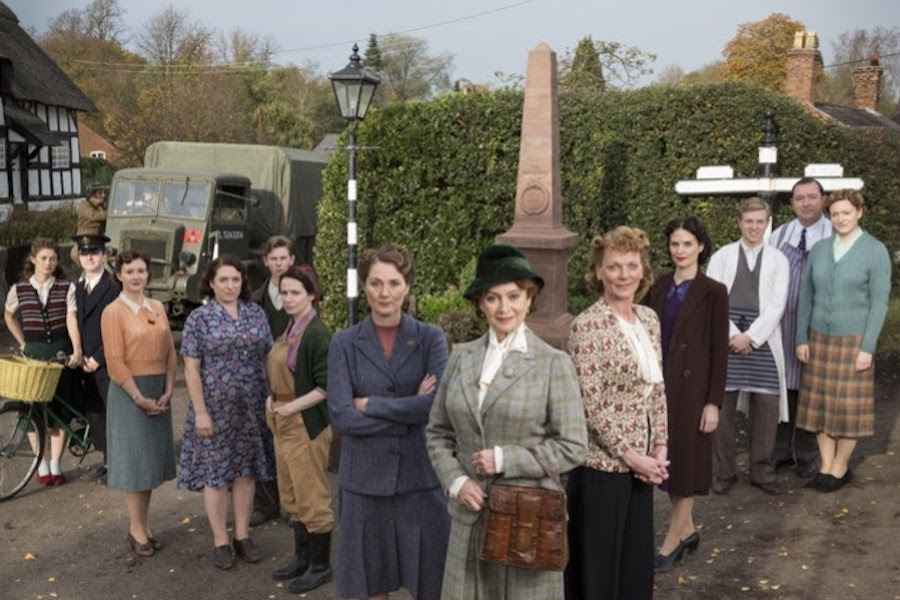 Two seasons of the series “Home Fires,” based on the novel Jambusters, start streaming Nov. 7. The series opens in August 1939. War with Germany is all but certain, and the citizens of the isolated village of Great Paxford are each facing it in their own way. Men of fighting age are mostly enlisting or waiting to be called. Some of the women are joining the female military services; others already have essential jobs, such as farming; and still others are planning to “dig for victory,” planting gardens to reduce the need for food imports. Since German submarines will be attacking merchant ships, any task that adds to the nation’s self-sufficiency is vital. Frances (Samantha Bond, “Downton Abbey”), whose husband owns a local factory, believes that the Women’s Institute has an important role to play. Joyce (Francesca Annis, “Reckless”), the longtime president of the institute, vehemently disagrees and proposes suspending activities until the war is over. So begins a quarrel that mirrors the fragmentation affecting the wider world. In Great Paxford, this crisis ends up cementing the friendships of a group of women who have their own personal troubles, but who now have a shared mission that will lead them to their finest hour.

Eight episodes of the drama “RFDS: Royal Flying Doctor Service” start streaming Nov. 11. Based on real-life stories and filmed on location in and around Broken Hill, this series captures the beauty and brutality of Australia’s vast center where doctors, nurses, pilots and support staff of the RFDS (Royal Flying Doctor Service) negotiate the unique challenges of emergency retrievals across some of the most inhospitable places in the country. The series opens with a doctor escaping her past and joining the Royal Flying Doctor Service on a day in which a catastrophic emergency retrieval hits the team personally. Together they will deal with the fallout, while continuing their highly skilled work, fighting the clock and the elements to save people having the worst day of their lives.

Season two of “Walter Presents: The Defence” begins streaming Nov. 19. The Polish series adapted from a renowned crime-thriller novel follows the courageous and rebellious lawyer Joanna Chyłka as she fights for her clients till the bitter end. Season two sees Chyłka go head-to-head with murderers, gangsters, the police and even her own law firm.  After a double murder, Chyłka is assigned to defend the son of a well-known businessman, however he refuses to say a word to anyone. 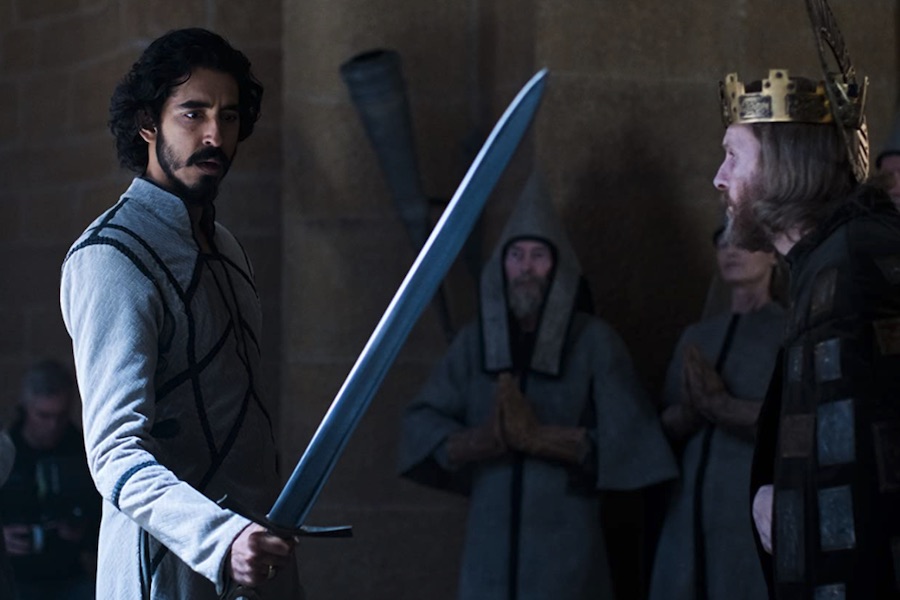 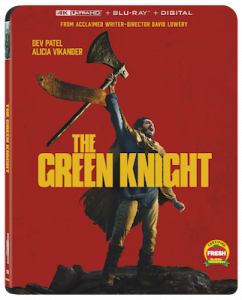 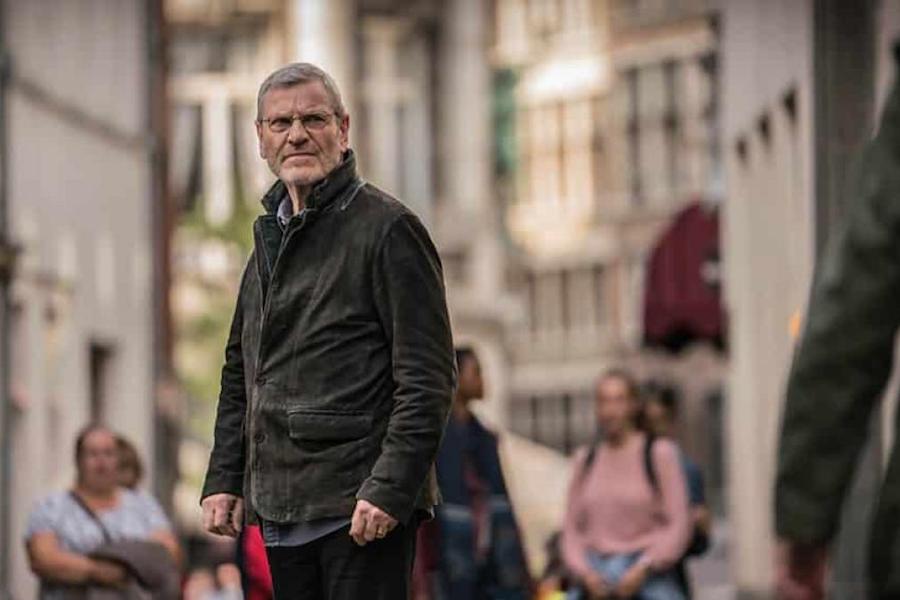 “Baptiste,” a spinoff about one of the characters from “The Missing,” several “Walter Presents” series and two programs on the Windermere children who escaped the concentration camps are streaming on the PBS Masterpiece Prime Video channel in April.

Available April 12 is season one of “Babtiste.” Retired and restless, detective Juliene Baptiste (Tchéky Karyo, “The Missing”) is visiting Amsterdam where his daughter has recently given birth. A lunch with old flame Martha Horchner, Amsterdam’s chief of police, turns out to be more than a catch-up on old times: she wants his help finding Natalie, a missing girl who is the niece of Englishman Edward Stratton (Tom Hollander, The Night Manager).

Available now is season four of “Walter Presents: Seaside Hotel.” In the summer of 1931, the newspapers are filled with stories of bankruptcy and world crisis, but that does not seem to interfere with Andersen’s hotel guests who, once again, packed their bags to spend their vacation at the Seaside Hotel.

Also available now is season one of “Walter Presents: The Cliff.” Set against the backdrop of a rural community in Iceland, “The Cliff” follows two detectives as mysterious events begin to unfold in the community. A young man is badly hurt in a strange accident at a remote construction site in the middle of the night. At first glance, the case looks like a freak accident, but could it be more complex than it looks? Reykjavic Crime Detective Helgi is sent to the village to help a young local policewoman investigate the accident. Together they discover a mystery that runs much deeper than one man’s death.

Due April 17 is season one of “Walter Presents: Kepler(s).” Samuel Kepler is an unstable cop suffering from dissociative identity disorder. There are three other individuals that are all competing to take control of his mind and his personality. Transferred to a small police station in Calais, he hopes the quiet and slower pace of life will help him and his family rebuild their lives.

But the death of a girl whose body is found at the refugee “Jungle” pulls him back in.

Coming April 24 is the season one of “Walter Presents: Floodland.” In the remote border region between the Netherlands and Flanders, a mysterious African woman is found wandering around on the Flemish side. Assigned to the case, the charming but nonchalant Belgian court psychiatrist Bert Dewulf is brought in to find out what happened to the deeply traumatized woman. Meanwhile, Tara Dessel, a Dutch police inspector of mixed descent, investigates a bloody shootout on a pleasure yacht. It soon turns out that there is a connection between the two cases.

Available now is The Windermere Children: In Their Own Words, a documentary that reveals a little-known story of 300 orphaned Jewish refugees who began new lives in England’s Lake District in the summer of 1945. The documentary features interviews with former children who survived the Holocaust concentration camps and were rehabilitated in a disused aircraft factory that overlooked Lake Windermere in the United Kingdom. The survivors relive what it was like to live in an unfamiliar country, with no family, not knowing the language or what their future held. The documentary also describes the children’s experiences as they were rounded up by the Germans in their hometowns and taken by cattle train to concentration camps such as Auschwitz.

Also available now is The Windermere Children, a dramatization based on the true story of the 300 children who were saved from the Nazi concentration camps. The cast is led by Thomas Kretschmann (The Pianist), Romola Garai (The Miniaturist), Tim McInnerny (“Strangers”) and Iain Glen (“Game of Thrones”). Child psychologist Oscar Friedmann (Kretschamann), art therapist Marie Paneth (Garai), philanthropist Leonard Montefiore (McInnerny) and sports coach Jock Lawrence (Glen) have been given the task of looking after the children once they arrive. By the lake, the children learn English, play football, ride bikes, express their trauma through painting and begin to heal. Some locals taunt them, but they are embraced by others. Ultimately alone, the children are haunted by nightmares and hope for news about the families they left behind.

Coming April 18 is the three-episode period drama The Widower. Co-written and executive produced by Jeff Pope (Philomena, “Mrs. Biggs”), The Widower tells the true story of Malcolm Webster. Malcolm (Reece Shearsmith) is a seemingly perfect British gentleman and mild-mannered male nurse; he is well spoken, charismatic, and personable. He marries his first wife, Claire Morris (Sheridan Smith) in 1993. A year later Claire is dead — the victim of a tragic road accident. Four years after the accident, Malcolm is broke and wants to start fresh in New Zealand with his second wife, Felicity. However, on their wedding night she feels off and for the next year suffers from unexplained blackouts. Felicity slowly pieces small clues together before finally realizing that the death of Webster’s first wife might not have been an accident.

Due April 24 is four-episode period piece The Great Fire. In the middle of the night on Sept. 2, 1666, a fire started in a London bakery on Pudding Lane. The blaze raged on for four days and brought the city to complete devastation, eventually becoming known throughout history as the Great Fire of London. Cathedrals, shops, and inns were all lost and 70,000 of the city’s 80,000 inhabitants became homeless. The Great Fire brings this moment in history to life through the eyes of the people on the ground, from King Charles II to Samuel Pepys to Thomas Farriner, the King’s baker whose bakery is where the fire began. Starring Andrew Buchan (“Broadchurch”), Jack Huston (“Boardwalk Empire”), Rose Leslie (“Game of Thrones”) and Charles Dance (“The Jewel in the Crown,” “Game of Thrones”), this four-part drama recreates the absolute chaos of a sprawling city imploding and the fear and rumors of eternal treachery that spread much like the inferno.