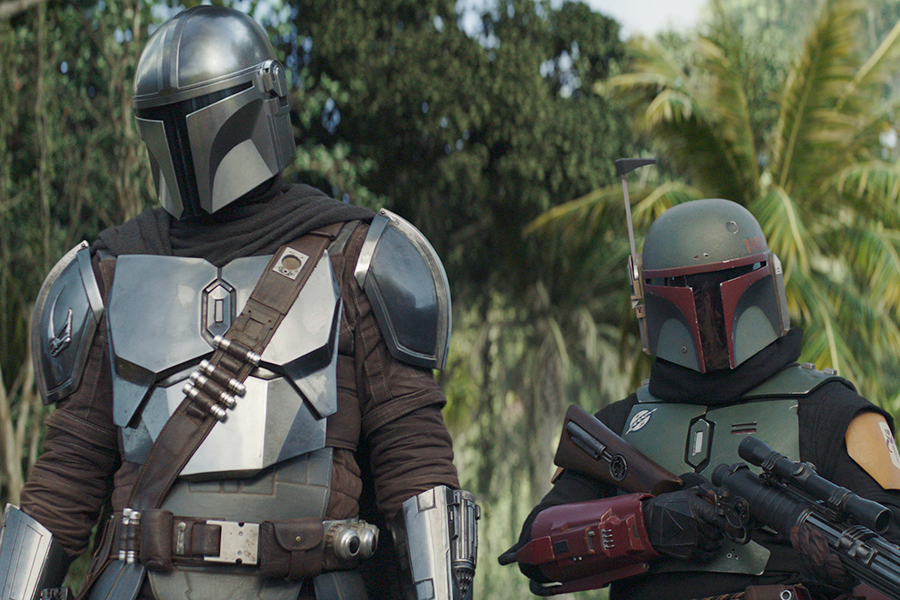 The Disney+ live-action “Star Wars” series “The Mandalorian” topped Parrot Analytics’ digital originals rankings for an eighth-straight week the week ended Dec. 12, and also held onto the top spot on Parrot’s list of all TV shows for a sixth week. It had 125.3 times the demand of an average TV series for the week but saw a 0.34% drop in demand expressions, the proprietary metric Parrot uses to gauge a show’s popularity.

“The Mandalorian” continues to give a boost to other “Star Wars” properties, most notably the animated “Star Wars: The Clone Wars,” which rose a spot to No. 3 on the digital originals chart with 51.2 times average demand, though expressions were down 9.9%. “Mandalorian” has been introducing fan favorite legacy characters into its storyline, such as a live-action version of “Clone Wars” character Ahsoka Tano, played by Rosario Dawson, who will be getting her own Disney+ spinoff show, among a huge slate of upcoming “Star Wars” content announced at Disney’s Dec. 10 investor day.

Hulu’s revival of the animated series “Animaniacs” remained at No. 2 on the digital originals chart. It had a 14.4% drop in demand expressions to give it 53 times average demand.

Netflix’s “The Crown” dropped a spot to No. 4 on the digital originals chart, grabbing 49.4 times average demand while expressions were down 19.8%.

Netflix’s perennially popular “Stranger Things” held steady at No. 5 on the digital originals chart, with 43.1 times average demand and expressions down 2.1%.

Most of the shows on the digital originals chart experienced a demand drop for the week, but not Netflix’s “Cobra Kai.” Thanks to a new season three trailer, demand for the “Karate Kid” spinoff spiked 75.6%, raising it six spots to No. 6 and giving it 41.5 times average demand.

After “Mandalorian,” The No. 2 overall TV series remained “SpongeBob SquarePants,” with 90.9 times average demand. Four digital originals cracked the overall top 10, with “Animaniacs” at No. 8, “Clone Wars” at No. 9 and “The Crown” at No. 10. 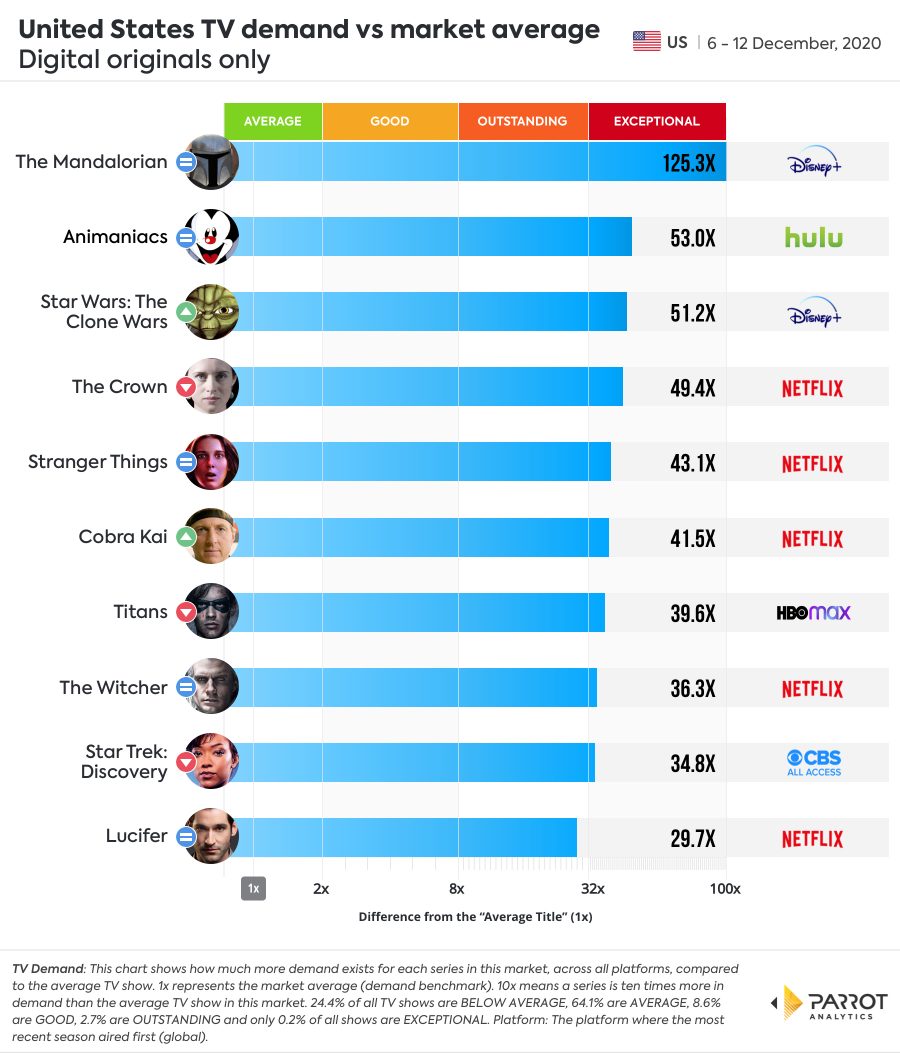