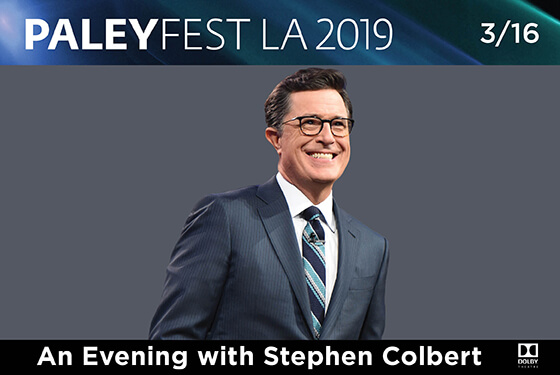 Stephen Colbert from “The Late Show with Stephen Colbert” is scheduled to give a separate presentation March 16, with tickets priced from $25.

Consumers have the option to purchase the live-stream package of all available programs for $7.99 and select individual events can be purchased on-demand for $1.99 each shortly after the live events take place. Select events from past PaleyFest festivals are now available to rent at PaleyCenter.org.

“With this new service, television fans from all fifty states and around the world, will have the opportunity to experience the same excitement as those in attendance at the Dolby Theatre in Hollywood,” Maureen J. Reidy, the Paley Center CEO said in a statement.