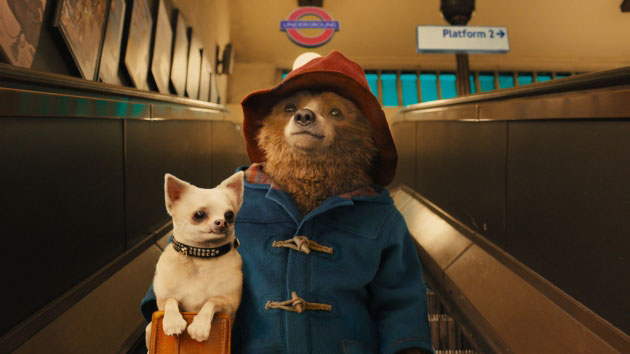 The Warner Bros.-distributed sequel to the 2014 box office hit about a young Peruvian bear that travels to London in search of a home, generated $237 million at the global box office, including $40 million in the United States.

The title will be released into domestic retail channels on April 24 by Warner Bros. Home Entertainment.

Marvel Studios’ Thor: Ragnarok ranked No. 2 with 476,000-disc sales in the U.K. The title was released in the U.S. on March 6 by Walt Disney Studios Home Entertainment.

Blade Runner 2049, the 35-year-old sequel to Blade Runner (1982), starring Harrison Ford, Sean Young and Rutger Hauer, generated 325,000-unit sales. The current Warner title – with Ryan Gosling in the title role – was released domestically in January and has sold $21.7 million worth of discs.

The titles sold $19.7 million and $31 million in combined disc sales in the U.S., respectively.

Murder on the Orient Express (Fox) ranked sixth with 217,000 units sold, while Warner’s Dunkirk, was seventh with 187,000 units sold. The Christopher Nolan war drama has sold more than 834,000 discs in the U.K.