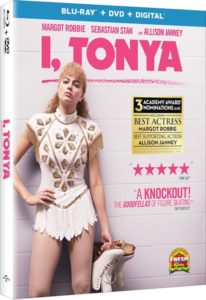 Director Guillermo del Toro’s The Shape of Water — a fantasy romance that racked up 13 Academy Award nominations, more than any other movie this year – will be released on Digital Feb. 27 and on disc two weeks later by 20th Century Fox Home Entertainment.

The Shape of Water is a fairy tale set in the United States during the Cold War. In a secret government laboratory where she works, Elisa (Sally Hawkins) suffers from loneliness and isolation. Her life is changed when she and co-worker Zelda (Octavia Spencer) stumble upon a secret classified experiment. Rounding out the cast are Michael Shannon, Richard Jenkins, Michael Stuhlbarg and Doug Jones.