At a time where Netflix is feeling the pinch of successive quarterly subscriber losses, the SVOD pioneer’s commitment to international original content productions continues to dominate the market, according to new data from Ampere Analysis.

The London-based research company found Netflix commissioned original productions from 28 markets in the second quarter (ended June 30) to expand its market for original series and movie productions to 44 since 2020. That compared with 27 markets for Warner Bros. Discovery, 23 markets for Disney+ and 21 markets for Amazon Prime Video. 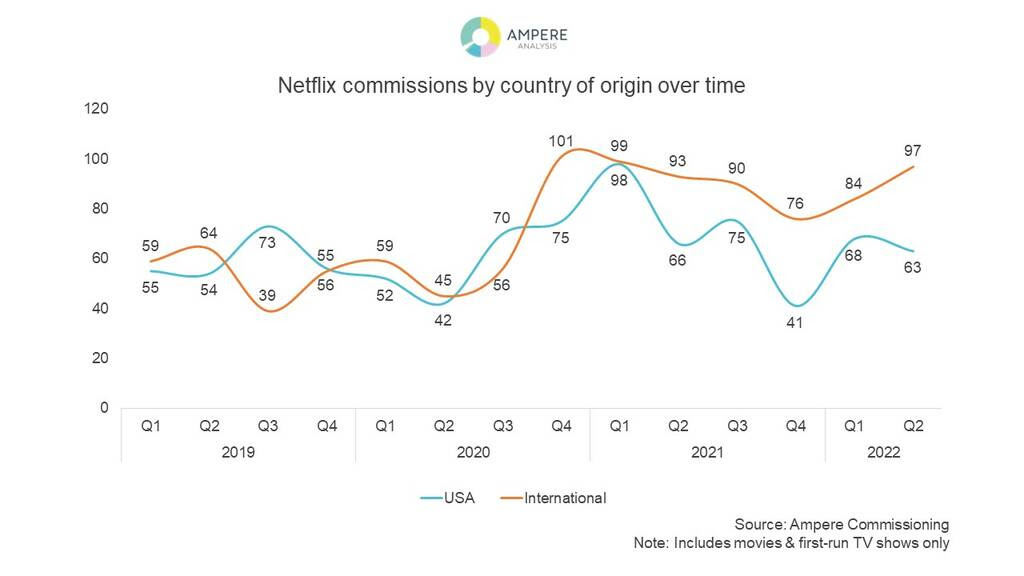 “It’s in the context of intense competition at home that Netflix’s refocus on international originals makes the most sense,” analyst Fred Black said in a statement.

Black contends that since the start of 2020, Netflix has commissioned 664 American-made TV or movie originals. That’s 50% more than the combined effort of Discovery+/HBO Max, twice as many as Disney+/Hulu, and three times more than Prime Video.

“Netflix has commissioned more non-U.S. originals over the period than its key rivals combined,” Black said. “Opening up new markets for originals and doubling down on the content from its most successful will be key to Netflix finding subscriber growth again.”