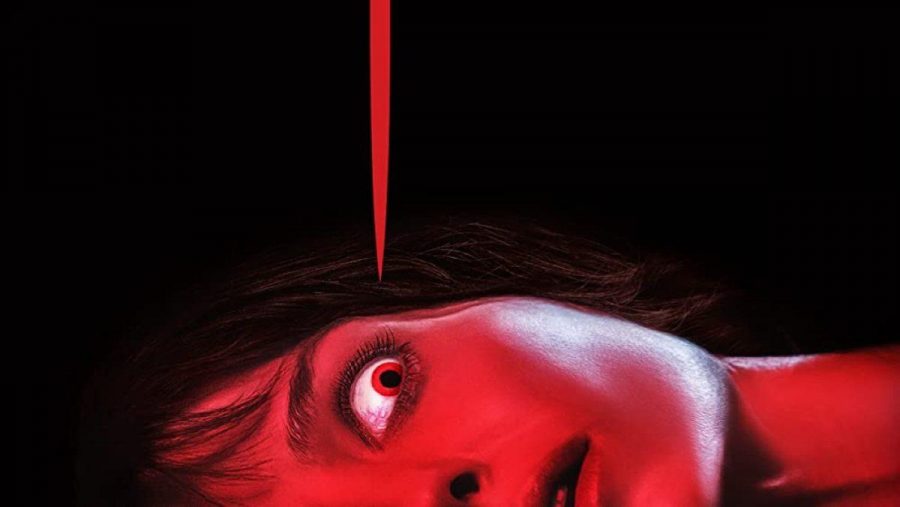 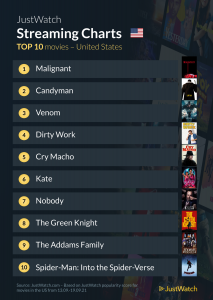 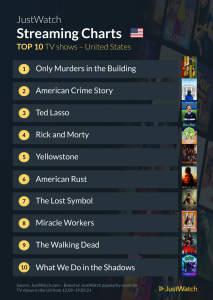 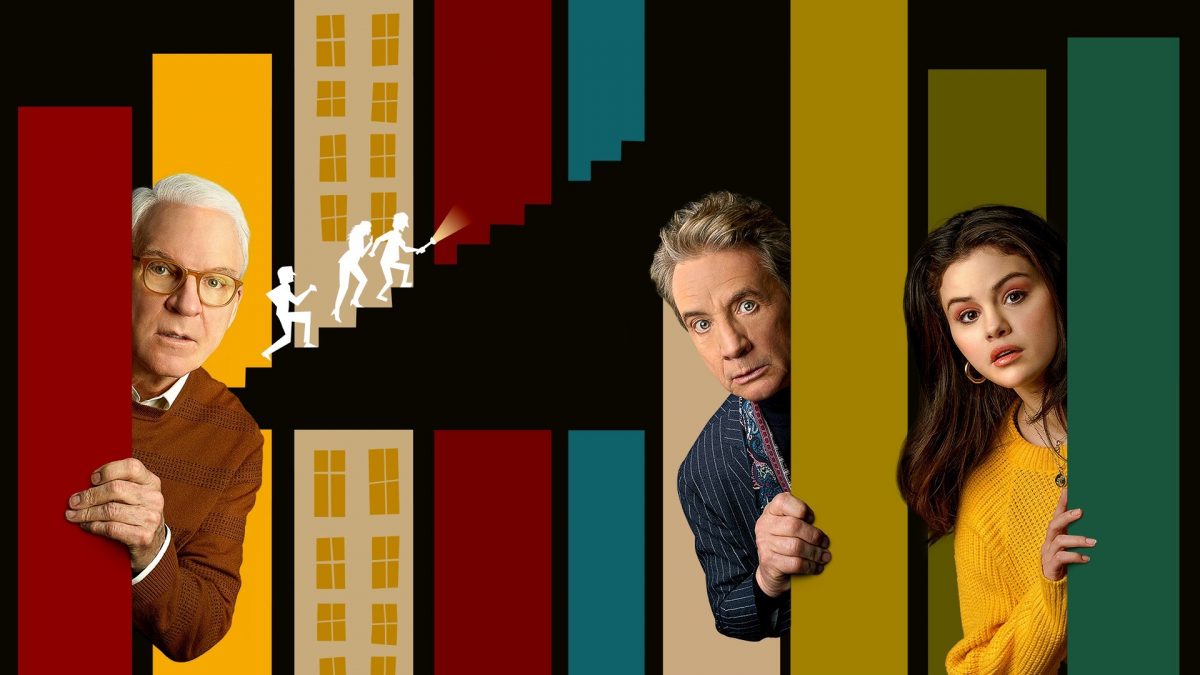 The pending theatrical release of Sony Pictures’ Spider-Man: No Way Home  continues to resonate among streamers. New data from JustWatch found consumers streamed four previous Spider-Man movies, including 2002 release, Spider-Man, starring Toby Maguire as the webslinger, the most through the week ended Sept. 5.

Spider-Man: Far From Home, Spider-Man: Homecoming, and The Amazing Spider-Man 2 finished No. 4, No. 7 and No. 10, respectively, for the week.

The Green Knight and the 1992 original Candyman rounded out the podium. 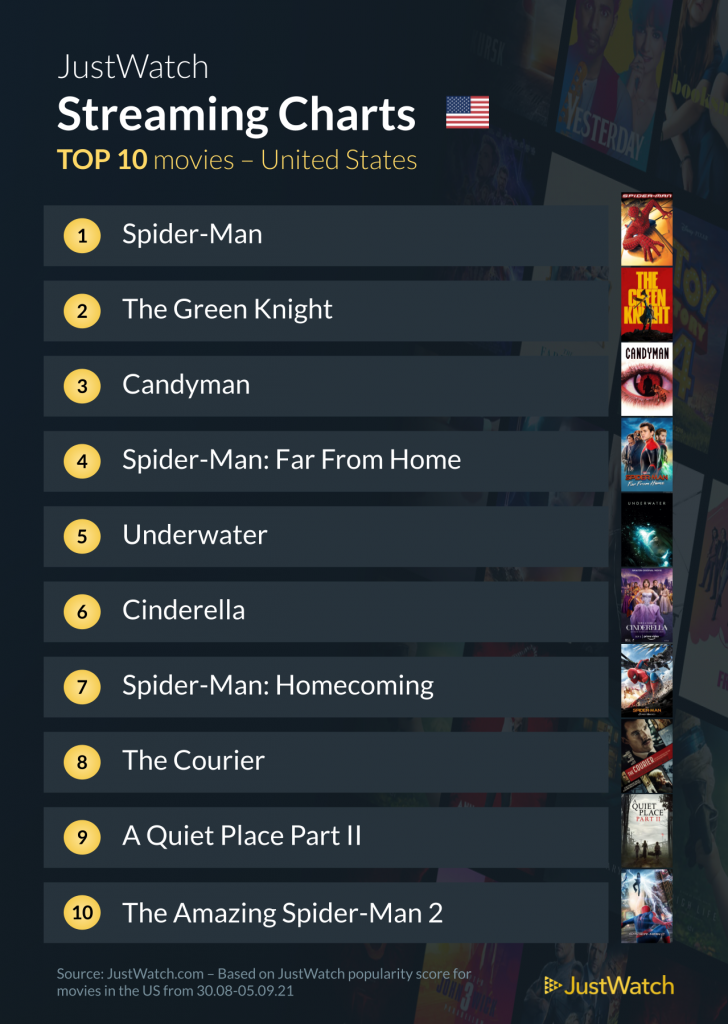 Among TV shows, Hulu’s “Only Murders in the Building,” starring Steve Martin, Martin Short and Selena Gomez,  and”What We Do in the Shadows” ranked No. 1 and No. 2, respectively. Netflix’s “Cowboy Bebop” rounded out the podium. 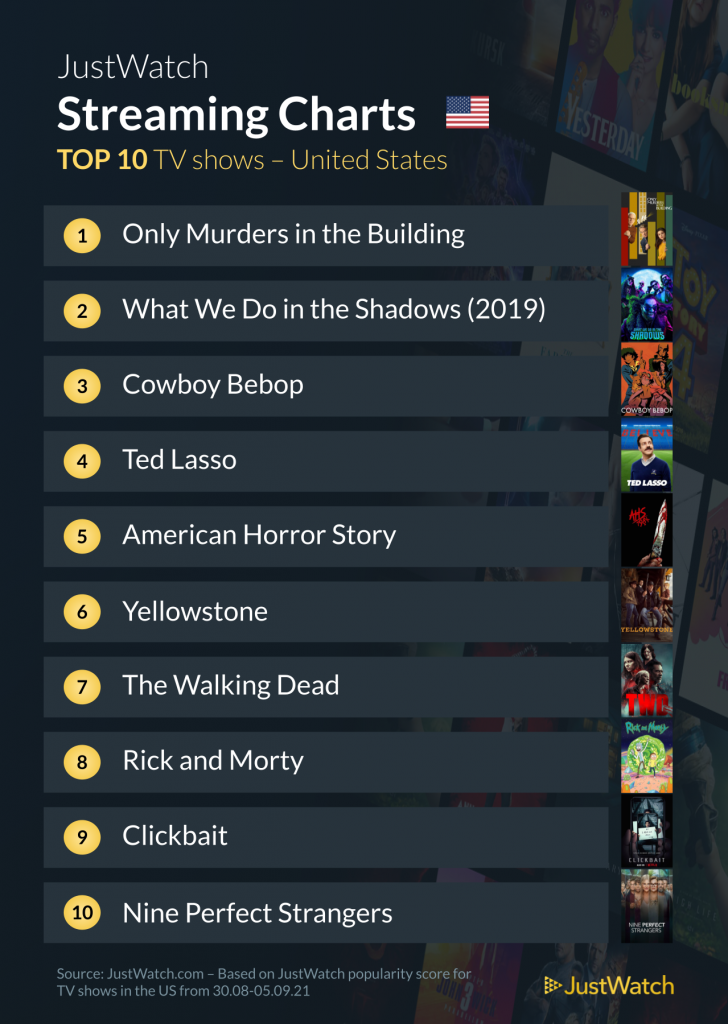