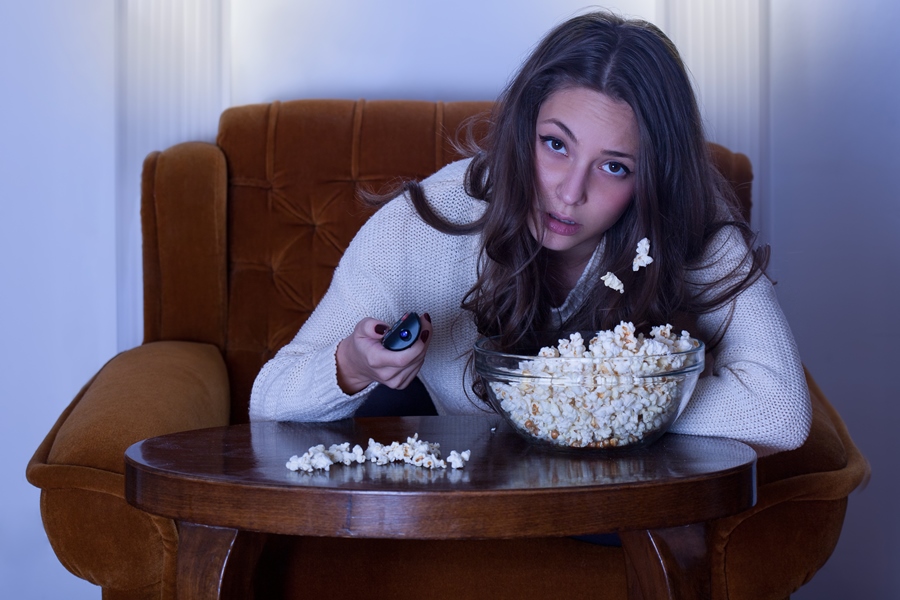 The average American has 13 TV shows and 16 movies on their watchlist to get through — averaging a total of 104 hours — which is enough content to last two whole flights around the world, according to new research conducted by OnePoll on behalf of Plex, the free global streaming media platform.

The study of 2,000 Americans surveyed in July 2022 found that 68% keep a TV show and movie watchlist so lengthy, it’s “nearly impossible” for them to get through. While more than seven in 10 (73%) keep a list of shows and films they plan to watch, more than half (58%) said they struggle to keep track of everything they want to watch.

“With new content constantly being released to streaming services, it can be difficult to keep track of it all,” Jason Williams, product director at Plex, said in a statement. “With Plex Universal Watchlist, consumers can easily stay updated on their favorite movies and shows across all major streaming platforms, even as their favorite content moves or becomes available on other services. Our goal is to make the streaming experience as seamless and enjoyable as possible.”

Earlier this year, Plex launched with two new features, Discover and Universal Watchlist, to alleviate many of the pain points that plague consumers subscribed to multiple streaming services. With Discover, viewers can search for a title to find where it is streaming. If it’s available on a streaming service the viewer has, they can launch it directly from Plex, eliminating time wasted switching from app to app. Users can also easily add any titles to one Universal Watchlist on the Plex app, regardless of where the content is available, making it easier to remember what they want to watch across streaming apps and networks.

Citing data from research firm OnePoll, Tubi said 25% of survey respondents have dropped a SVOD streaming service in favor of AVOD in the past few months. In addition, 37% surveyed said they would try a new streaming service with ads to discover new content. The OnePoll online survey polled 2,000 people nationwide from Aug. 7 to 12, 2020.

San Francisco-based Tubi, which Fox acquired earlier this year for $440 million, said the ongoing coronavirus pandemic has caused financial difficulties resulting in 33% of respondents reevaluating their subscription streaming services. To save money, 25% started a free trial and canceled it before paying the subscription fee, with the average person who employs this tactic doing so three times.

Meanwhile, 17% have shared passwords with others in order to gain access to streamers they don’t subscribe to, with 38% of respondents 18-24 and 31% of 25-34 participating in password swaps.

The survey also showed that streaming has continued to boom with social distancing practices still in place, with over half of respondents (52%) stating that they streamed more than they would in a typical summer due to stay-at-home restrictions with COVID-19. Over the past two months alone, the average person has binged four shows and watched 20 movies.

Respondents ages 25 to 34 increased their streaming the most this summer, with the average person watching an additional four hours of content a day on top of what they were watching at the start of quarantine in March or April.

Streaming has also continued to be a resource for parents with children at home, as two in five parents — nearly half — estimate that their child is streaming more now than when the pandemic started. With many activities canceled this summer because of the pandemic, a third of parents were dependent on streamers to keep their child busy. At the same time, over half (55%) think that TV has become an educational tool to keep their child learning when school is not open.

In addition, 39% of respondents are struggling to find new content on streamers, leading 35% to try a new streaming service to find different content.