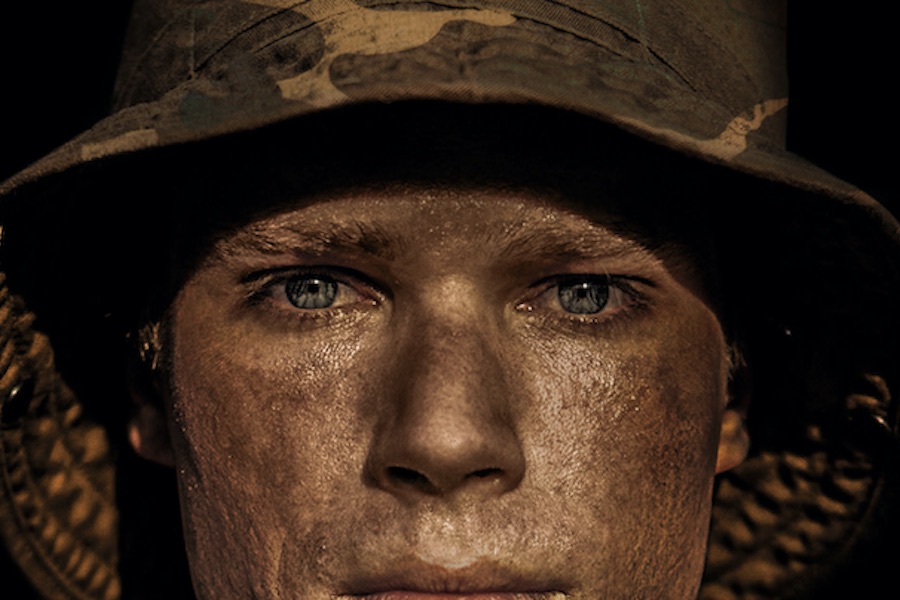 South African filmmaker Oliver Hermanus’ Moffie could not be more relevant today as the issues of LGBTQ rights and Black Lives Matter remain ever potent movements.

Hermanus’ fourth feature, which vied for the Queer Lion at the Venice Film Festival, is an adaptation of André-Carl van der Merwe’s searing debut novel about his military experience during South Africa’s infamous apartheid era. In it he describes the absurd irony of being a young gay conscript defending a regime that has institutionalized homophobia as well as racism. 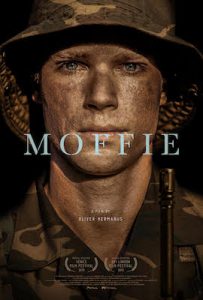 Speaking of South Africa’s military then, Hermanus said, “It was ‘institutionalized whiteness.’ [The soldiers] were brainwashed to represent the ideologies of apartheid which extended to the treatment of women and the treatment of children.”

The term “moffie” is an Afrikaans slur for a gay man, considered even more insulting than the closest English equivalent, “faggot.”

Moffie bows April 9 in select theaters as well as on digital and VOD platforms.

The drama follows 18-year-old Nicholas van der Swart (Kai Luke Brummer) who, like most white boys his age, has been drafted into two years of mandatory military service. A closeted gay man, he suffers the extreme rigors of boot camp training in scenes that recall Stanley Kubrick’s Full Metal Jacket. He knows that revealing his sexual orientation would mean banishment to a psychiatric ward for “reconversion therapy.” But he also forms a strong bond with a fellow recruit and discovers himself in the process.

“We avoided watching films with military themes as we didn’t want to get sucked into that, but there are tropes that are inherent; one almost can’t avoid references to these iconic films,” said Hermanus of the Full Metal Jacket comparisons. But the challenge of making a military film was too strong to pass up.

Somewhere out there are some very angry tourists as they shot some of the last scenes by Capetown’s Boulders Beach, famous for its Jackass penguins.

“We had to close it for the day as we were using its parking lot as our base camp so these busloads of tourists, who came from all over the world, were turned away for the day,” he recalled.

South Africa is now one of the most progressive countries on the African continent while homosexuality is still considered a major crime in some countries. It was the fifth country in the world and the first in Africa to legalize same-sex marriage.

Hermanus, who is gay and black, feels lucky to have grown up most of his life in the post-apartheid era.

“We went from being one of the world’s worst, with institutionalized crimes against humanity, to being the country with one of the most prolific and advanced constitutions in the world — a complete 180 degree turn,” he noted.

Hermanus is now in pre-production on Living, which he will shoot in the summer in London with Bill Nighy and Aimee Lou Wood (Sex Education) as leads. Nobel and Booker Prize winner Kazuo Ishiguro (The Remains of The Day) has written the screenplay, based on the 1952 classic Ikiru, co-written by Japanese master Akira Kurosawa. Set in early 1950s London, Living follows a veteran civil servant (Nighy) who is bogged down by his predictable life. When he learns he has contracted a deadly illness, he seeks to find some meaning with the unexpected help of a young co-worker.