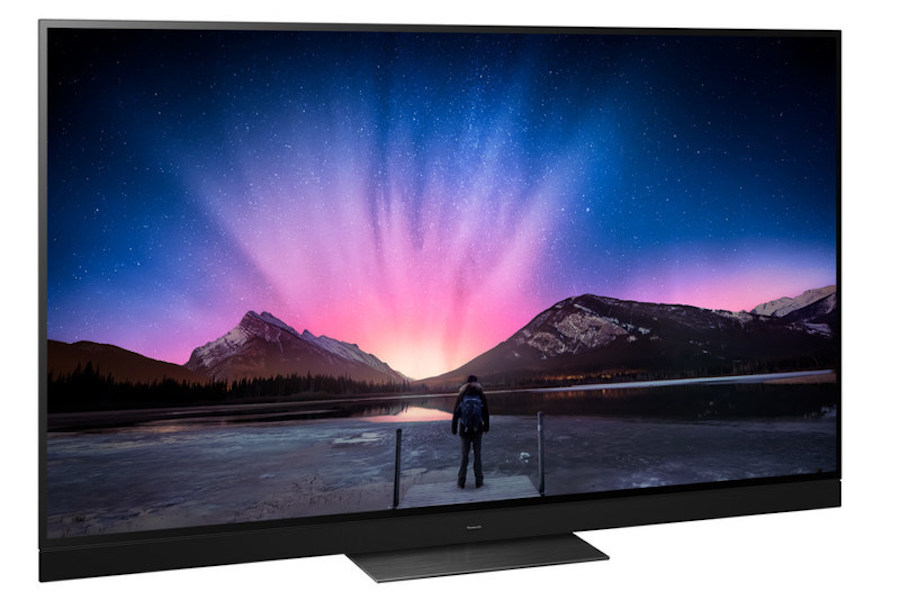 The LZ2000 OLED TV has advanced sensors that detect the ambient room light color temperature and adjust the picture to deliver a natural experience while watching throughout the day, according to the company. The new feature builds on Panasonic’s “Auto AI” mode, introduced last year, which uses artificial intelligence that in real time identifies the content being played and automatically optimizes both picture and sound quality, without the user needing to manually adjust settings. The new sensor works together with the HCX Pro AI processor to adjust tone individually in the most realistic way based on the ambient light, to deliver a more comfortable nighttime viewing experience, according to Panasonic. The HCX Pro AI chip preserves colors with which the human eye is familiar, such as skin tones, to ensure a natural picture. Auto AI mode now also auto-detects what type of content viewers are watching and automatically optimizes the picture and sound quality more seamlessly, according to Panasonic.

The LZ2000 OLED TV also features the color-tuning skills of Stefan Sonnenfeld, founder and CEO of Company 3. Described by NPR as a “da Vinci of the movies,” Sonnenfeld has applied his skills as a colorist to many of the most acclaimed and popular features of the past decade, including A Star Is Born, Wonder Woman, Man of Steel, Beauty and the Beast, Star Wars: The Force Awakens, Jurassic World, 300 and many more, according to the Panasonic press release. Like many other leading colorists and post-production houses, he uses Panasonic OLED screens as large-format client reference monitors.

The LZ2000 OLED TV introduces directional sound in addition to Panasonic’s 360 degree Soundscape all-in-one TV audio package capable of delivering Dolby Atmos. The multiple built-in upward-firing, side-firing, and front-firing speaker units produce a spatial soundstage with Dolby Atmos content, according to Panasonic. Panasonic has improved its sound quality with new array speakers that run the entire length of the TV for an immersive sound experience, the company announced. “Using a simple-to-use GUI, the LZ2000 OLED TV makes it possible to adjust the relative loudness of the audio in different parts of the room,” according to the company. It comes with three modes: “pinpoint mode,” which allows the sound to be directed to one specific point; “area mode,” which allows viewers to shift the sound to a group of people in a specific area of the room; and “spot mode,” which boosts the volume in one particular spot while others can still hear the sound.

“The LZ2000 OLED TV’s superb directional sound can direct sound away from sleeping children as well as boost the volume for viewers who are hard of hearing,” according to the Panasonic press release.

A new feature, the Game Control Board, collects all relevant game settings and information in one place and presents them as an overlay over the game so that viewers never have to leave the game to access them. It can be programmed to be accessed by just one click on the remote control by assigning it to the customizable “my App” button.

The Game Control Board overlay provides access to the following features and information in real-time:

Panasonic has reduced the input lag for 60Hz games, which are supported by the majority of games consoles through the new “60Hz Refresh Mode.”

The LZ2000 OLED TV features the latest iteration of Panasonic’s smart-TV OS My Home Screen 7.0, which supports all major video streaming services and includes accessibility improvements along with a new myScenery function that includes a selection of calming images and videos captured by the Joy Foundation from all over the globe.