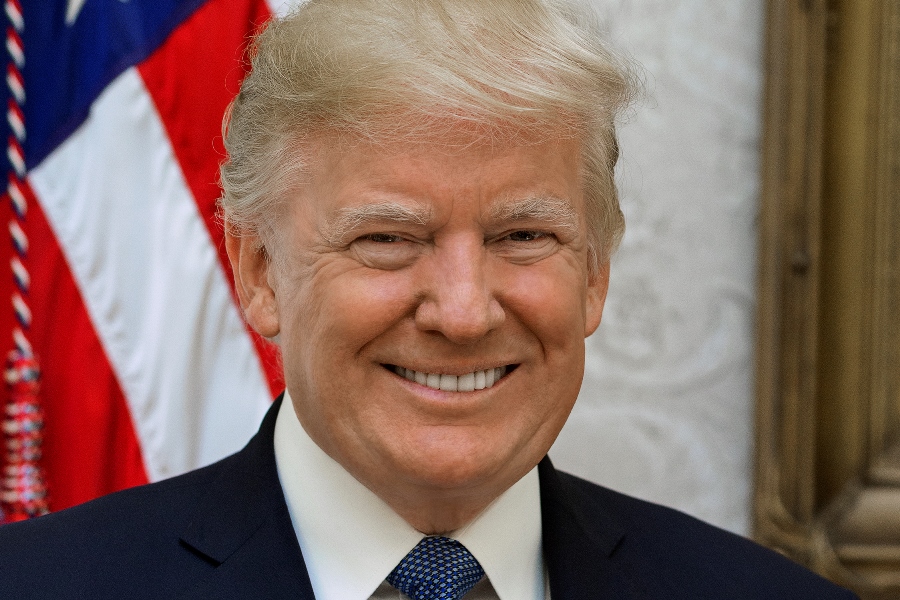 Following the 2018 midterm elections, Rep. Mike Doyle (D-Pa.) introduced H.R. #1644 (Save the Internet) that would reinstate net neutrality classifying the Internet as a utility under Title II of the Telecommunications Act of 1934.

The legislation is up for possible vote in the Democrat-control House as early as April 9. If passed, it would be reconciled in the Senate and then sent to Trump for his signature or veto.

The White House (and many Republicans) argue that the current FCC last year sought to “restore Internet freedom” by adopting so-called “light-touch” regulation that it said enabled the Internet and entrepreneurs to “thrive” for nearly two decades.

In a tweet, the Office of Management and Budget said that since the FCC reversed its position on net neutrality, the United States has risen to sixth from 13th in global fixed broadband download speeds.

It said ongoing rollout of fiber technology benefited from a change in the law, underscored by an increase in capital investment by $2.3 billion.

“H.R. 1644 would undermine this success by repealing the FCC’s current rule,” the OMB tweeted. “If H.R. 1644 were presented to the President, his advisors would recommend that he veto it.” 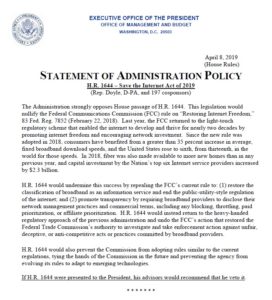