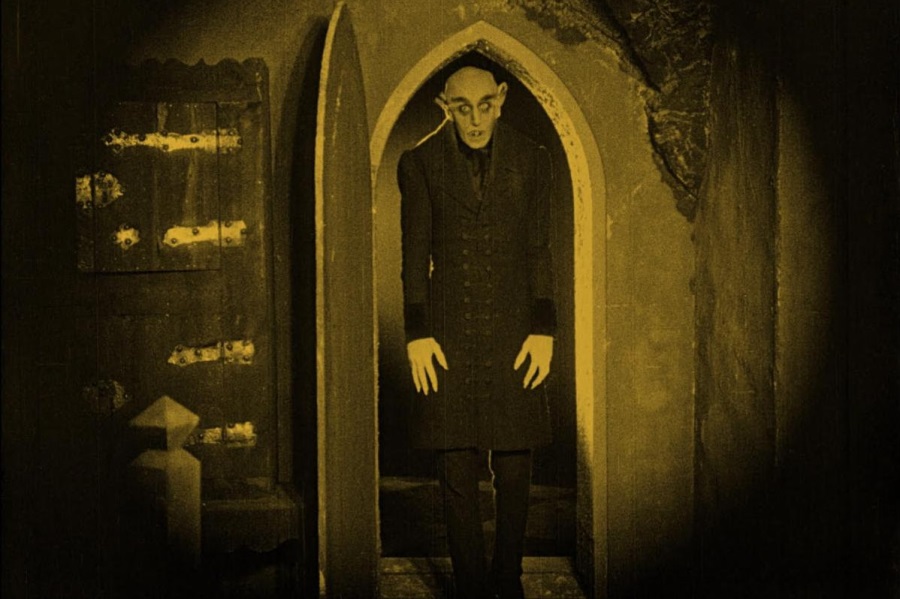 To celebrate the 100th anniversary of Nosferatu: A Symphony of Horror, Kino Lorber is touting its Blu-ray edition of the classic German silent vampire film at “the best version available.”

First released in March 1922, F.W. Murnau’s film has been hailed as a cornerstone of the horror genre and a landmark of German expressionism.

Kino Lorber’s HD edition, first released in 2013, was mastered from the acclaimed 35mm restoration by the Friedrich-Wilhelm-Murnau-Stiftung. Color tinted and backed by an orchestral performance of Hans Erdmann’s original 1922 score, this edition of the film offers unprecedented visual clarity and historical faithfulness to the original release version.

Kino Lorber’s edition of Nosferatu is now available on Blu-ray Disc and DVD as well as through digital retailers, to rent or buy. It also is available to stream on Kanopy.

Nosferatu: A Symphony of Horror is an unauthorized adaptation of Bram Stoker’s Dracula. Instead of depicting Dracula as a shape-shifting monster or debonair gentleman, Murnau’s Graf Orlok (portrayed by Max Schreck) is a nightmarish, spidery creature of bulbous head and taloned claws.

Nosferatu was an atypical expressionist film in that much of it was shot on location. While directors such as Lang and Lubitsch built vast forests and entire towns within the studio, Nosferatu‘s landscapes, villages and castle were actual locations in the Carpathian mountains.