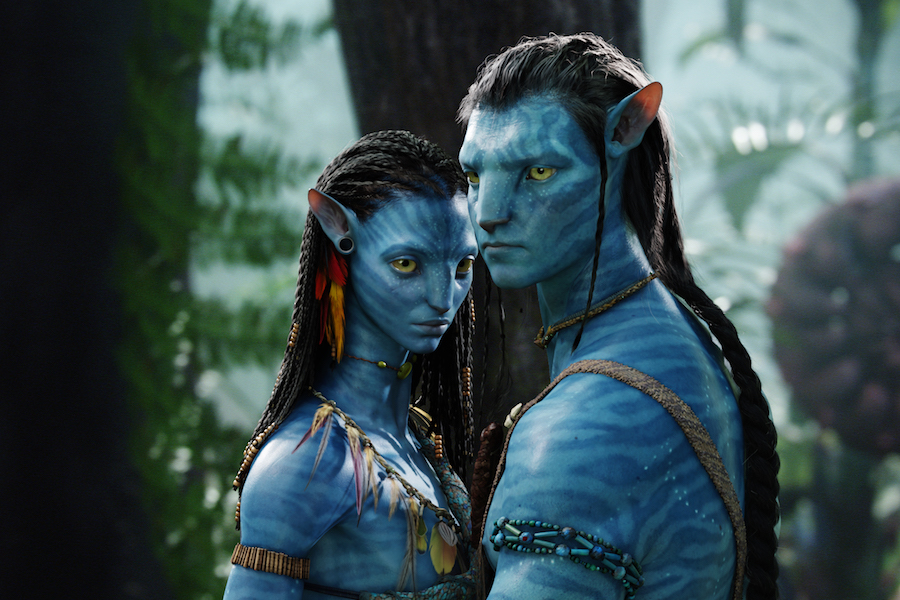 Disney-owned 20th Century Studios’ sequel Avatar: The Way of Water has already become the fifth-highest-grossing theatrical release in history. That fiscal trend is set to expand through the Jan. 29 weekend as director James Cameron’s follow-up to his 2009 blockbuster Avatar looks set to capture its seventh-consecutive weekend box office with a projected $15-plus million in ticket sales.

The movie, which topped $2.92 billion in global revenue through Jan. 26, isn’t expected to have much theatrical competition until the Feb. 17 release of Marvel Studios’ Ant-Man and the Wasp: Quantumania.

Meanwhile, Universal Pictures’ Puss in Boots: The Last Wish and M3GAN are projected to add another $10.7 million and $6.7 million in tickets sales, respectively. Both movies are also available to rent/buy across digital retail platforms.

Neon’s new sci-fi horror release Infinity Pool, about a couple (Alexander Skarsgård and Cleopatra Coleman) on vacation who venture outside the resort grounds and suddenly find themselves in a culture filled with violence, hedonism and terror, is projected to sell $2.2 million worth of tickets across 2,000 screens. 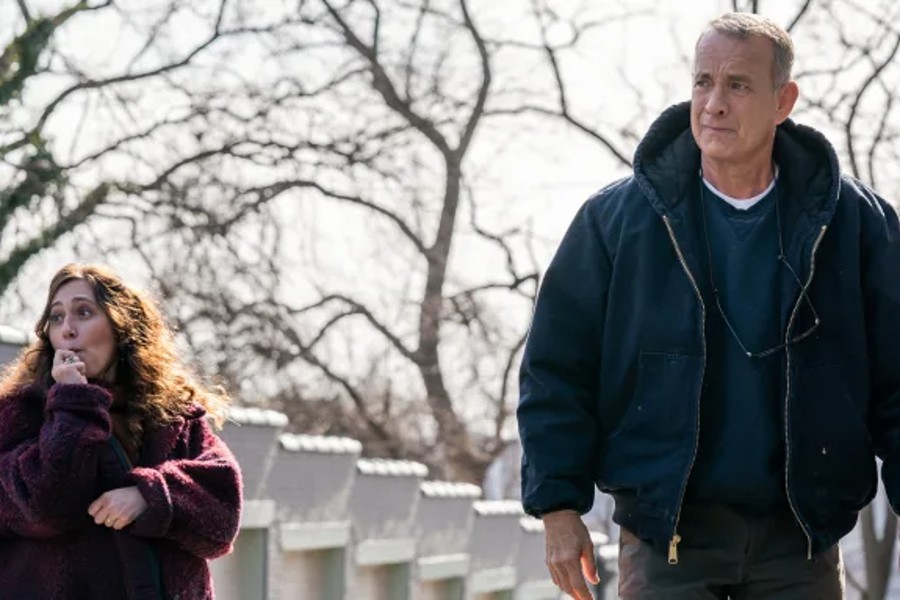 With another $35 million in projected revenue over the Martin Luther King Jr. weekend through Jan. 15, 20th Century Studios’ Avatar: The Way of Water continues to narrow the gap to a $2 billion global box office. The 2009 original Avatar holds the record as the top-grossing movie ever with more than $2.9 billion in ticket sales.

Edged off the podium appears to be Universal’s Puss in Boots sequel, Puss in Boots: The Last Wish, with another $11.2 million in projected ticket sales.

Both Plane and Otto topped $600,000, respectively, in Thursday screenings. 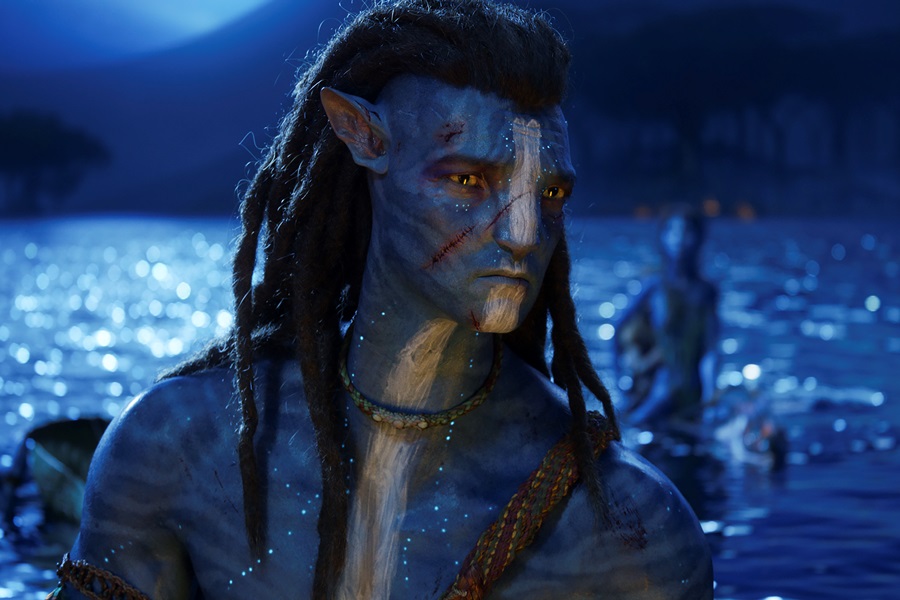 The current box office champ, 20th Century Studios’ Avatar: The Way of Water, is projected to break $400 million via the addition of a reported $73.9 million in revenue across North American theaters through the four-day New Year’s Day weekend that ends Jan. 2, 2023.

The sequel to director James Cameron’s 2009 all-time box office revenue winner, Avatar, which generated more than $2.9 billion in ticket sales, is entering its third weekend. The film has shown strong legs after an above-average opening, topping $1.1 billion in revenue globally through Dec. 28.

The movie is expected to best Paramount Pictures’ Top Gun: Maverick’s international box office of $770 million. The Way of Water enters the weekend with $762.8 million in foreign revenue.

Separately, Universal Pictures/DreamWorks Animation’s Puss in Boots: The Last Wish is expected to finish No. 2, appealing to families with younger moviegoers not suited to see The Way of Water. The sequel to 2011’s Puss in Boots is expected to add around $15 million in revenue, upping its North American tally past $61 million; near $100 million globally.

Finally, Paramount Pictures’ pricey Hollywood period comedy-drama Babylon is setting itself up to sully the studio’s stellar 2022 box office. With a reported 49% Rotten Tomatoes score, the movie co-starring Brad Pitt and Margot Robbie is projected to sell just $3.8 million in tickets over the four-day holiday period — not enough to beat Disney/Marvel’s Black Panther: Wakanda Forever, and only slightly ahead of Universal Pictures’ Violent Night. 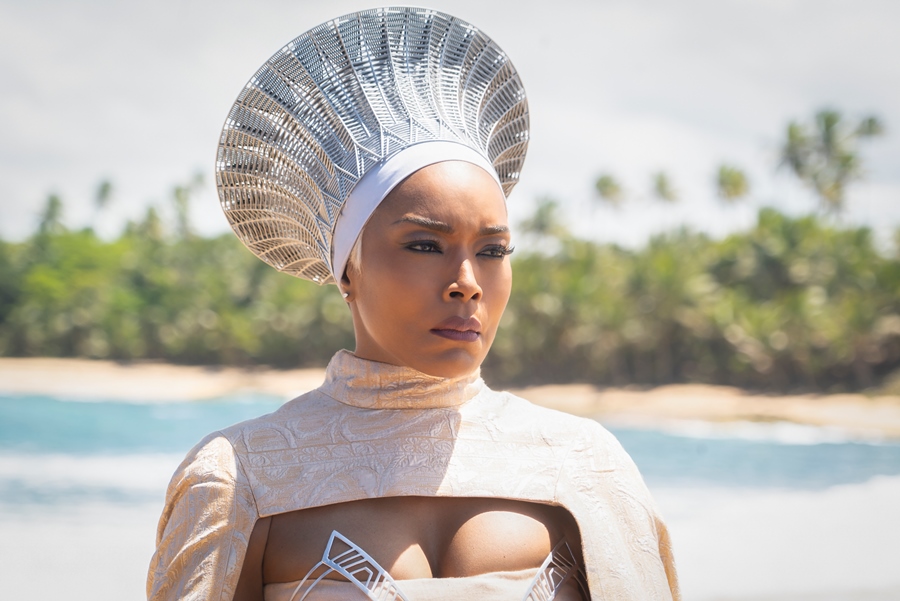 Finally, Sony Pictures’ Navy aviation thriller Devotion, based on the true story of Jesse Brown, the first Black aviator in U.S. Navy history, and his friendship with fellow fighter pilot Tom Hudner, realized another $2.8 million in revenue across more than 3,400 screens. The Korean War drama has grossed almost $14 million since its Thanksgiving debut. 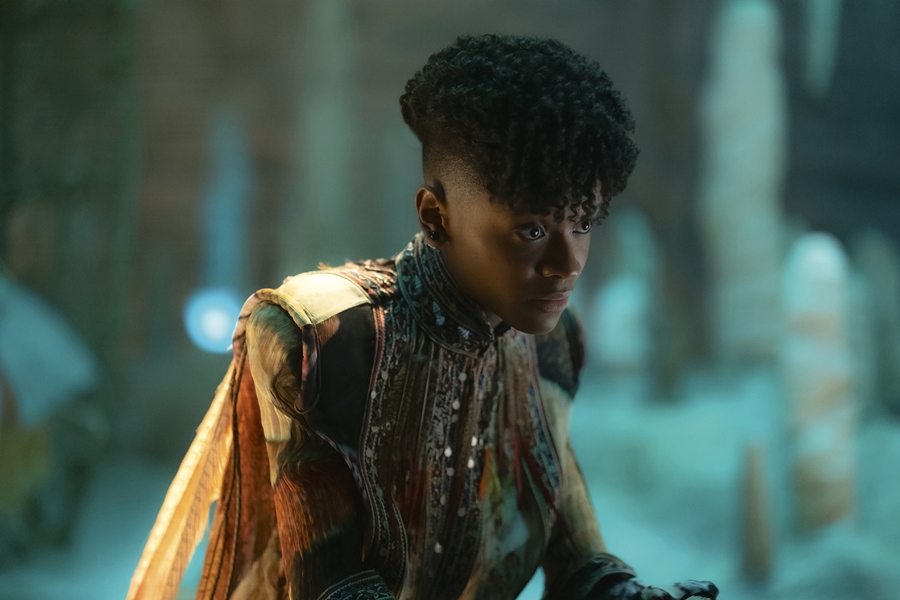 While the tally suggests a steep drop from last weekend’s record $181.3 million in revenue, strong critical acclaim and social media buzz should sustain moviegoer interest in the sequel to the 2018 original Black Panther until Disney-owned 20th Century Studios’ long awaited Avatar sequel, Avatar: The Way of Water, debuts on Dec. 16.

Disney is expected to continue its box office dominance with the debut of Searchlight Pictures’ horror comedy The Menu, starring Anya Taylor-Joy, Ralph Fiennes and Nicholas Hoult. The movie is projected to generate upwards of $10 million across 3,100 screens.

Universal Pictures’ new release She Said, a biographical drama based on movie producer Harvey Weinstein’s history of abuse and sexual misconduct against women, is expected to open to less than $3 million in ticket sales.

That should not be enough to best Warner Bros. Pictures/DC Comics’ Black Adam and Universal’s Ticket to Paradise, with both movies looking to extend their theatrical runs with single-digit million-dollar ticket sales. Adam has topped $358 million in global ticket sales, while Ticket has $160 million in worldwide revenue. 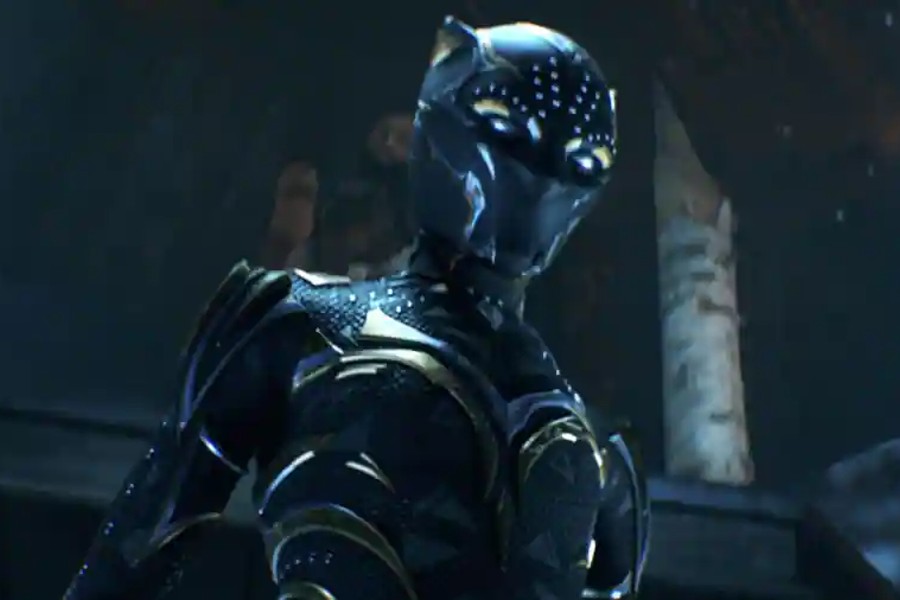 Wakanda Forever topped the previous November record setter, Lionsgate’s 2013 debut of The Hunger Games: Catching Fire, which generated $158 million in its opening weekend. Notably, the sequel did not match the original’s $202 million three-day opening and could finish behind the debut of the Marvel Cinematic Universe’s Doctor Strange in the Multiverse of Madness, which generated more than $187 million in its May 6-8 North American opening.

Regardless, Marvel reigns supreme at the box office until Disney’s 20th Century Studios’ Avatar: The Way of Water, the long-awaited sequel to the No. 1 grossing movie of all time, Avatar ($2.9+ billion), launches on Dec. 16.

Paramount Pictures’ horror film Smile generated more than $2.2 million to bring its seven-week tally past $102 million. Finally, Lionsgate’s Prey for the Devil added $2 million at 2,164 North American screens to lift the movie’s gross to near $17 million. 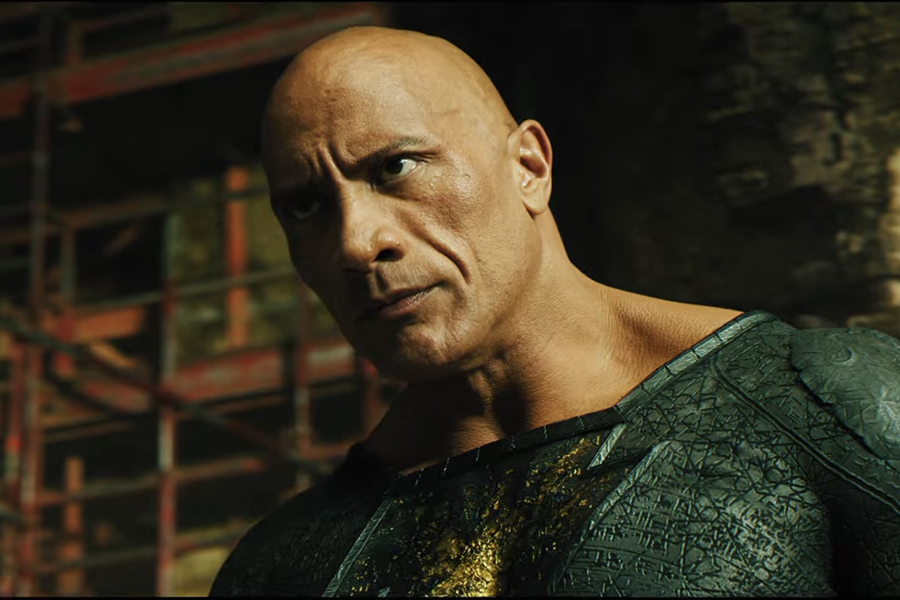 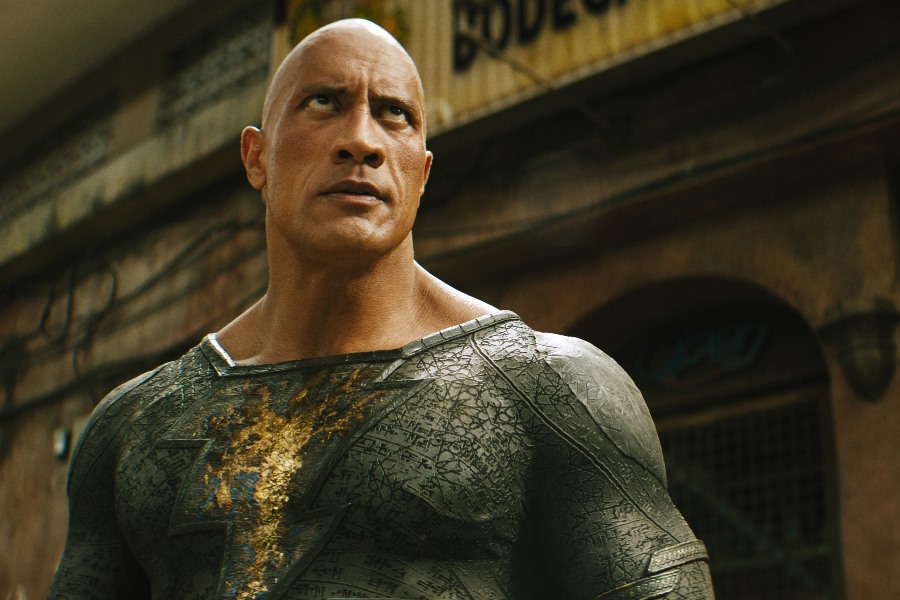 With no major new theatrical releases (until next weekend’s Black Panther: Wakanda Forever), Warner Bros. Pictures/DC Comics’ superhero movie Black Adam would appear a lock to claim its third straight weekend box office through Nov. 6. The Dwayne Johnson actioner has generated more than $256 million at the global box office, including $117.2 million in North America. The movie is projected to sell another $15 million worth of tickets this weekend.

A possible challenge to Adam is Crunchyroll’s anime theatrical release One Piece Film: Red, the latest quirky movie title only anime moviegoers would seem to appreciate. And that’s a lot of people. The movie has already generated $129.5 million in revenue internationally — the bulk coming from the anime-crazy Japanese market. With strong social media buzz, critical praise, and distribution across more than 2,900 North American screens, Red is projected to generate around $10 million in revenue in its North American debut. The movie generated $1.8 million in Thursday preview screenings.

Horror movie holdovers include Paramount Pictures’ unstoppable Smile, which is approaching $200 million in global ticket sales, including $100 million in North America. Lionsgate’s Prey for the Devil is expected to add more than $3 million to a box office that tops $13.5 million worldwide. And Universal Pictures’ Halloween Ends never does, with a projected $1.8 million in new ticket sales despite concurrently streaming for free on Peacock Premium since its theatrical debut.

With little new competition, Warner Bros. Pictures’ anti-superhero movie Black Adam is projected to again rule the weekend box office through Oct. 30. Starring Dwayne Johnson in the title role, the DC Comics-based movie topped $67 million in its weekend debut and is expected to generate less than half of that amount this weekend.

The movie, which has generated $156.2 million in worldwide ticket sales, including more than $80 million in North America, is the first of many DC-based titles Warner plans to release in the future as it stakes much of its theatrical outlook on comic book superheroes.

Lionsgate’s new release, Prey for the Devil, is estimated to bring in less than $8 million in revenue across about 2,900 screens.

Universal’s Halloween Ends is projected to sell more than $4 million worth of tickets, as the third and reportedly final film in the reboot series with Jamie Lee Curtis playing Laurie Strode in her endless battles with sociopath killer Michael Myers tries to break $100 million in global revenue.