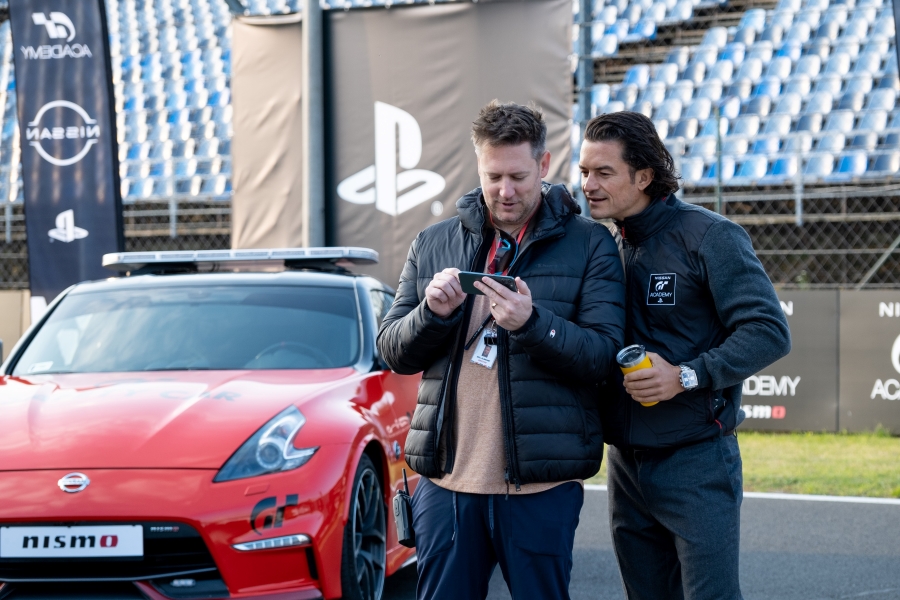 CEO Kenichiro Yoshida took the stage and after a brief introduction in which he touched on satellites, sensors and sustainability, talked up Sony Pictures. “In our film division, we continue to bring to life fascinating stories,” he said against a backdrop of huge posters for Where the Crawdads Sing, Bullet Train, The Woman King and Lyle, Lyle, Crocodile.

“We are particularly proud of films that introduce diverse voices and subjects to audiences,” he added, and then brought out TriStar Pictures president Nicole Brown.

“At Tristar, we want to create incredible cinematic experiences, ones that are noisy, original, director-driven and culturally relevant, and also a lot of fun,” Brown said. She singled out The Woman King and I Wanna Dance with Somebody, the musical Whitney Houston biopic that opened theatrically Dec. 23, 2022.

“We’ve really been collecting filmmakers who are dedicated to the big screen, who want to celebrate cinema, and who have something unique to say and show, and that is a beautiful thing,” she said. “I can’t wait to tell more stories that do that.”

Yoshida then returned to the stage and told the audience — several hundred reporters, analysts and influencers were there in person, while another 14,000 were watching a live stream of the event — that Sony is looking to “continue to explore the potential of our best-loved video game IP as they move from the PlayStation platform to the screen.”

He talked up “The Last of Us,” a series based on the 2013 action-adventure video game published by Sony Computer Entertainment that debuts Jan. 15 on HBO and HBO Max, and noted that Twisted Metal and Gods of War “are being adapted for television, as well.”

But the highlight of this part of his presentation was a sneak preview of the highly anticipated game-based movie Gran Turismo, slated to open theatrically Aug. 11. The film, directed by Neill Blomkamp, is based on the true story of Jann Mardenborough, a teenage Gran Turismo player whose gaming skills helped him win a series of Nissan competitions and become an actual professional racecar driver.

“Now I’d like to talk about the racing game that created a generation of driving enthusiasts and even professional drivers,” Yoshida said. “Gran Turismo generated excitement in racing and influenced people in both the virtual and the real world, so it made sense to bring the story to the big screen.”

He then brought out director Blomkamp, along with Sanford Panitch, president of Sony Pictures Motion Picture Group, and Asad Qizilbash, head of Product, PlayStation World Wide Studios and PlayStation Productions.

Panitch noted that Sony Pictures Entertainment “has more than 10 projects in development and production with PlayStation Productions between the film and television groups.”

“And with Uncharted surpassing $400 million at the global box office,” he added, “we’re pretty energized about where the genre is heading.”

Quizilbash added, “We’re excited about what’s in store for Gran Turismo. It’s a property that revolutionized the racing game genre by simulating the most authentic driving experience.”

Blomkamp said he’s long been a fan of the video game franchise. “The thing that was immediately captivating about it was the fact that for someone who’s as interested in video games as I am, to read a script that was a true story, that organically connected straight into the video game — the character’s a real person, and it’s a super emotional story, and the game itself is interwoven in way I couldn’t believe,” he said.

“And the second thing is just that I love cars, and it was an opportunity to shoot high-adrenaline car photography in a way that really excited me, so i needed to sign on.”