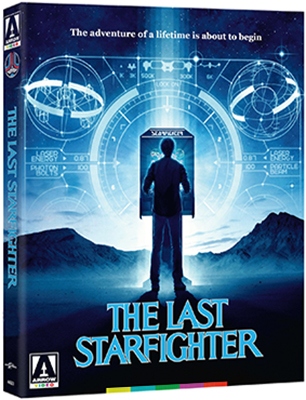 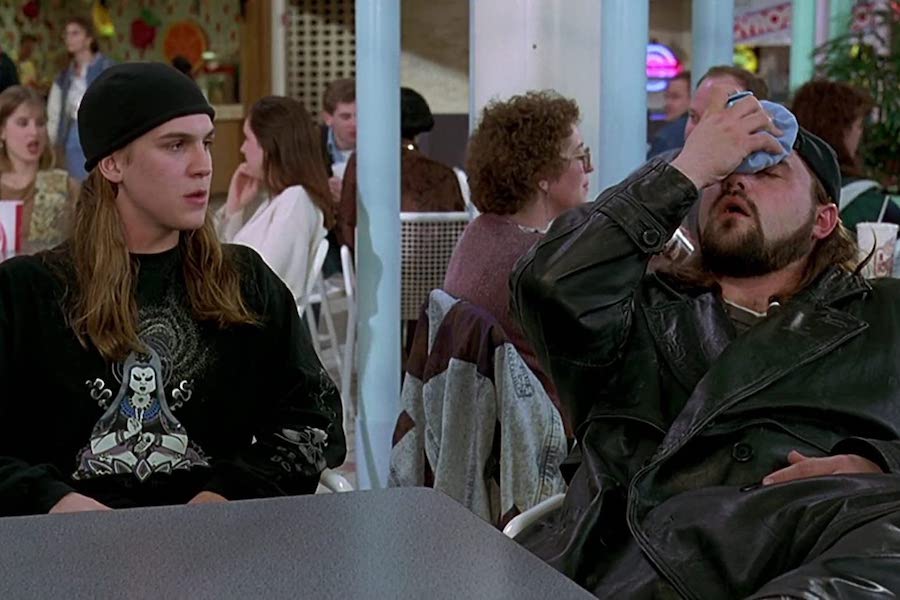 Kevin Smith’s Mallrats, The Last Starfighter and the horror film The Deeper You Dig are among the titles coming to Blu-ray Disc in October from Arrow Video and MVD Entertainment Group. 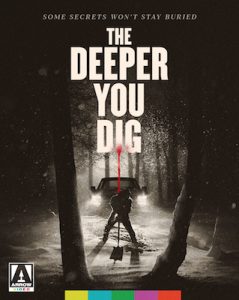 Oct. 6 comes The Deeper You Dig (2019), which follows a mother, daughter and stranger as they deal with the aftermath of a roadside accident. The film is a family affair written and directed by husband and wife tandem John Adams and Toby Poser, who also start alongside daughter Zelda. The limited-edition release also comes with The Hatred, a previously made feature film by the Adams family. Bonus features include a reversible sleeve featuring two exclusive choices of artwork; a double-sided fold-out poster; a limited edition illustrated collector’s booklet featuring new writing by Neil Mitchell; audio commentary by writers/directors/stars Toby Poser and John Adams; “At Home with the Adams Family,” an exclusive, in-depth interview with the trio of filmmakers responsible for The Deeper You Dig; “It’s in the Blood: The Family in the Horror Genre,” an exclusive visual essay by critic Anton Bitel exploring the theme of family in The Deeper You Dig and the Adams family’s broader filmography; a special effects breakdown with commentary by Trey Lindsay; a FrightFest TV interview with the Adams family; Hellbender music videos; the theatrical trailer; and an image gallery. 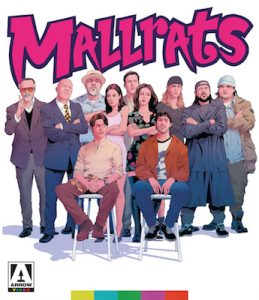 Due Oct. 13 is Kevin Smith’s cult classic Mallrats (1995), a comedy about a pair of recently dumped best friends seeking refuge at their local mall. The new release includes new restorations for both the theatrical and extended cuts approved by Smith and cinematographer David Klein. Bonus features include a newly assembled TV cut of the film featuring hilarious overdubbing to cover up profanity with an intro by Smith; a collector’s booklet featuring new writing by Philip Kemp; a fold out poster featuring replica blueprints for “Operation Drive-by” and “Operation Dark Knight”; audio commentary with Smith, producer Scott Mosier, archivist Vincent Pereira, and actors Jason Lee, Ben Affleck and Jason Mewes; a new introduction to the film by Smith; “My Mallrat Memories,” an all-new interview with Smith; a newly filmed tribute to producer Jim Jacks by Smith; a new interview with Mewes; a new interview with cinematographer Klein; “Hollywood of the North,” a newly produced animated making-of documentary featuring Minnesota crew members who worked on the film; Smith and Vincent Pereira discussing deleted scenes and sequences originally cut from the film; outtakes and behind-the-scenes footage; cast interviews from the original set; “Erection of an Epic: The Making of Mallrats,” an archival retrospective with cast and crew looking at the making of and release of the film; a 10th anniversary archival Q&A with Smith; “Build Me Up Buttercup” music video; stills galleries; the theatrical trailer; a stills gallery of the comic books featured in the film’s opening sequence; and Easter eggs. 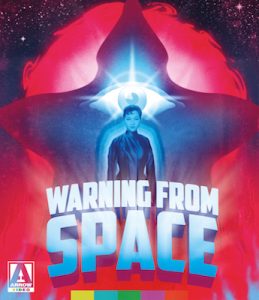 Also coming Oct. 13 is Kôji Shima’s 1956 classic Warning From Space. The first Japanese science-fiction film to be shot in color, it’s the story of giant starfish-like aliens that land in Tokyo. It’s the film’s first-ever HD release in America and includes a newly restored English dub. Extras include a new commentary by Stuart Galbraith IV, author of Monsters Are Attacking Tokyo!; theatrical trailers; image galleries; a reversible sleeve featuring newly commissioned artwork by Matt Griffin; and, for the first pressing only, an illustrated collector’s booklet featuring an essay on artist Taro Okamoto by Japanese art historian Nick West and an essay on the production of the American edit of the film by David Cairns. 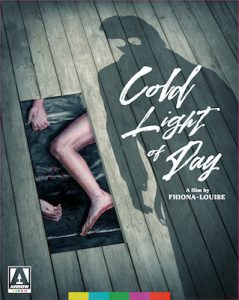 Coming Oct. 27 is the serial killer film Cold Light of Day (1989), a fictionalized story about one of Britain’s most brutal serial killers, Dennis Nilsen. The limited-edition release includes a new 2K restoration approved by the film’s director Fhiona-Louise. Bonus features include a new audio commentary with writer/director Fhiona-Louise; a new audio commentary with film historians/writers Dean Brandum and Andrew Nette; a newly-filmed interview with actor Martin Byrne-Quinn; a newly filmed interview with actor Steve Munroe; an original Cold Light of Day promo film made to raise financing for the feature; the re-release trailer; two short films starring director Fhiona-Louise and photographed by Star Wars DP David Tattershall, newly restored in HD, Metropolis Apocalypse (1988) and Sleepwalker (1993); a reversible sleeve featuring original and newly commissioned artwork by Gilles Vranckx; a limited-edition, die-cut O-card; and a limited-edition collector’s booklet featuring new writing on the film by Jo Botting and a look at how the press reported Dennis Nilsen’s real-life crimes by Jeff Billington. 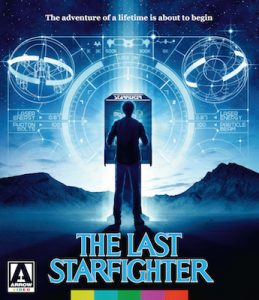 Finally, also on Oct. 27, comes Nick Castle’s The Last Starfighter. Released in 1984, The Last Starfighter follows gamer Alex Rogan who thinks he’s just playing another game until he finds himself transported to another planet where he learns the game was actually a recruitment effort. The Last Starfighter lands with a new 4K scan. Bonus features include a new audio commentary with Mike White of “The Last Projection Booth” podcast; an archival audio commentary with director Nick Castle and production designer Ron Cobb; the “Heroes of the Screen” archival featurette; the “Crossing the Frontier: The Making of The Last Starfighter” archival four-part documentary; image galleries; theatrical and teaser trailers; a reversible sleeve featuring original and newly commissioned artwork by Matt Ferguson; a limited edition reversible poster featuring original and newly commissioned artwork; and a collector’s booklet featuring new writing by Amanda Reyes and sci-fi author Greg Bear’s never-before-published Omni magazine article on Digital Productions, the company responsible for the CGI in The Last Starfighter.