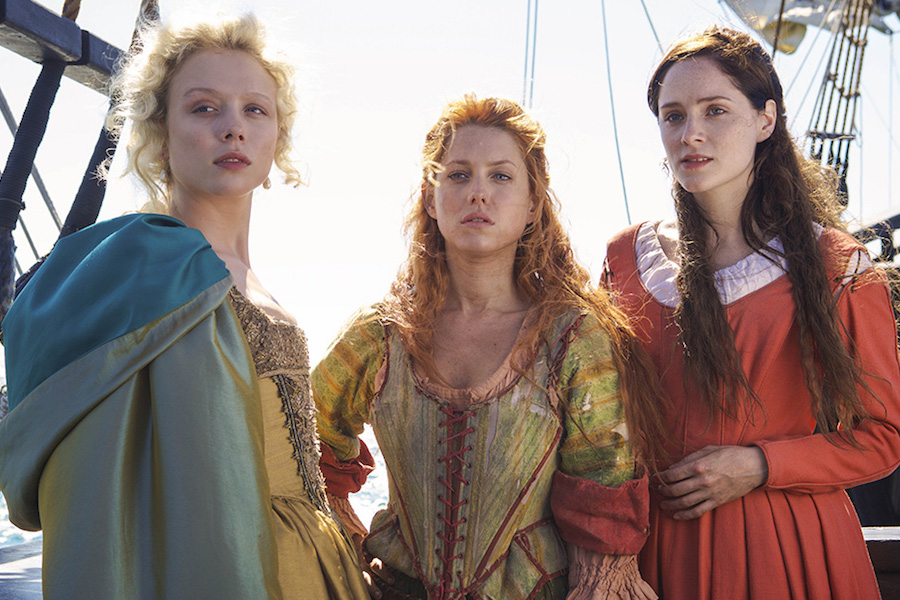 Seasons one and two of “Jamestown” will come out on DVD Jan. 29 from PBS Distribution.

From the producers of “Downton Abbey,” the series follows the lives of three women who decide to leave their dark pasts behind in England and make a new life in 17th century America.

In season one, viewers are taken back to 1619 Jamestown, Va. For 12 years, it has been populated only by men, but the settlement is shaken up when the first women, including Alice (Sophie Rundle), Verity (Niamh Walsh), and Jocelyn (Naomi Battrick), land. The settlement is on the brink of change summoned by the arrival of a new governor who brings new laws that cause power struggles not only within the town, but also with the native inhabitants, the Pamunkey. While love triangles, bitter rivalries, and fierce competition cause conflict for the residents, ultimately, they are bound together by their resolute will to survive and thrive in their new lives.

Season two takes viewers back to a thriving colony, where the tobacco plantations are starting to provide the wealth they promised and trade booms, but the status quo will soon be disrupted by births, deaths and broken marriages.