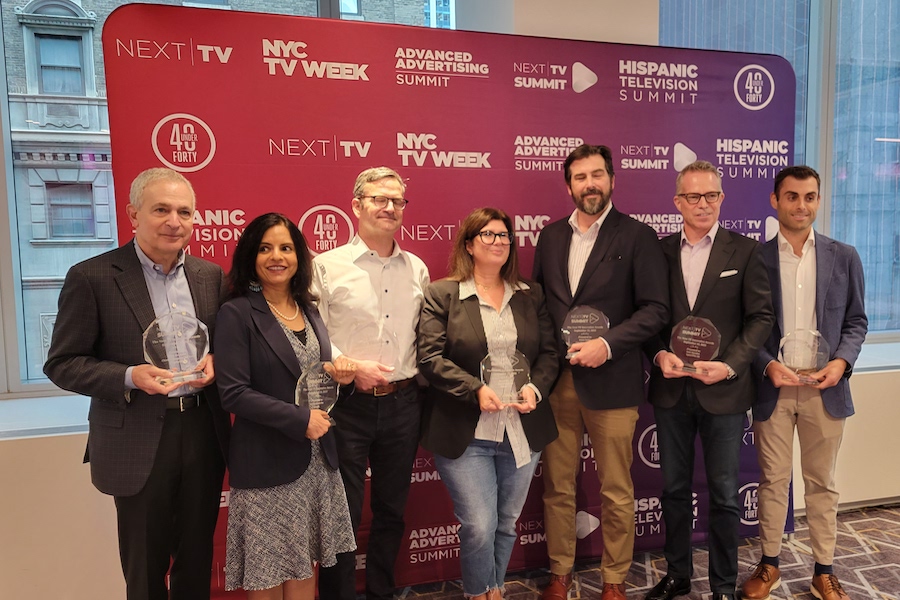 NextTV moderator David Bloom said, among other considerations, the awards — being presented for the first time — were designed to highlight those at “companies and entities that had not been getting recognition.”

In a panel after presenting the awards, he asked the honorees what technology got them into the business.

Rouhana recounted his early involvement as a lawyer in licensing Blake Edwards movies to cable and “working with two startup companies, one called HBO and one called Showtime.” In those days, it was a novel idea to break up the rights to films and offer them in different windows, such as cable. “It gave rise to the independent film business,” he noted.

Skaaden recalled the breakthrough technology of the DVR. “It was all about empowering the user,” he said, which continues to be the trend today.

Govil-Pai, who grew up in Bombay in the heart of Bollywood and even starred in a film as a young child, found that technology was her way into entertainment after figuring out acting wasn’t for her. “The movie was bad,” she joked. “I thought, ‘I can’t enter entertainment with my acting skills.’”

She went on to work for Pixar and YouTube, where “everyone can be a creator.”

Bloom asked the honorees what tech would transform what they are doing in the future.

Figuring out how to find content is “the problem with television today,” Rouhana said, adding, “We broke the industry into 5,000 networks.” He is looking at technology that he hopes will “make it easier to watch television.”

Opeka said Cinedigm has some “creative ideas” to make it easier for consumers to sift through the mountain of content and find “what they are in the mood for.”

Brace said she looks forward to using technology to get “the right ad to the right person at the right time” and “create a better advertising experience for everyone” while also being privacy compliant.