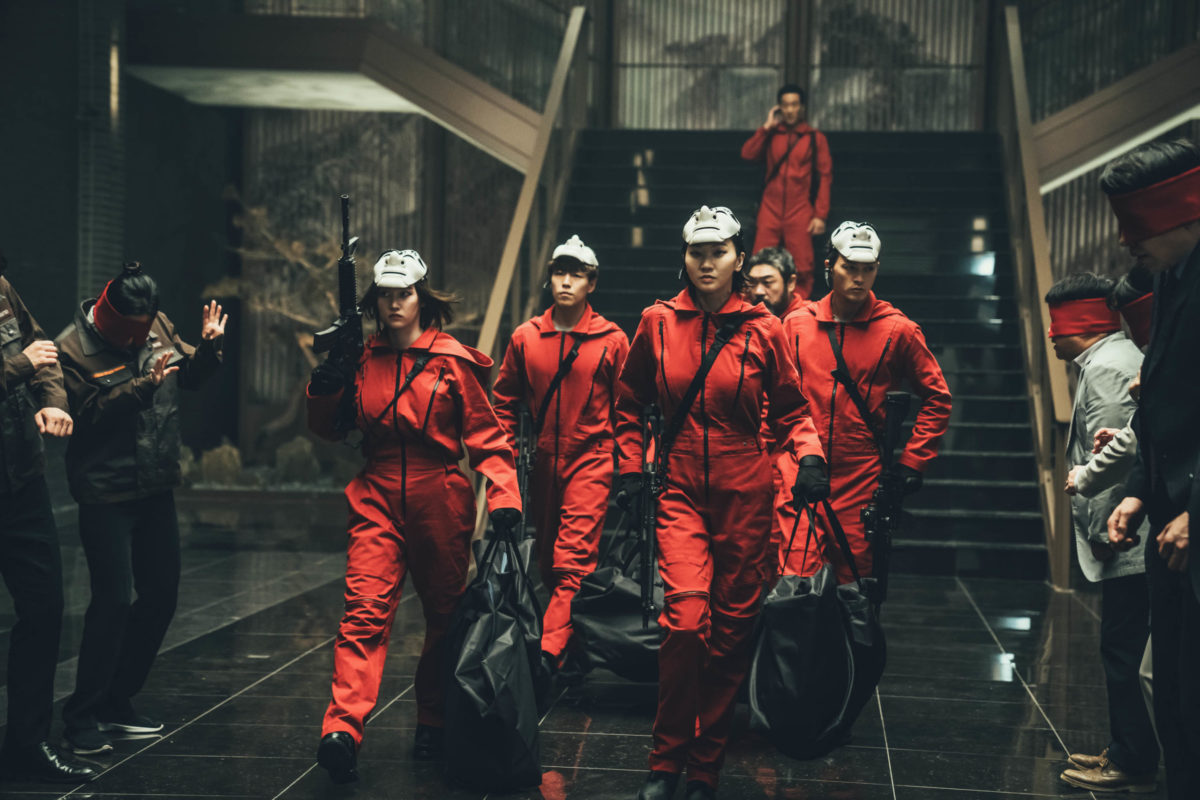 Netflix Korea’s new heist series is proving to be a hit around the world, with “Money Heist: Korea — Joint Economic Area” topping the Global Non-English top 10 this week.

In the new top 10 list, which covers Netflix’s global audiences from June 20 to 26, Money Heist: Korea — Joint Economic Area debuted at No. 1 with 33.7 million hours viewed.

The Korean remake of Spain’s “La Casa De Papel,’ which premiered June 24, raced to the top of the global watchlist in only three days and made the top 10 in 51 countries. The series was also the No. 1 show in South Korea, Indonesia, Vietnam, Malaysia and Thailand.

This new Korean version follows eight thieves as they stage a spectacular heist at a mint in the newly unified zone between North and South Korea. Along with its new setting, the series has been praised by fans for introducing uniquely Korean elements such as the Hahoe mask that the thieves wear

“As a big fan of the original Spanish series, I felt intrigued to tell this vibrant story in a Korean context,” show writer Ryu Yong-jae said in a statement.

Netflix worked closely with the creators to ensure the remake would feel authentic to Korea while also adding fresh nuances to the narrative of the characters and the social commentary of the original.

“The geopolitical element of a North and South Korea on the verge of reunification adds to the powder keg of tension that makes the original so beloved,” Keo Lee, director of content for Netflix Korea, said at an earlier panel.

“We were very lucky when we received this pitch from Ryu and the producing team, which felt like the right framework for a remake that would be respectful to the original while bringing something new that fans in Korea and globally would appreciate.”

“Money Heist: Korea — Joint Economic Area” is the latest in a series of Korean shows to lead the global top 10 list. In the first half of 2022, shows including “All of Us Are Dead,” “Juvenile Justice” and “Business Proposal” have all reached No. 1 with global audiences.