Paramount Global ended the most-recent fiscal period with 67 million subscribers across the Paramount+, Showtime, Noggin and BET+ streaming platforms. The media giant now believes it will exceed previous year-end estimates of 75 million global subscribers — and plans to raise subscription pricing in the near term, according to CFO Naveen Chopra.

“We’re very bullish about … actually accelerating growth in Paramount+ subscribers … with some adjustment for services we shut down in Russia,” Chopra said. “And that is, again, very much content-driven and distribution-driven.”

The executive said the studio’s six No. 1 box office releases this year (Top Gun: Maverick, Scream, Smile, The Lost City, Jackass Forever, Sonic the Hedgehog 2), the Paramount+ debut of Smile, the arrival of Maverick on the platform in December, new series “Tulsa King,” starring Sylvester Stallone, the next “Yellowstone”-themed series “1923,” and the return (from Netflix) of former CBS series “Criminal Minds” on Thanksgiving, all give management confidence that the previous subscriber guidance was too cautious.

“I couldn’t be more excited about the trajectory that we’re seeing there,” Chopra said.

With that confidence comes the reality that market conditions warrant the pending first-ever price increase for Paramount+, which, coupled with increases in projected ad-revenue from the less-expensive subscription tier, could increase the average revenue per user, or ARPU.

Paramount+ currently costs $5.99 with advertising, and $9.99 without ads. The company expects to have 100 million D2C subscribers by the end of 2024, along with streaming revenue in excess of $9 billion.

“We’re now starting to see some of the other comparable streaming services in the marketplace taking price up, something we expected would happen,” the CFO said. “And that actually gives us room now to start increasing price on our service while maintaining sort of that value positioning. I think the market has not fully appreciated the long-term trajectory that we expect to see in this business.”

Paramount Global is set to launch SkyShowtime, a joint venture subscription streaming service with Comcast, next month in select European countries, excluding the U.K., Ireland, Germany and Italy — all markets currently covered by Sky TV. Sky will be offering Paramount+ as an add-on service to subscribers.

“It’s a very powerful content offering when you stitch those two things together,” Chopra said. “And one of the reasons that we entered into that JV is because it allows us to address some of these markets where it doesn’t make sense to do so on a pure [owner/operator] basis.”

The CFO said the JV afforded both Paramount and Comcast to explore new streaming markets that don’t have the requisite scale to support a singular service and returns on investment. In some cases, Chopra said the economic structure of how content is made available in those markets makes it challenging to invest too aggressively from a streaming perspective, considering the availability of free over-the-air content from third-party competitors.

“Every market is a little bit different … so we like that [JV] model in certain situations,” he said.

“With Reliance’s involvement, there will be great local content, unrivaled distribution capabilities,” Chopra said. “You don’t really bet against Reliance in the Indian market. And for us, we’re able to participate without investing any incremental capital. So, for the skeptics, I think it is a very smart way to plan ahead.” 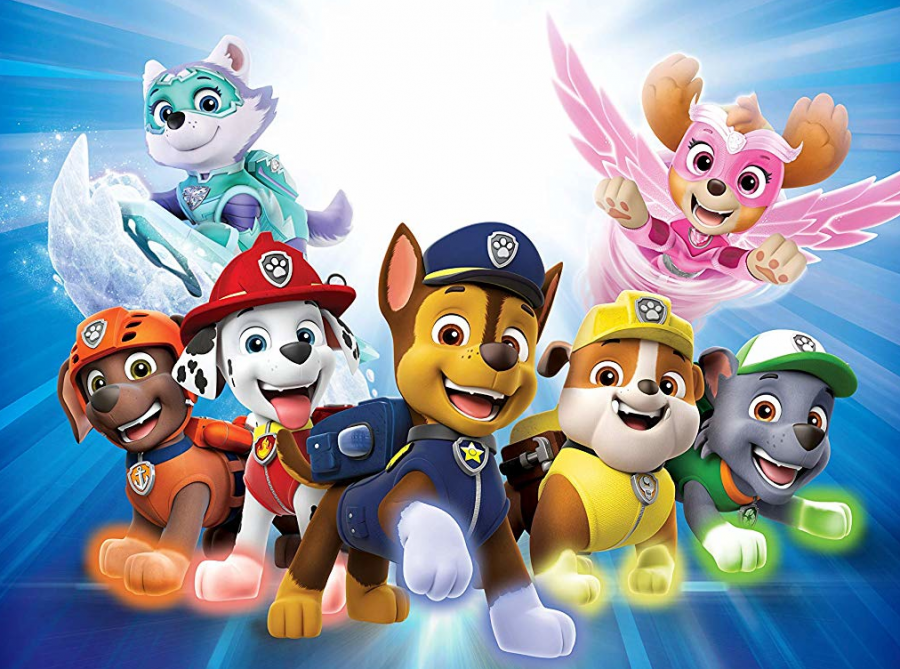 ViacomCBS streaming platform Paramount+ may be late to the SVOD party, but the service is taking giant steps to reach scale and market penetration in the United States and worldwide.

Borrowing a strategic page from other media companies, ViacomCBS is intertwining movie and TV production, in addition to distribution, around streaming with a goal of enhancing existing linear and developing digital pathways to the consumer.

Speaking Sept. 14 at the virtual Banc of America Securities 2021 Media, Communications & Entertainment Conference, CFO Naveen Chopra said Paramount Pictures’ releases would continue to be a vital component to the media company’s ability to connect with audiences.

“Movies have always had the ability to be monetized through multiple channels, and the difference today is that we have more distribution options for our films than we’ve ever had,” Chopra said. “And you’re starting to see us take advantage of that.”

“Paw Patrol’s box office results actually exceeded studio expectations when we thought the movie would be an exclusive theatrical release [pre-pandemic],” Chopra said. “The simultaneous release on P+ was very synergistic. The streaming release definitely helped drive awareness and interest in seeing the movie in the theater. And the theatrical release did a lot to [market] the movie on Paramount+, and really drove it very quickly to become the most-watched originals we have released on the service.”

The CFO said the streaming service also enhanced the movie requisite ties with consumer products and toys entering the winter holiday period. That said, Chopra reiterated that incorporating streaming with theatrical is not a “one-size fits all” approach.

He said the box office sequel A Quiet Place Part II realized an exclusive 45-day theatrical window before streaming on Paramount+, while titles such as Infinite and the pending new “Paranormal Activity” release will debut on the SVOD platform.

“What we’re doing is looking at our films on a case-by-case basis, and we’re trying to optimize, based on the specifics of the movie, other constituents that are involved, and the realities of the pandemic,” Chopra said. “We’re trying to make the best decisions for each of those movies, and so far, I think it has worked very well.”

“The fact is, the theatrical environment is still very dynamic, and very different in different parts of the world,” Chopra said. “And in order to really maximize the value of those assets, it makes sense to wait.”

ViacomCBS July 1 announced that Naveen Chopra has been named the new CFO, effective Aug. 10, succeeding Christina Spade, who will transition into an advisory role after the media company’s second quarter earnings call.

Chopra joins ViacomCBS from Amazon, where he served as CFO of Amazon’s devices and services business (i.e. Alexa, Echo, Fire TV, Ring, Kindle and the Amazon Appstore). In his new role, Chopra will be responsible for ViacomCBS’s financial operations, including treasury, tax, accounting, investor relations, information security and real estate, as well as global corporate development and strategy. Chopra will report to Bob Bakish, President and CEO of ViacomCBS.

“Naveen is a talented leader who combines financial, strategic and operational expertise with hands-on experience growing innovative, consumer-focused businesses across the media and tech sector, Bakish said in a statement.

Current CFO Spade departs after 20 years at Showtime Networks and CBS, and played a pivotal role in the integration of CBS and Viacom. In recent months she helped to lead ViacomCBS through the coronavirus pandemic, strengthening the company’s balance sheet to ensure it is well positioned to continue navigating the current economic environment.

Previously, she served for six years as CFO and strategy for Showtime Networks, where she stewarded the implementation of key financial operational and reporting systems and helped scale Showtime’s streaming platform at its launch in July 2015.

“I want to extend my deepest thanks to her for her leadership and counsel, and for helping to ensure a smooth transition,” Bakish said.