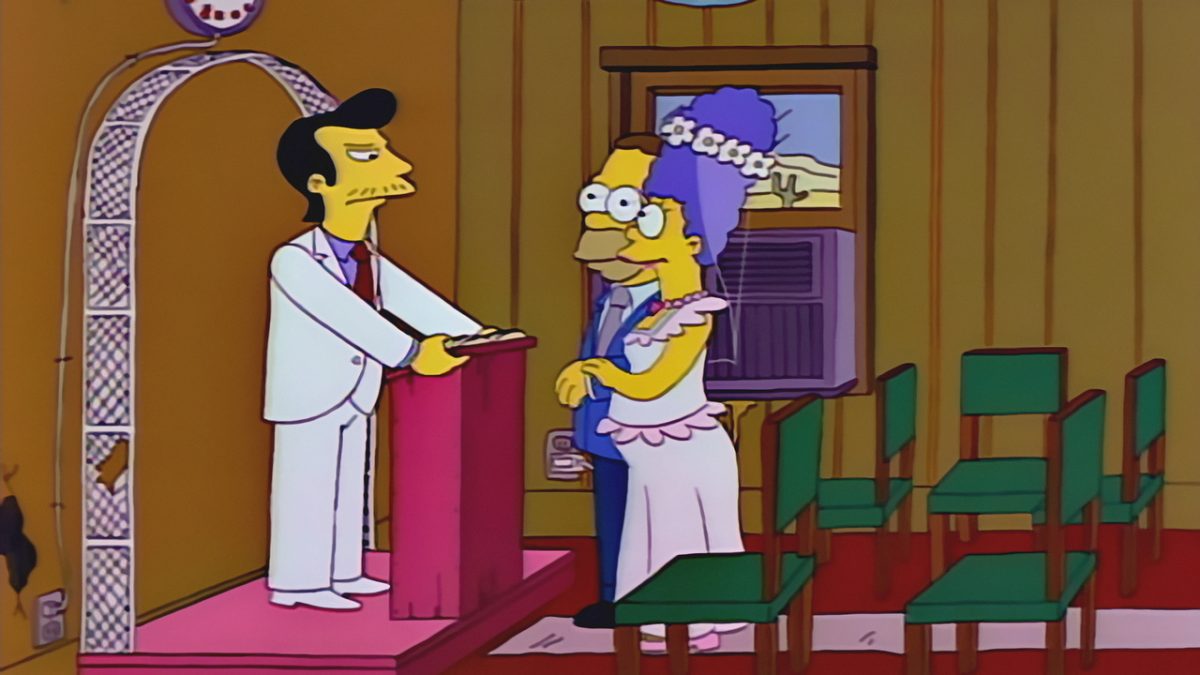 Pomp and ceremony are common marriage themes in movies and TV shows from over-the-top opulence in Crazy Rich Asians to “The Simpsons'” low-budget cartoon nuptials.

New data from Raisin U.K., a British online financial services firm, delved into how much fictional weddings in television series such as “Friends,” “Downton Abbey,” “Schitt’s Creek,” “The Simpsons,” and movies Cinderella, Sex and the City, Shrek and The Twilight Saga, among others, would cost in today’s economic reality.

Of the 20 weddings analyzed, the wedding of Colin and Araminta from Crazy Rich Asians topped all budgets, with their Singaporean nuptials costing a sweet $8.86 million, based upon estimated costs of the venue, dress, entertainment, flowers and transport.

As the heir to a property and hotel chain, it seems that this may just be a dip in the ocean for the couple – and as the name of the movie suggests, they are Crazy Rich.

Carrie and Big’s aborted ceremony from the Sex and the City movie also wouldn’t be cheap – costing an estimated $157,426.

Despite this being a hefty price tag, many factors kept the cost down for this celebrity couple. Carrie’s Vivienne Westwood dress was gifted to her following a Vogue cover shoot, and due to Big’s cold feet – their wedding reception wasn’t really necessary. 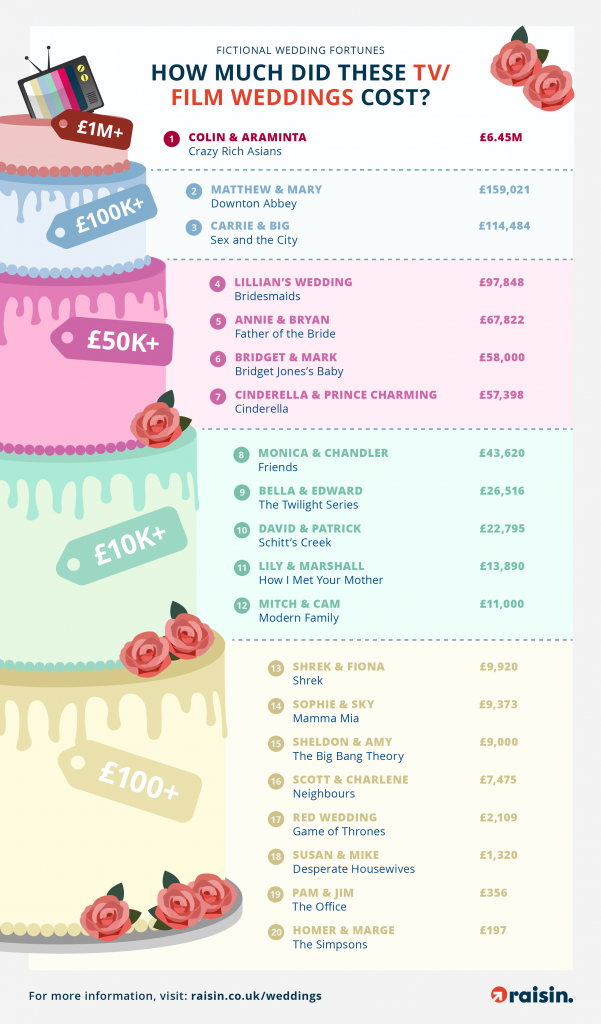