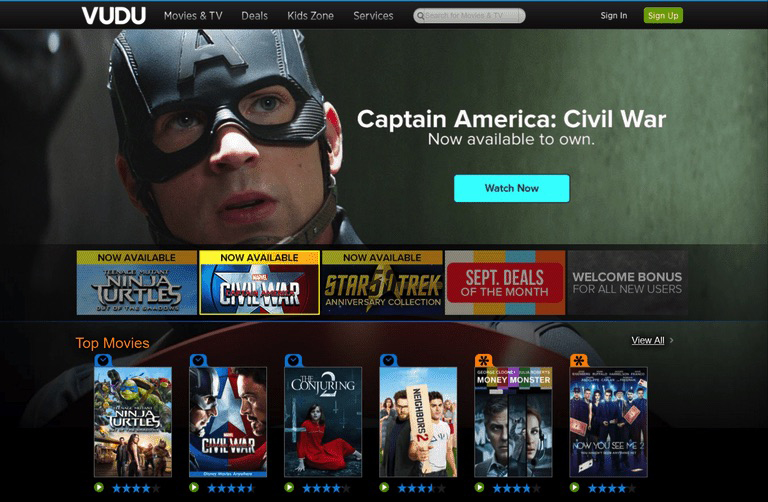 Walmart-owned Vudu.com reportedly signed a deal with MGM Studios for original content to be made available on the transactional VOD platform’s ad-supported “Movies on Us” service.

“We feel it will be a great source of family-friendly, advertiser-friendly content – which won’t be viewable anywhere else,” Scott Blanksteen, Vudu’s VP of product and ad-supported VOD, told Variety, which first reported the deal.

While media reports have suggested Walmart is dipping its toes into subscription video-on-demand distribution, Blanksteen said the MGM deal is not about SVOD, but rather ad-supported OTT video.

“I wouldn’t rule that out for the future, but there are no concrete plans or discussions for that now,” he said.

Launched in 2016, “Movies on Us” features a catalog of more than 7,000 catalog TV shows and movies free (with a Vudu account) to stream with commercials. Content providers include Paramount Pictures, Warner Bros., Lionsgate, MGM and Anchor Bay Entertainment.

The platform mirrors a growing number of ad-supported OTT video services such as The Roku Channel, Shout! Factory TV and Sony Crackle.

Vudu, which offers more than 180,000 studio movies to buy and rent, is also testing targeted advertising and direct-to-consumer ecommerce.

With Walmart actively promoting ecommerce in an attempt to better compete with Amazon, Vudu is testing direct shopping links as well as product information requests.

“Walmart tends to be a crawl-walk-run company,” Blanksteen said. “We feel like we are driving in the direction of building a great, on-demand network.”