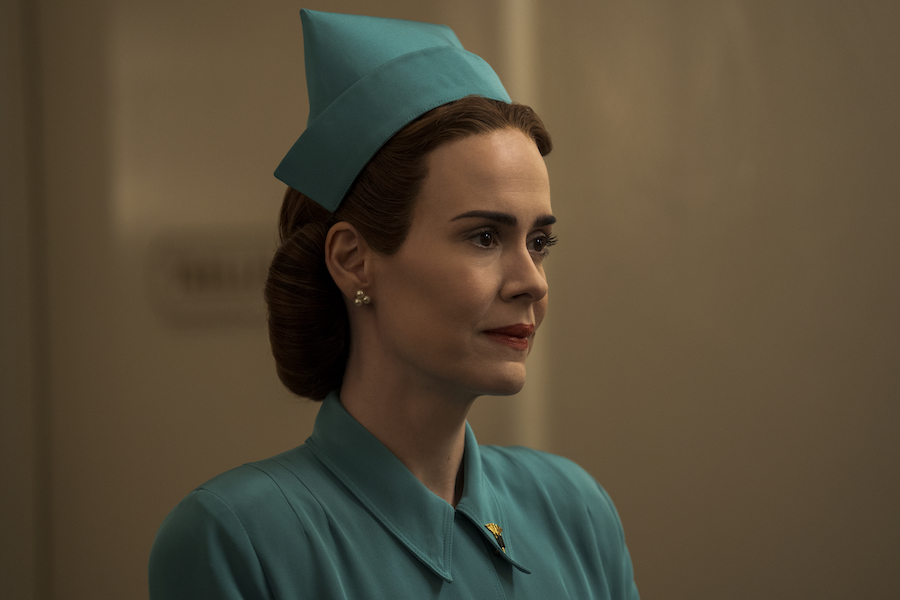 Netflix Oct. 16 disclosed on social media that the original series “Ratched” generated 48 million viewers in its first 28 days of release. It was Netflix’s biggest viewership for original content in 2020. The service registers a viewer after two-minutes of content streaming.

The stylish horror period drama series starring Sarah Paulson launched on the SVOD giant’s platform on Sept. 18. Paulson plays Mildred Ratched, who cons officials at a mental hospital into hiring her as a nurse. The series is a fictional precursor to the nurse Ratched character in the 1976 Oscar-winning movie One Flew Over the Cuckoo’s Nest.

Netflix in July disclosed to Bloomberg a list of its all-time top-viewed movies, which featured Chris Hemsworth’s actioner Extraction in first place with 99 million views. In the No. 2 spot: Sandra Bullock thriller Bird Box, which generated 89 million viewers and featured Sarah Paulson in a brief role. No. 3 is Spenser Confidential with 85 millions viewers.