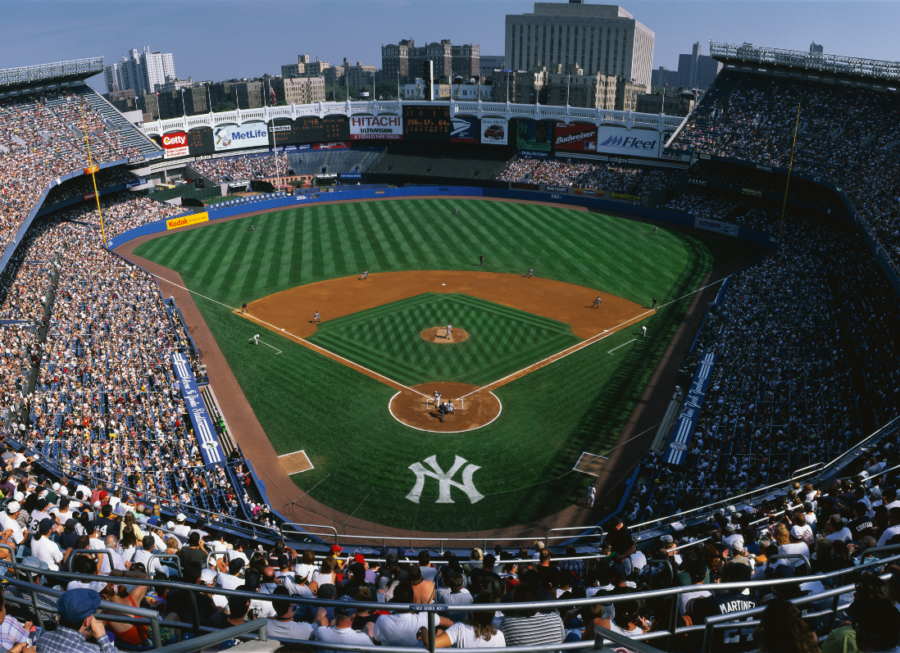 The games are available only to Prime Video users in the states of New York, Connecticut, New Jersey and Pennsylvania. Streamers living outside of these regions can access Yankees games via Major League Baseball’s long-running MLB.TV subscription streaming service.

The exclusive Yankees Prime Video games (at 7 pm) include:

NBCUniversal’s Peacock streaming service will become the exclusive home to a new Major League Baseball game of the week streaming/broadcast package beginning May 8.

The first game (Chicago White Sox vs. Boston Red Sox from Fenway Park on May 8 at 11:30 a.m. ET) will be simulcast on the NBC broadcast network, with the remaining 17 games available exclusively on Peacock’s premium service (full schedule below). In addition, Peacock will be the exclusive home of the SiriusXM All-Star Futures Game — featuring top minor league prospects — which will be played during All-Star Week in July at Dodger Stadium in Los Angeles.

“Expanding Peacock’s premium live sports offering for subscribers remains a top priority and we are very excited to partner with MLB to bring a new, exclusive package of games to Peacock on Sunday mornings for baseball fans,” Rick Cordella, EVP and Chief Commercial Officer for Peacock, said in a statement.

“As consumption habits continue to evolve, it is important for us to provide new ways for fans who are outside the cable bundle to watch MLB games,” said Noah Garden, Major League Baseball chief revenue officer. “This agreement marks an exciting new chapter to the extensive history of innovation between MLB and NBC Sports in delivering exciting baseball action to our fans.”

The first Major League Baseball television broadcast was a 1939 Cincinnati Reds-Brooklyn Dodgers doubleheader on W2XBS (the precursor to WNBC-TV) in New York. NBC Sports was a home to the first World Series broadcast in 1947, the first All-Star Game nationally broadcast in 1952, and has televised 39 World Series — more than any other network. Additionally, from 1957 to 2000, NBC Sports was home to a wealth of baseball programming, including Game of the Week and Monday Night Baseball telecasts, more than 30 All-Star Games, and countless Postseason moments.

With the national pastime in the throes of postseason play, Major League Baseball is reportedly considering launching a branded subscription streaming service to supplant declining pay-TV viewership. The service, which would cost $10-$20 monthly, could start by the 2023 season.

MLB currently operates MLB.tv, a SVOD service affording subscribers access to out-of-market games. The new service would co-exist while sharing revenue with pay-TV operators, according to The New York Post, which first reported the news.

“We believe those digital rights are crucial,” MLB Commissioner Rob Manfred told the recent CAA World Congress of Sports conference. “And we want to own and control the platform on which they’re delivered, we may have partners in that process.”

A possible challenge to any launch is the Sinclair Broadcast Group, which owns regional TV rights to 14 MLB teams, including streaming agreements with Amazon for the New York Yankees and, separately, the Chicago Cubs.

Sinclair acquired the former Fox Sports regional rights (which include 16 NBA teams, and 12 NHL teams) from Disney for $9.6 billion. Since then, viewership has declined with Dish, Hulu and YouTube TV dropping coverage. The media report suggests Sinclair would be open to working with the MLB’s streaming service in exchange for the league lowering its annual carriage fees.

MLB Spring Training games begin this weekend in Florida and Arizona, respectively, with Opening Day scheduled for April 1, featuring a quadruple header on ESPN. All 30 clubs are scheduled to play their first regular season games that day.

The MLB Channel will air a variety of curated content intended to capture the excitement and nostalgia of America’s national pastime. Programming includes World Series and All-Star games and milestones, episodes of “Epic Moments,” “Baseball’s Seasons” and “Cathedrals of the Game” in addition to curated clips and playlists featuring top plays from the legendary sport.

“To be able to add a Major League Baseball channel for the first time is a landmark event both for us and for baseball fans who are always looking to watch more of their favorite sport,” Will Gurman, VP of global content partnerships at Pluto TV, said in a statement.

Viewers can stream the MLB channel on Pluto TV across all major mobile, connected TV and Web-based devices.

“We started this season with free MLB.tv for T-Mobile and legacy Sprint customers, and now with “Beyond the Bases,” we’ll bring even more baseball to the fans,” Mike Sievert, CEO of T-Mobile, said in a statement.

T-Mobile in 2018 became the first telco provider to offer select subscribers free access to Netflix for a year. The promotion proved so popular Disney offered a similar deal for Disney+ to Verizon subs. This year, T-Mobile expanded third-party SVOD access with a promotion for MLB.tv, which affords subs access to all out of market games.

T-Mobile’s MLB promotion includes a trivia contest raising funds to helps cover Little League Baseball and Softball registration fees for kids in need around the country. Little Leaguers will also get the chance to ask their own questions to the MLB players on a weekly basis.

T-Mobile users can sign up to get notified about upcoming episodes and be entered to win a free trip to the MLB All-Star Week in Atlanta in 2021 — including VIP access to the T-Mobile Home Run Derby and All-Star Game, All-Star Sunday, including the All-Star Legends and Celebrity Softball Game.

Major League Baseball proved to be a home entertainment winner, delivering strong TV ratings on its opening weekend of games July 23-26. Citing a lack of competing sports (the NBA and NHL re-started their seasons July 30 and Aug. 1, respectively) and a fanbase starved for live competition, MLB said viewership was double than during the previous-year weekend.

The first 12 games of the truncated 60-game season broadcast on ESPN reportedly averaged 1.16 million viewers, which was up 34% from last year. The July 23 league opener featuring the New York Yankees and Washington Nationals generated 4 million viewers, the highest for a regular-season game since 2011.

“Whatever challenges were presented by the absence of fans was very much outweighed by the optimism,” Michael Mulvihill, head of strategy and analytics at Fox Sports, told The Wall Street Journal. “There was the expectation of a great, pent-up appetite for baseball.”

That said, a spike in coronavirus infections among players on the Miami Marlins threatens to derail a season that is already played live in empty stadiums. The infections have caused postponement of 33 games through Aug. 2.

“You have to flatten the curve before you can move forward,” John Mozeliak, president of baseball operations for the Cardinals, told a local radio show. “So over the last couple days, we’ve been trending in the wrong direction, and hopefully we get some better news today.” 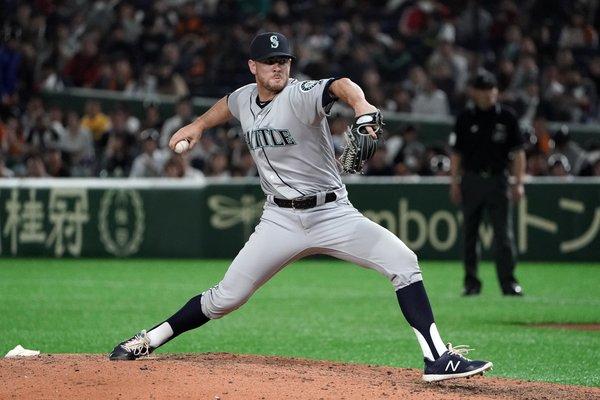 YouTube April 30 disclosed it has expanded its relationship with Major League Baseball that includes the right to live-stream 13 games for free during the second-half of 2019 season in the United States, Canada and Puerto Rico.

The deal mirrors last year’s deals between MLB, Amazon and Twitter that brought the national pastime to social media and beyond the league’s MLB.tv subscription streaming service. 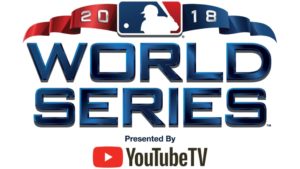 YouTube TV also partnered with MLB on a season-long sponsorship — “First Pitch” – that showcased the YouTube TV brand during the first pitches of games on MLB Network and MLB.tv, and on MLB.com and MLB social channels.

More than 70 years of watching Chicago Cubs baseball broadcasts over the air is coming to an end.

The 2016 World Series winner and Sinclair Broadcast Group Feb. 13 announced a partnership to create the Marquee Sports Network — a new regional sports network (RSN) to be marketed to cable, satellite and telco pay-TV operators beginning in 2020.

“We’ve been looking at this for a while,” Crane Kenney, president of business operations for the Cubs, told the Chicago Tribune. “We think the new network is going to give our fans unprecedented access and a richer, deeper connection to the team.”

The move comes as RSNs — notably those owned by Fox and Disney — come under increased interest by third parties, including over-the-top video behemoths Amazon and Yahoo.

The Cubs and Sinclair also plan to market their network to OTT platforms.

“We have strong relationships with cable companies and satellite operators,” said Sinclair CEO Chris Ripley. “That is a key function we will fill here.”

Bob Leib, a professional sports consultant, told the Tribune that even in a loss-leader priced video world, consumers are willing to pay for sports – a reality driven by affiliate fees charged by the Cubs and Sinclair for the RSN.