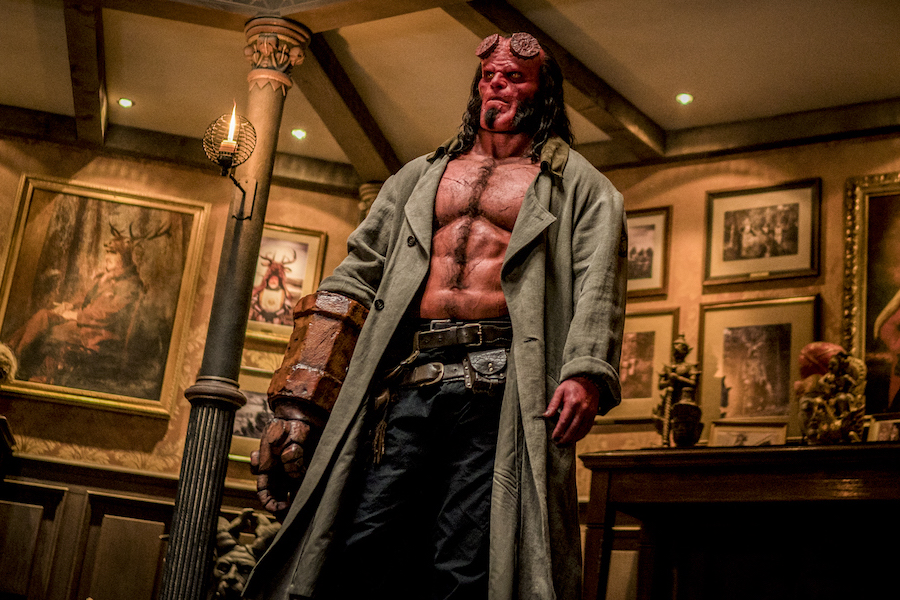 Fifteen years after the first film and numerous comic book movies later, producers felt Hellboy was ready for a comeback — with a darker hero, a new focus on adhering to the source material and involvement by creator Mike Mignola. 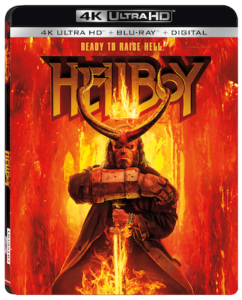 Lionsgate’s reimagining of Hellboy is available now digitally and on Blu-ray, DVD and 4K Ultra HD Blu-ray Disc (with Dolby Vision HDR and Dolby Atmos audio) July 23 including deleted scenes and previsualizations. The Blu-ray and digital versions also include the making-of documentary featurette “Tales of the Wild Hunt: Hellboy Reborn.”

“I loved the story, and I loved that it was based very much on the comics,” says David Harbour (Hellboy) in the featurette, adding “it’s a Hellboy with more internal struggle, with more sort of torture.”

“For me it’s actually fun to kind of get a second chance to create Hellboy,” comic creator Mignola, who is also an executive producer on the film, says in the featurette. “We’re doing in some ways some-thing that’s much more close to my material, but we’re creating a new variation on the Mike Mignola Hellboy.”

Based on the Dark Horse comic book created by Mignola, the film finds the half-demon super-hero Hellboy as he is called to the English countryside to battle a trio of rampaging giants and finds himself confronting an ancient sorceress (Milla Jovovich). The film also stars Ian McShane, Sasha Lane, Daniel Dae Kim and Thomas Haden Church.

The 2010 comic anthology Hellboy Vol. 9: The Wild Hunt, which reveals Hellboy’s origin story, is one of the inspirations for the film.

“The story of Hellboy is baked into the story of the Wild Hunt,” producer Lloyd Levin says in the featurette.

Much of the dialog, in fact, is taken directly from the comics.

“It created an opportunity to do a Hellboy movie that was more faithful to what Mike Mignola had created,” he adds.

“This one feels very different than the other films,” Mignola says. “While it’s not a direct adaptation of one of my stories, it’s taken so many pieces of so many of my stories and fit them together in a way that really works.”

McShane, who plays Professor Trevor “Broom” Bruttenholm and father figure to Hellboy, also notes the comic influence in his character.

“They’ve made this character more like the original sort of Indiana Jonesy kind of character that he was when he found Hellboy,” he says in the featurette.

As part of her preparation for her role of Nimue, the Blood Queen, Jovovich went out and bought hardbound editions of several comic collections. “The illustrations are phenomenal,” she says. “I saw how beautifully they were done, and how much heart and soul the stories had, and thought, wow, we could really do something great here.”

Going back to the source was a mantra for the Lionsgate marketing team as well. In keeping with the strategy of staying close to the comics, the team created retail exclusives with unique custom artwork and other extras to harken back to the film’s comic book roots: 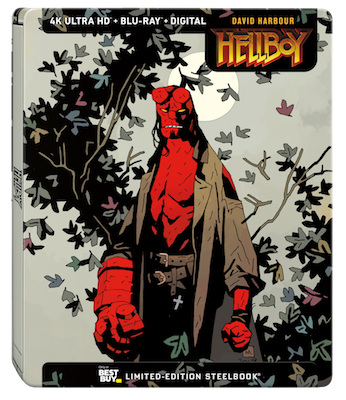 With purchase of the 4K UHD  Combo Pack, Blu-ray Combo Pack or DVD at Walmart, Hellboy fans receive a PIN on their receipt for the download of Mike Mignola’s comic Hellboy: The Wild Hunt — the inspiration for the film. The comic is redeemable through Walmart’s Kobo e-reader or through Rakuten Kobo’s eBooks app on mobile. 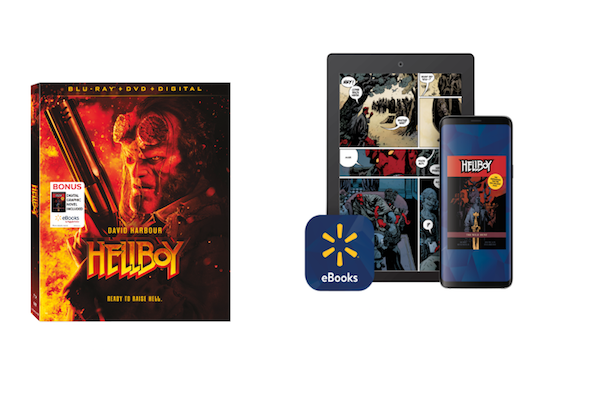 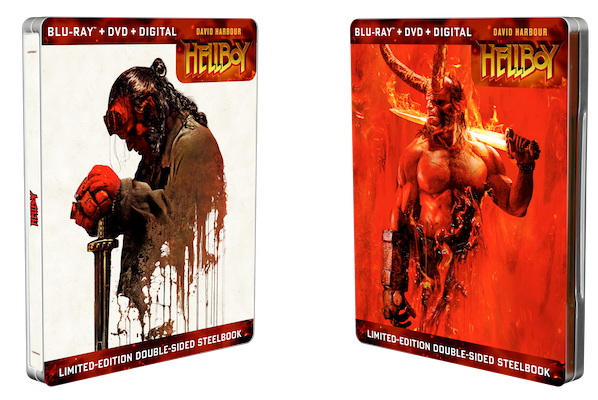