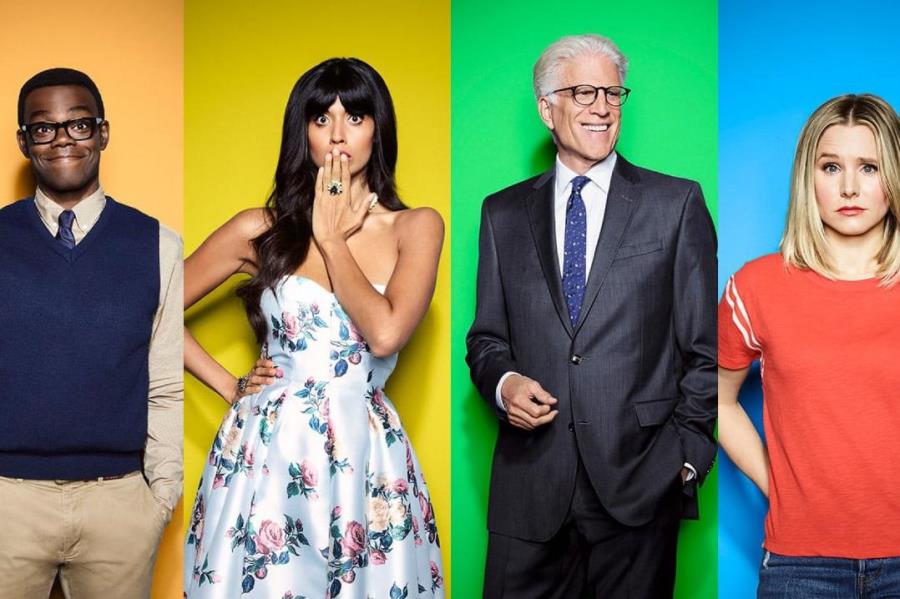 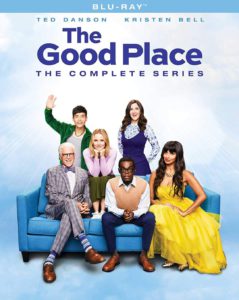 Shout! Factory has announced the May 19 home release of  The Good Place: The Complete Series.

The nine-disc Blu-ray Disc set will include all 53 episodes from the fantasy TV series about life in heaven, which ran on NBC from September 2016 to January 30, 2020.

Everyone wonders what happens after death, but when Eleanor (Bell) dies tragically, she finds out that the afterlife is amazing. Filled with frozen yogurt, soulmates, and wonderful people who have done admirable things in their lives, it is everything you could ever ask for. The only thing wrong is Eleanor herself, who isn’t supposed to be in “The Good Place.” She finds that due to a clerical error, she’d been given someone else’s reward and has to be good in order to make sure her secret is not exposed.