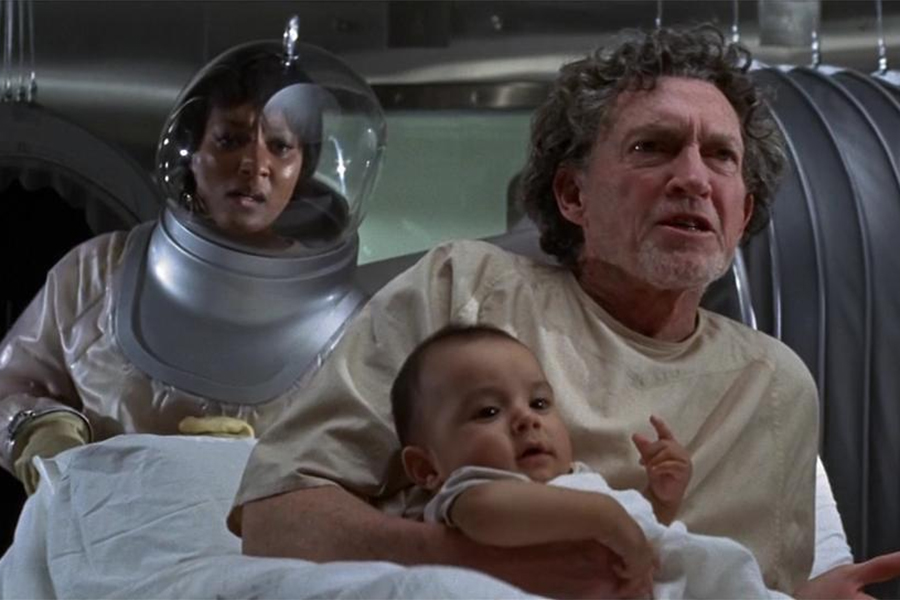 The 1971 thriller The Andromeda Strain will come to Blu-ray Disc June 4 from Arrow Video via MVD Entertainment Group. Based on the book by Michael Crichton and directed by Robert Wise, the film depicts the efforts of a team of scientists to cure a deadly alien pathogen. The Blu-ray includes a new 4K restoration from the original camera negative and a variety of new and archival bonus material.

Also due June 4 is Trapped Alive, a 1988 horror movie about a group of people trapped in a mine shaft and hunted by a cannibalistic mutant. The Arrow Video Blu-ray comes with a new 2K restoration from the original camera negative, three new commentary tracks, a new making-of documentary and more.

Carol Reed’s 1963 thriller The Running Man comes to Blu-ray June 18 from Arrow Academy with a new 2K restoration courtesy of Sony Pictures. A man frustrated by his insurance company fakes his own death in order to cash in on the claim. Things seem to be going smoothly until an investigator begins snooping around.

Due June 25 from Arrow Video is Double Face, a 1969 Italian thriller from director Riccardo Freda starring Klaus Kinski as a millionaire unwittingly led into murder by his lesbian wife.

Finally, Arrow Video June 25 releases American Horror Project Vol. 2, featuring three films with new 2K restorations. The collection includes Dream No Evil, a surrealistic horror film about a woman who becomes mad in attempt to find her father and gets lost in a dark fantasy world; Dark August, a tale of a cursed man who seeks out the assistance of a spiritualist; and The Child, the story of an 11-year-old girl who is able to use supernatural abilities to raise the dead. The set comes with a 60-page booklet featuring new writing on the films by Stephen R. Bissette, Travis Crawford and Amanda Reyes.