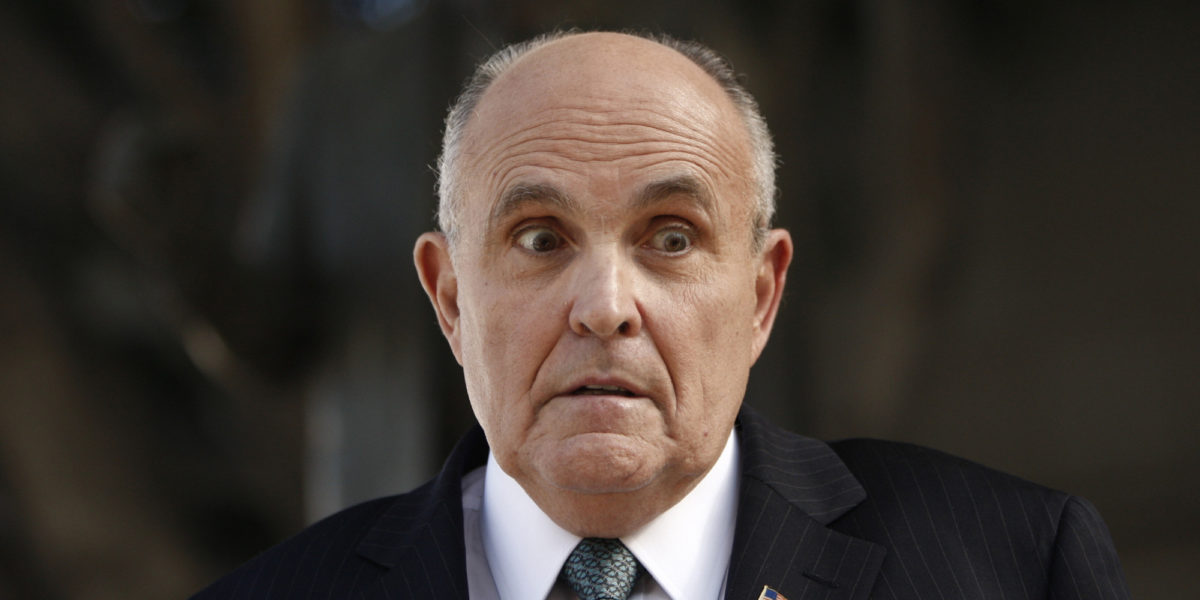 NEWS ANALYSIS — Depending on what side of the political aisle you walk, Rudy Giuliani is either a gift that keeps on giving or a self-inflicted wound that won’t heal.

The former mayor of New York and newest member of President Donald Trump’s legal team is either carrying out a shrewd scorched-earth policy in the media, or an idiot who can’t keep his mouth shut.

In a May 11 interview with The HuffPost, Giuliani was defending allegations that Trump’s personal lawyer and problem “fixer,” Michael Cohen, had not influenced the president on the AT&T, Time Warner $85 billion merger.

AT&T has admitted paying Cohen $600,000 as a consultant to help ascertain Trump’s mindset on corporate mergers — notably its own — a move CEO Randall Stephenson has apologized for.

“Whatever lobbying [in favor of the merger] was done didn’t reach the president,” Giuliani said. “The president denied the merger. They didn’t get the result they wanted.”

Technically, Trump hasn’t denied anything. A federal judge in June will decide whether the merger goes through.

Yet, Giuliani’s comment is significant considering the White House has refuted getting involved in the M&A that would give AT&T control of Time Warner, whose assets include Warner Bros., Turner (TNT, TBS and CNN) and HBO.

While Trump argued against the merger on the campaign trail, a sitting president usually doesn’t get involved in M&A activity before the Department of Justice’s antitrust division.

The DOJ filed a lawsuit against the merger, claiming it was bad for consumers. Trump, of course, has railed publicly against CNN, claiming the news organization peddles “fake news” about his administration.

“If Giuliani didn’t misspeak, this is major news,” Renato Mariotti, a former federal prosecutor, tweeted May 11, as reported by CNN.

“That was money that was paid by his lawyer, the way I would do, out of his law firm funds,” said Giuliani. “Michael would take care of things like this like I take care of this with my clients. I don’t burden them with every single thing that comes along. These are busy people.”

Those comments resulted in Giuliani taking a leave of absence from the law firm he worked for — Greenberg Traurig, a leave that is now permanent.

Greenberg Traurig May 10 issued a statement — first reported by The New York Times — saying its lawyers do not send secretive payments for clients.

“We cannot speak for Mr. Giuliani with respect to what was intended by his remarks,” read the statement. “Speaking for ourselves, we would not condone payments of the nature alleged to have been made or otherwise without the knowledge and direction of a client.”

A setting apparently not unlike corporate America operating under President Donald Trump.

AT&T CEO Randall Stephenson May 11 became the second senior executive to apologize to employees for corporate decisions related to the hiring of Trump’s personal attorney Michael Cohen to gain better insight into the president’s mindset and executive decision making.

Media reports say AT&T paid Cohen $600,000 to assuage Trump on the merits of its $85 billion acquisition of Time Warner, which includes Warner Bros., Turner and HBO.

Trump, on the campaign, had voiced opposition toward the merger – a stance many observers attributed more to his dislike of CNN, which is owned by Turner, than concern for consumers.

The AT&T/Time Warner deal appeared heading to regulatory closure when the Department of Justice filed an antitrust lawsuit in opposition. A federal judge will rule on the matter in June.

The AT&T/Cohen connection was first disclosed by The New York Times.

Calling the matter, a PR blunder, Stephenson, in a letter to employees, said the decision had damaged AT&T’s reputation and put the telecom in the headlines for “all the wrong reasons.”

“There is no other way to say it, AT&T hiring Michael Cohen as a political consultant was a big mistake,” Stephenson wrote.

Novartis CEO Vasant Narasimhan the same day issued a similar memo to employees after it was disclosed the pharmaceutical giant paid Cohen $1.7 million for guidance regarding Trump’s approach to healthcare policies.

“We made a mistake in entering into this engagement and, as a consequence, are being criticized by a world that expects more from us,” Narasimhan wrote, as reported by CNBC.