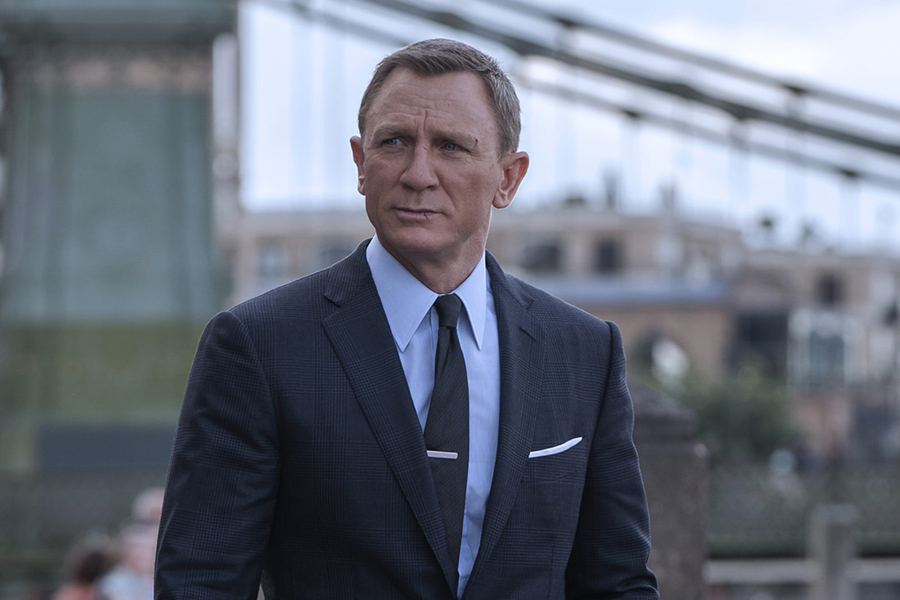 James Bond is off to a good start in 2022. MGM/UA Releasing’s No Time to Die was the top-selling retail movie release in the U.K. for the week ended Jan. 5, according to new data from the Official Film Chart.

Distributed by Universal Pictures Home Entertainment in the U.K., the movie marks the fifth (and reportedly) last film with actor Daniel Craig playing Agent 007. The title ended 2021 as the top-selling retail release in the world’s No. 2 home entertainment market.

No Time to Die generated 294,000 sales, with two-thirds (67%) of the week’s total made up of digital formats. Despite the significant unit sales, the movie’s biggest retail was actually the last week of 2021 when it racked up 780,000-unit sales across disc and digital.

With 621,000 Blu-ray Disc and DVD copies sold in its opening week, it became the biggest week one release on disc since 2017, and additionally was the biggest-selling title of the year in digital downloads.

Separately, Sony Pictures Home Entertainment’s Venom: Let There Be Carnage debuted at No. 2. The sequel to 2018’s Venom claimed the biggest new entry of the week on digital downloads only. Warner Bros. Pictures’ The Suicide Squad climbed three spots to No. 3, while Disney’s latest animated musical Encanto was the week’s second brand new entry at No. 4.

Paramount Home Entertainment’s Paw Patrol: The Movie rebounded two spots to No. 5, landing ahead of 20th Century Studio’s The Last Duel, up seven spots to a new peak at No. 6. Disney-owned Searchlight Pictures’ The French Dispatch jumped 13 spots to No. 7.

The No. 2 spot went to the second weekend of Sony Pictures’ Ghostbusters: Afterlife, which had $35 million.

Disney/Marvel Studios’ Eternals rounded out the top five weekend theatrical earners with $11 million in revenue to bring its North American total to $150 million and $368 million globally.

Overall, the domestic box office generated a total of $141 million in estimated ticket sales, down 45% from the $256 million generated over the pre-pandemic 2019 Thanksgiving weekend, but well ahead of last year’s disastrous $20.2 million, when most screens remained dark or operated at reduced capacity. The numbers suggest moviegoers are returning to the theaters — albeit cautiously.

It should also be noted that more than half the 2019 Thanksgiving weekend box office gross came from a single film, Disney’s Frozen 2.

MGM/United Artists Releasing’s newest James Bond actioner, No Time to Die, dominated the North American box office, generating a projected $56 million in ticket sales across more than 4,400 screens through Oct. 10. Daniel Craig’s last role as Agent 007 is expected to add to the tally through the Oct. 11 holiday.

With a reported 25% of ticket buyers first-time moviegoers since the pandemic began, the 25th Bond movie is projected to have strong legs over the coming weekends. MGM and industry observers had estimated North American ticket sales from $60 million to $70 million. Still, No Time is the fourth-largest Bond movie opening after Skyfall with $88.3 million, Spectre ($70.4 million) and Quantum of Solace with $67.5 million.

The movie is expected to soon surpass $300 million at the global box office, the second consecutive $100+ million weekend box office since the movie’s Oct. 1 international debut in select (notably the U.K.) markets. No Time opens in China, the world’s No. 2 box office, Oct. 29.

“A lot of people came out and saw this movie and it was the first movie they went back to the cinemas,” Erik Lomis, president of distribution at United Artists Releasing, said in a media comment. “No Time to Die will play and play. They’ll tell friends how much fun they had at the theater and then they’ll come back.”

Notably, an EntTelligence report suggests 4.2 million people visited North American theaters to watch No Time to Die through Oct. 10. Of those moviegoers, 56% plan to purchase the movie digitally or on disc when it hits retail channels.