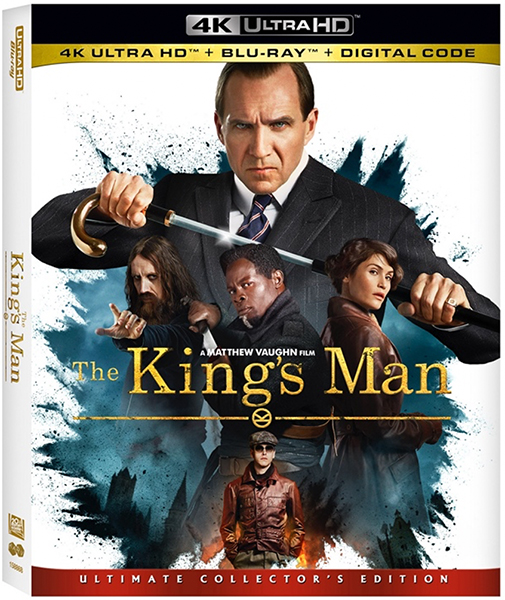 After two movies focused on the adventures of the spy agency known as Kingsman, writer-director Matthew Vaughn explores the origins of the organization in The King’s Man.

Set against the backdrop of World War I, the prequel weaves a clever tale centered on a conspiratorial cartel whose mastermind, The Shepherd, manipulates Europe into the devastating conflict. The cabal consists of several villainous figures from world history during the time period, including Rasputin, Mata Hari and Lenin. The war itself is explained as the extension of a childhood feud between three cousins who would grow to be King George V of England, Kaiser Wilhelm II of Germany, and Tsar Nicholas II of Russia.

In an inspired bit of casting, all three rulers are played by Tom Hollander, who previously played George V in the British miniseries The Lost Prince, as well as his great-great-grandfather George III in the John Adams miniseries.

At the center of it all is Orlando, the Duke of Oxford (Ralph Fiennes), a pacifist and humanitarian who vows to use his resources to do what the governments of the world cannot — to expose the hidden villain behind the war and restore a measure of peace.

Vaughn’s highly fictionalized retelling of World War I is a fun romp through history that incorporates actual events into its greater narrative. While the twists and turns sometimes make for a weirdly paced film, it does offer some thrilling action sequences and eventually gets where it needs to, layering some references to the previous films along the way.

The Blu-ray includes a comprehensive hour-and-a-half behind-the-scenes documentary called “The Great Game Begins.” There’s also a 16-minute breakdown of the silent knife fight sequence that takes place on a battlefield at night.

The 26-and-a-half-minute “Remembrance and Finding Purpose” is a heartfelt look at organizations that help wounded veterans re-adjust to society through art and sport.

Walmart is selling an expanded 4K Ultra HD Blu-ray combo pack with an exclusive DVD bonus disc containing two additional 15-minute featurettes. “Spymaster: Conspiring With Matthew Vaughn” offers the cast singing the praises of their director and his approach to filmmaking, while “Weaponized Cinema: Film Propaganda in World War I” offers a historical look at how film evolved into a political tool during the first World War. 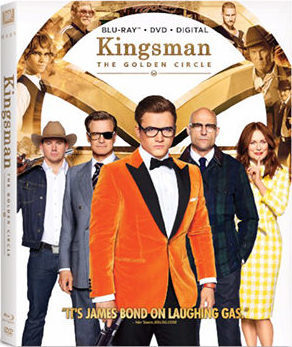