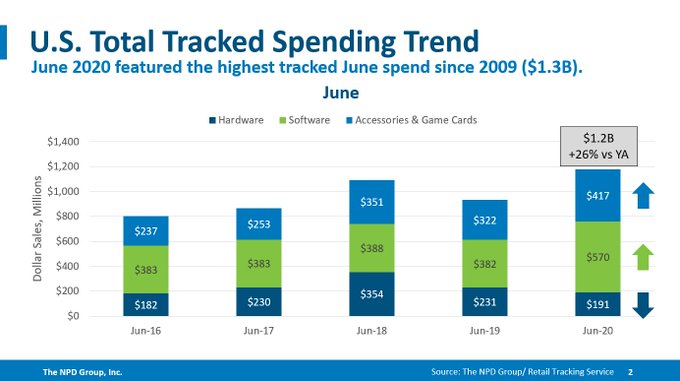 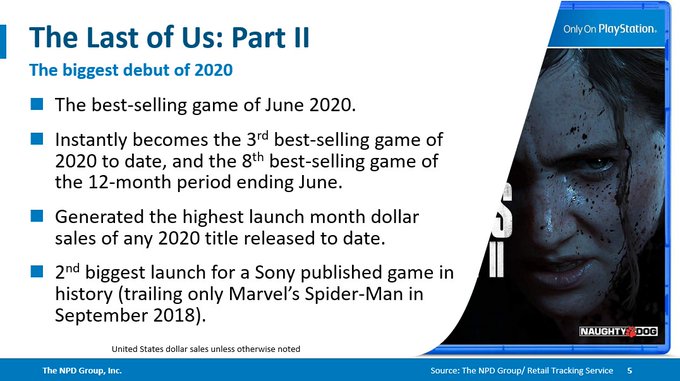 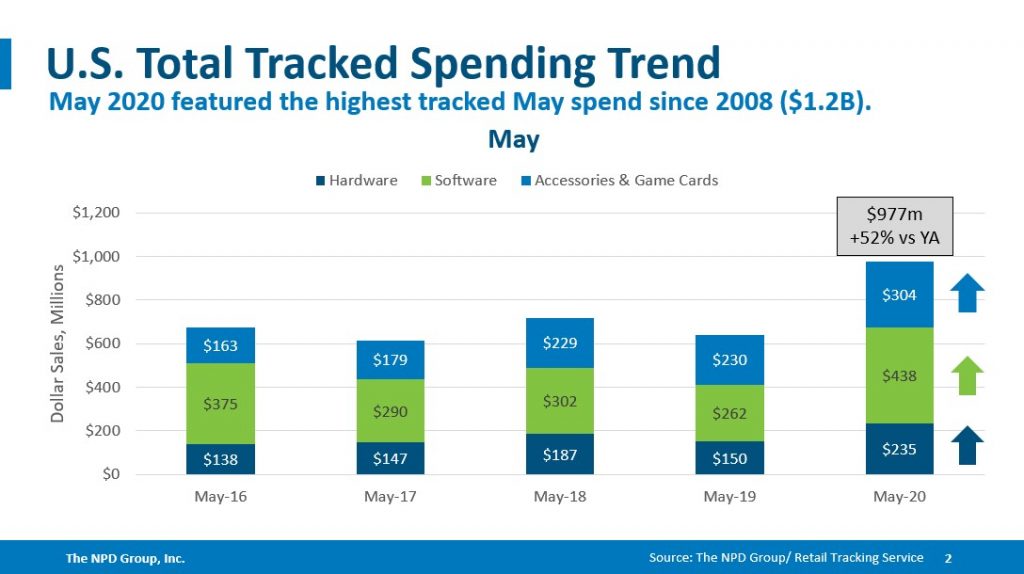 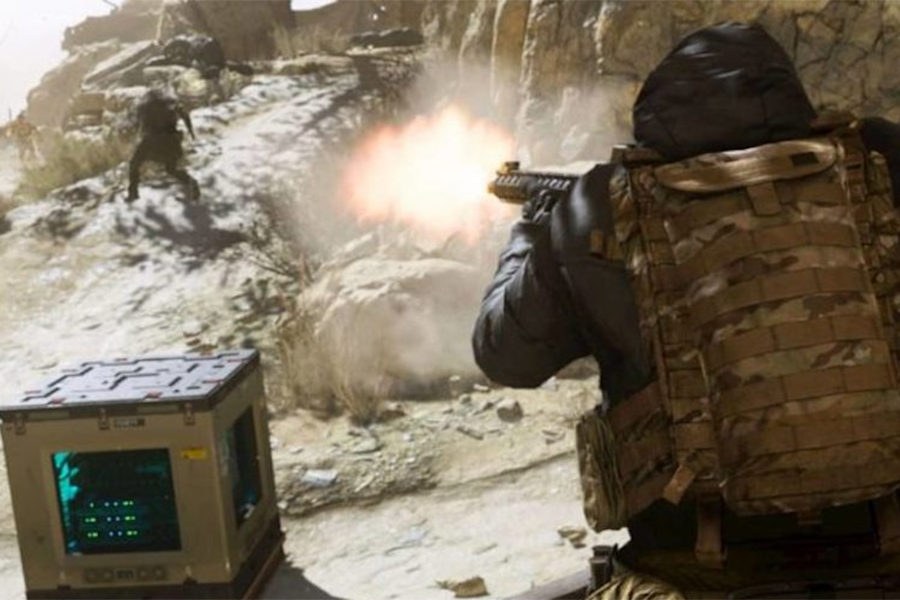 Sales of video games and hardware in October topped $1 billion, which was down 34% from last year’s record $1.57 billion month, according to new data from The NPD Group.

The tally was still the second-best October in past 10 years, and a positive for an industry undergoing change in how consumers acquire and play games. 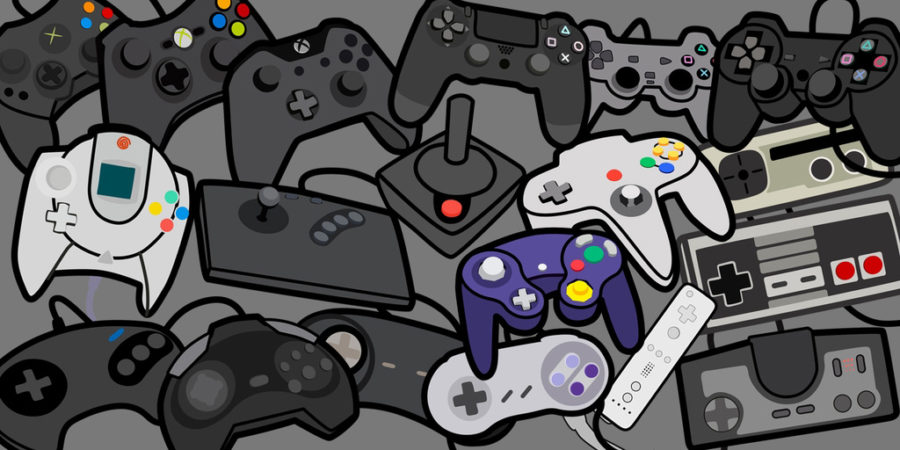