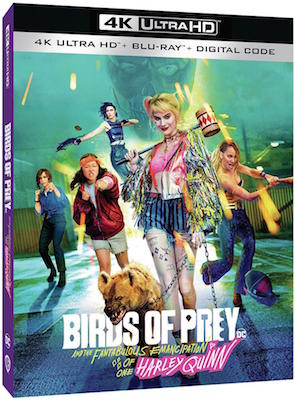 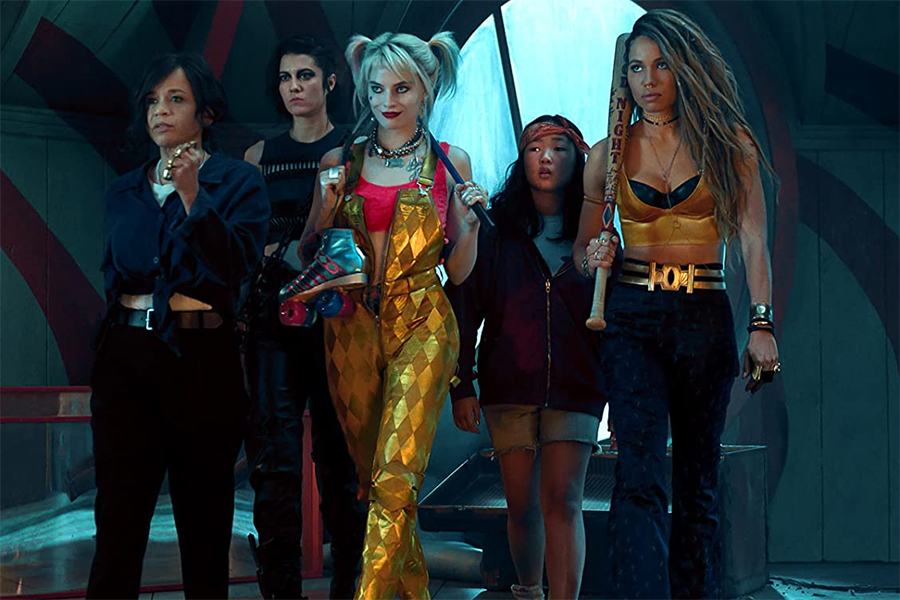 Warner Bros. Home Entertainment will release Birds of Prey and the Fantabulous Emancipation of One Harley Quinn on Blu-ray Disc, DVD and 4K Ultra HD May 12.

Margot Robbie reprises her role from Suicide Squad as Harley Quinn, the Joker’s former girlfriend who sets off on her own and finds the entire criminal underground of Gotham City is out to get her. She ends up protecting a girl named Cassandra Cain (Ella Jay Basco) from the gangster Black Mask (Ewan McGregor). The cast also includes Mary Elizabeth Winstead as Huntress, Jurnee Smollett-Bell as Black Canary, Rosie Perez as Renee Montoya, and Chris Messina as Victor Zsasz.

The 4K Ultra HD Blu-ray disc of Birds of Prey will feature Dolby Vision HDR and HDR10+. The 4K and Blu-ray discs will also include a Dolby Atmos soundtrack.

Bonus materials include a “Birds Eye View Mode” with pop-up facts and video while the movie plays, a gag reel, and the featurettes “Birds of Prey: Birds of a Feather,” “Grime and Crime,” “Wild Nerds,” “Romanesque,” “Sanity is Sooo Last Season” and “A Love/Skate Relationship.”

The film was released early through digital retailers March 24.