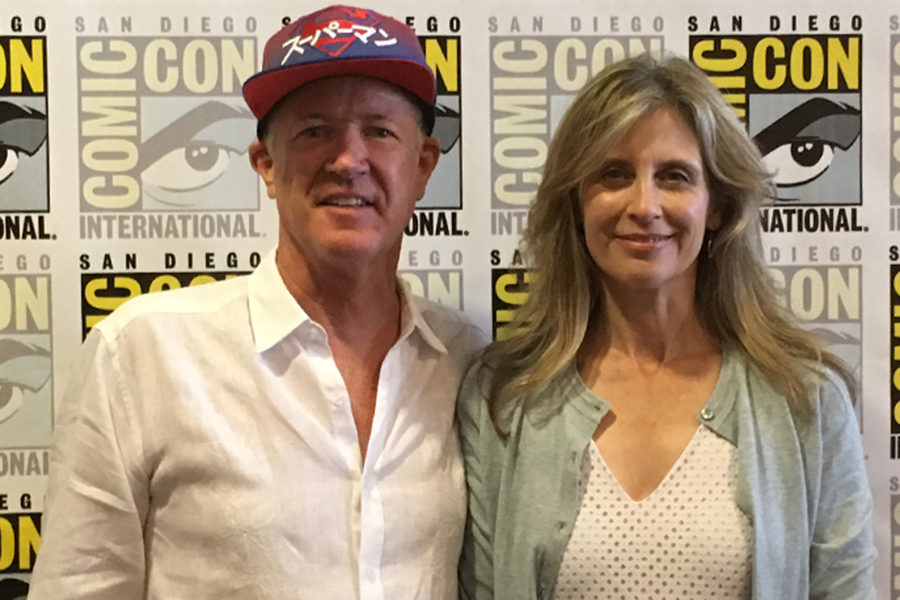 Cast members of 1984’s Supergirl were on hand at the 2018 San Diego Comic-Con International July 19 to promote the July 24 Blu-ray release of the film from Warner Archive.

The two-disc set includes the film’s 125-minute international cut remastered for Blu-ray, with commentary from director Jeannot Szwarc, a vintage behind-the-scenes featurette, plus a copy of the rare 139-minute director’s cut on DVD.

Helen Slater, who was an unknown actress when she was cast as the title character, said it was a bit intimidating to appear in a cast that included Peter O’Toole, Mia Farrow and Faye Dunaway as the main villain.

“It’s definitely intimidating, especially since those actors were crazy talented and Academy Award=winning;  and Lawrence of Arabia for goodness’ sake,” Slater said. “I think part of the advantage of being 18 and turning 19 is that you don’t really know to be totally freaked out because you’re just so young. Like now if it happened I’d be more nervous.”

Marc McClure played Jimmy Olsen in the film, reprising his role from the “Superman” films that starred Christopher Reeve, who was meant to have a cameo in the film.

“I think the producers just wanted to tie it in,” McClure said. “I think the plan was that Chris was supposed to be in the film, and then he was doing something else, and it was good for Jimmy to get the nod. And I had a great time.”

Instead, Reeve appears on a poster seen by Supergirl as his theme music plays.

Slater said they tried many versions of the costume, and that she had the same trainer as Reeve to prepare her for the physicality of the role.

“When I got the part I was probably 20 pounds underweight from where they needed me to be,” she said.

But the effects of the training paid off when she put on the costume.

“I was bulked up so there was a feeling of being powerful,” she said.

Slater said that she was a brunette when she was cast and dyed her hair blond for the role.

“One of the losses when they dyed my hair blond was that I couldn’t swim,” Slater said. “I went swimming three times a week for my training, and [they said] you can’t go back into the water now that your hair’s blond. They were just too worried it was going to go green.”

On top of that, they gave her a brunette wig to play Supergirl’s alter ego, Linda Lee.

“They should have done it the other way,” Slater joked.

McClure, who later appeared in the “Back to the Future” films and Apollo 13, said he’s been fortunate in his career to work with great directors and act in iconic films.

“To be able to be involved in one film that has legs, you’re a lucky actor, let alone some of the films I’ve been involved in,” McClure said.

Slater said she hasn’t had a chance to watch the new Blu-ray yet, but said it has been a while since she’s seen even part of the film.

“All the years my daughter was in our house [she and my husband] would make these birthday movies, and for my 40th birthday she was obsessed with Harry Potter and he had her, since he’s a wiz with filmmaking, use a greenscreen and had her on a broomstick flying through different movies,” Slater said. “And at the end he has her fly into Supergirl, where I’m flying, she’s on her broomstick, and she says ‘Hey Mom … See you in 20 years! Don’t forget to name me Hannah!” 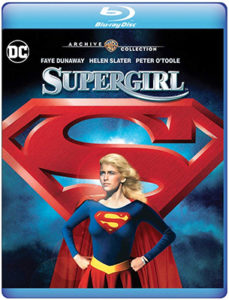