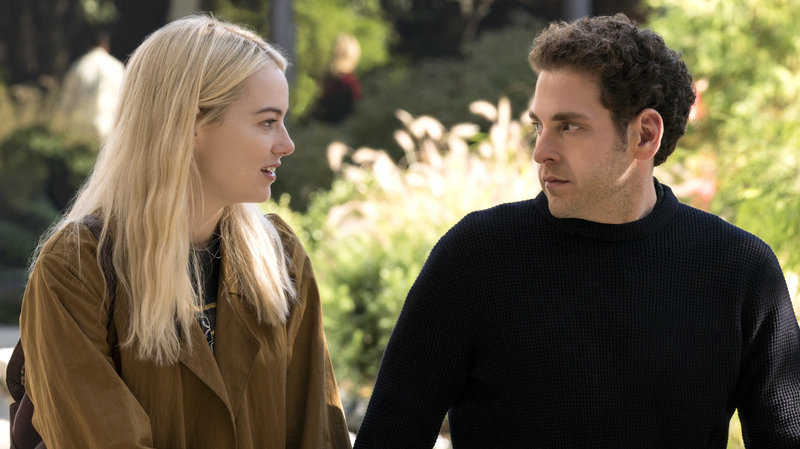 With the launch of “Maniac,” the Netflix miniseries debuted at No. 3 on the top 10 digital originals chart for the week ended Sept. 29, according to Parrot Analytics.

The sci-fi comedy drama, which follows two strangers who connect during a pharmaceutical trial, posted a nearly 80% gain in Demand Expressions, a proprietary metric used by Parrot Analytics to measure global demand for TV content through a wide variety of data sources, including video streaming, social media activity, photo sharing, blogging, commenting on fan and critic rating platforms, and downloading and streaming via peer-to-peer protocols and file sharing sites.

“Stranger Things”and “Bojack Horseman” remain in the No. 1 and No. 2 spot on the digital originals chart, while “Ozark,” the dark drama about a family forced to move its money-laundering operation to a resort in the Ozark mountains to placate a violent drug cartel, moved up a notch to No. 4, even though demand was relatively flat. “Ozark” launched its second season on Aug. 31.

Rounding out the top five on the weekly digital originals chart was Hulu’s “The Handmaid’s Tale,” down from No. 3 the prior week with a decline in Demand Expressions by nearly 11%.

“Castle Rock,” from Hulu, suffered the biggest drop in demand  of any of the digital originals in the top 10, with a 27% decline in demand – and a fall on the chart to No. 9 from No. 4 the prior week. 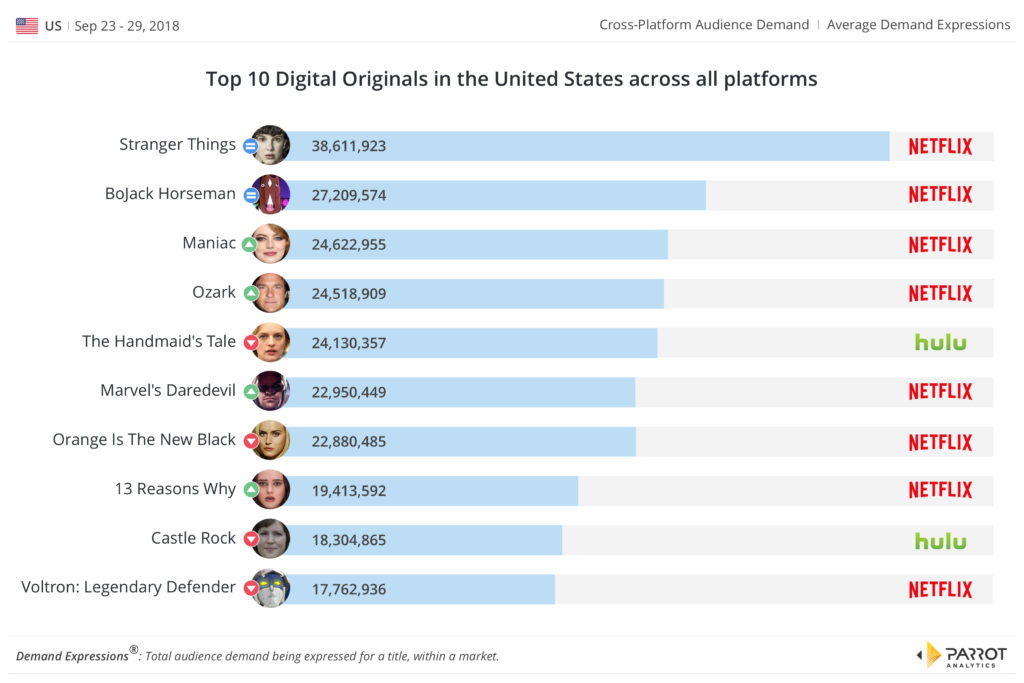