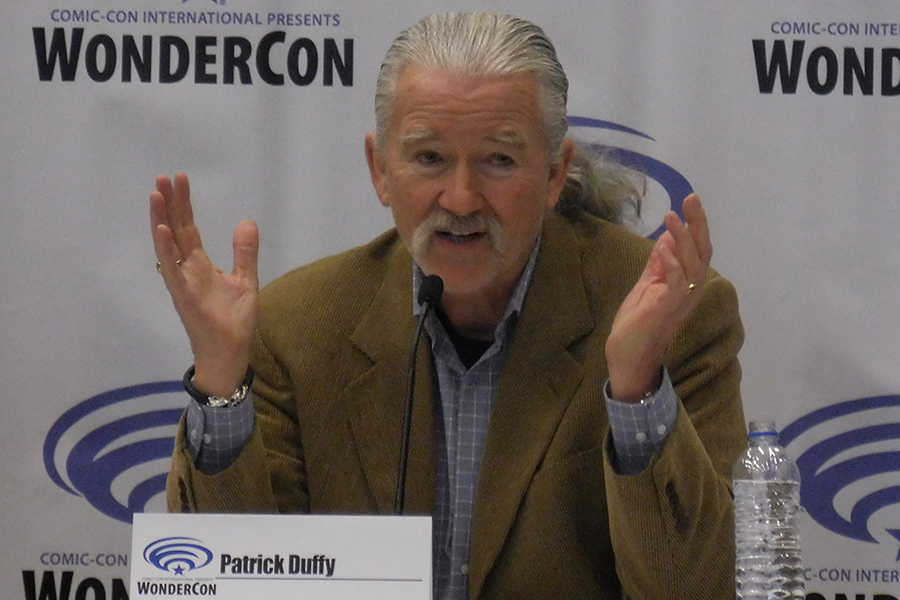 With Aquaman recently making a splash in theaters, the Warner Archive Collection March 30 reminded attendees at WonderCon in Anaheim, Calif., about another hero who once emerged from the ocean deep.

Patrick Duffy was on hand for a panel to discuss his experiences making “Man From Atlantis,” in which he played Mark Harris, an amnesiac with the ability to breathe underwater who agrees to help a government agency that conducts research in Earth’s oceans. 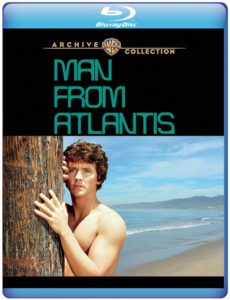 Duffy played the character in four TV movies in 1977 and a subsequent 13-episode series that ran until 1978. Warner Archive recently released the first Man From Atlantis TV movie on Blu-ray. The other telefilms and the complete series were previously released on DVD by Warner Archive.

The actor recalled how the show was filmed in tanks of water with practical visual effects and makeup, not green screens and computer-generated images. The process involved uncomfortable contact lenses to makes his eyes glow underwater, webbing between his fingers, and the need to inhale water into his sinuses to prevent bubbles from appearing while filming underwater scenes.

“Jason Momoa [has] nothing on me,” Duffy said.

Duffy said some of the stunts could be quite dangerous, recounting one that involved lifting him into the air while holding onto a handle attached to a cable.

“I’m really wet. This is really slippery. And I didn’t have a safety harness on because all I had on was my little yellow swimsuit,” Duffy said. “And I thought, this could end really badly.”

Another scene called for Mark to swim through a door before it closes.

“I had to have my lenses in,” Duffy said. “They roll the cameras and I push off and start swimming toward this wall, and I can’t see anything. And my timing was off. The wall closed before I got there. And Mark swims with his hands to his side. So I’m just stroking away trying to get to this opening that isn’t there, and I swim into the wall and I knock myself out underwater. Then I realized that anything could be dangerous.”

As a result, the actor took a more active role in assuring his own safety.

“The stunt coordinator came up to me and he said, you know Patrick, every time you do one of those stunts, you take a job away from one of my boys,” Duffy said. “And I thought, you’re right. Anybody could have done that. And I didn’t need to do it and I don’t need to do the more dangerous ones when I don’t have to because you’re not seeing my face. And these people get paid, they do it better than I do, they know how to be safe for themselves, and it’s their job.”

Duffy joked about why he kept coming back for more “Man From Atlantis” movies and the TV series, alluding to the line at the end of the first movie that his character would stay with his new human friends because “I haven’t learned enough.”

“When I come back up, there’s a blip in the audio there,” Duffy quipped. “What I actually said was ‘I haven’t earned enough.’”

Duffy went on to play Bobby Ewing on “Dallas” opposite Larry Hagman as J.R. Ewing through the 1980s. In the 1990s he starred on the sitcom “Step by Step,” episodes of which are also available on DVD from Warner Archive.

“Any actor who’s working is the luckiest actor in the world,” Duffy said. “And when you have a show for a while you just think, it’s the best thing that’s ever happened to you. And then ‘Man From Atlantis’ was canceled and then, most actors think they’ll never work again, and a lot of it’s true sometimes, unfortunately. Literally seven days after ‘Man From Atlantis’ was canceled, I signed my ‘Dallas’ contract. And then two weeks after ‘Dallas’ was canceled, I signed my ‘Step by Step’ contract. So I’m one of those rare, very fortunate actors.”

Duffy has since branched off into directing and writing.

In 2016 Duffy wrote a book exploring the culture of Atlantis and continuing the storylines from the show.

“Any job that’s your first job that leads to the rest of your career life is a memory that you just never let go of gratitude for. That’s one reason I love that character,” Duffy said. “I had the idea for the book from the time we did the pilot. I knew where he came from in my own mind, I knew who his mother and father were. And I knew that he had a love interest. And these are all just things that as I was intending to be this fictional person, it was so intriguing to me who this strange person was. So I figured all this stuff out. And the more I figured it out, once the show was canceled, the more I couldn’t let it go. And it became a series of notes. I wrote four or five pages that took me to the present day, where he would be now, and how could he go home.”

Duffy also reminisced about some of his “Man From Atlantis” co-stars, including the late Victor Buono, the heavy-set actor best known for playing King Tut on the 1960s “Batman” series who also played a villain in the first “Man From Atlantis” movie and on the series.