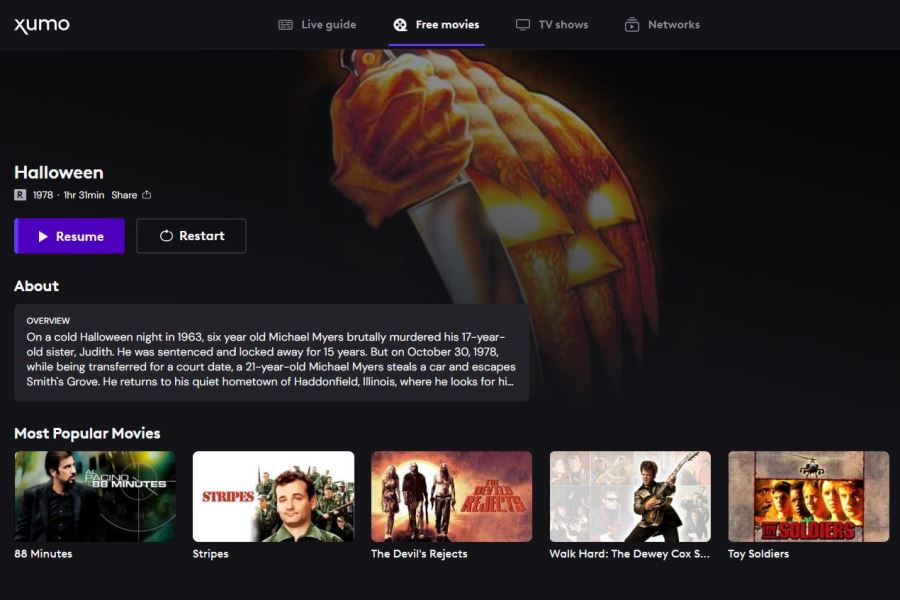 The former features a range of predominantly AVOD-exclusive movies, available through fall 2022, while the latter includes dozens of select titles from Magnolia Pictures’ SVOD service through the end of the month.

Halloween Horrors’ AVOD-exclusives include The Gravedigger, Those Who Walk Away, Hideout, While We Sleep and Homebound. Non-exclusive movies include Don’t Say a Word, Lair and Game of Death.

Magnolia’s SVOD movies coming to Monsters & Nightmares include All Good Things, starring Ryan Gosling and Kirsten Dunst, and The Oxford Murders with Elijah Wood, among others.

“Thriller and horror-themed movies have always been a popular genre on Xumo, and adding to that library with two Halloween-specific channels this month is an important focal point that will draw in an enormous audience with ideally timed content,” Fern Feistel, VP of marketing and content operations at Xumo, said in a statement. “As we continue to bring AVOD-exclusive programming as well as licensed content to viewers, these channels fortify our line-up of premium, themed movies for the season.”