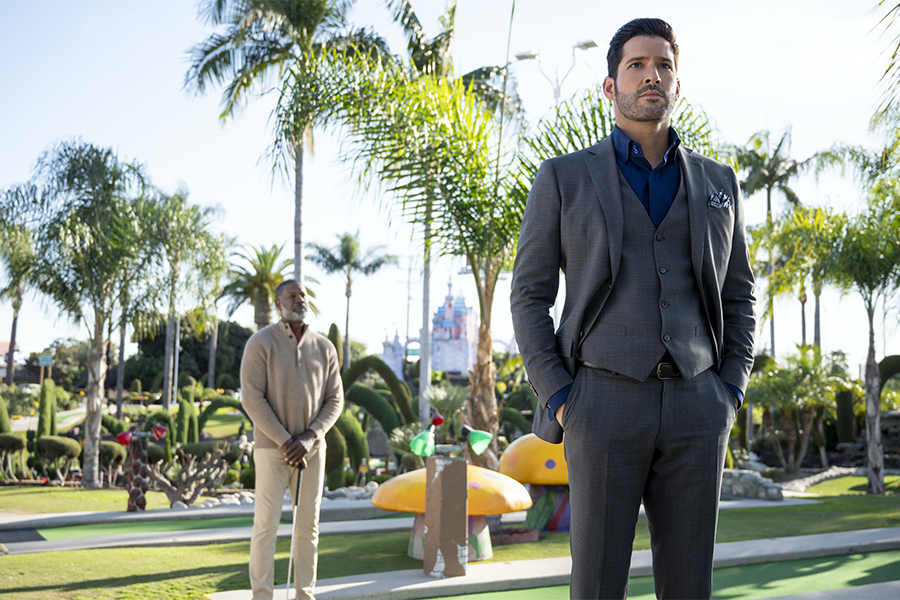 Netflix’s “Lucifer” climbed five spots to take over No. 1 on Parrot Analytics’ digital originals U.S. chart the week ended June 5. The May 28 debut of the second half of the fifth season of the supernatural series pushed it to 48.3 times the demand of an average series after a 64.5% bump in demand expressions, the proprietary metric Parrot uses to gauge a show’s popularity. It was No. 5 on Parrot’s list of all TV shows.

Netflix’s perennially popular “Stranger Things” dropped a spot to No. 2 on the digital originals chart after five weeks in the top spot. It had a 0.3% rise in demand expressions and 42.4 times average demand. It was No. 8 on Parrot’s list of all TV shows.

The Disney+ live-action “Star Wars” series “The Mandalorian” slid a spot to No. 3 on the digital originals chart, garnering 34.4 times the demand of the average show after a 7% drop in demand expressions.

Hulu’s “The Handmaid’s Tale” stayed No. 4 on the digital originals chart, registering 33.3 times average demand after a 3.4% dip in demand expressions.

Another Disney+ “Star Wars” series, the animated “The Clone Wars,” had a 15.6% drop in demand expressions to fall to No. 5 on the digital originals chart with 30 times average demand.

Back in the top 10 digital original ranking are HBO Max’s “Titans” and Amazon Prime Video’s “The Boys.”

Demand for “Titans” was up by 9.2% after a social media post said that filming had begun on the final episode.  Season three is scheduled to be released on HBO Max in August.

Demand for “The Boys” was up by 6.9% after actor Jensen Ackles teased a first look at his Soldier Boy character, new to the upcoming third season. Amazon also continues to release promotional materials to keep fans looking forward to the show.  This past week it was a music video.

The No. 1 overall TV series in terms of online demand was “SpongeBob SquarePants,” with 73.9 times average demand. 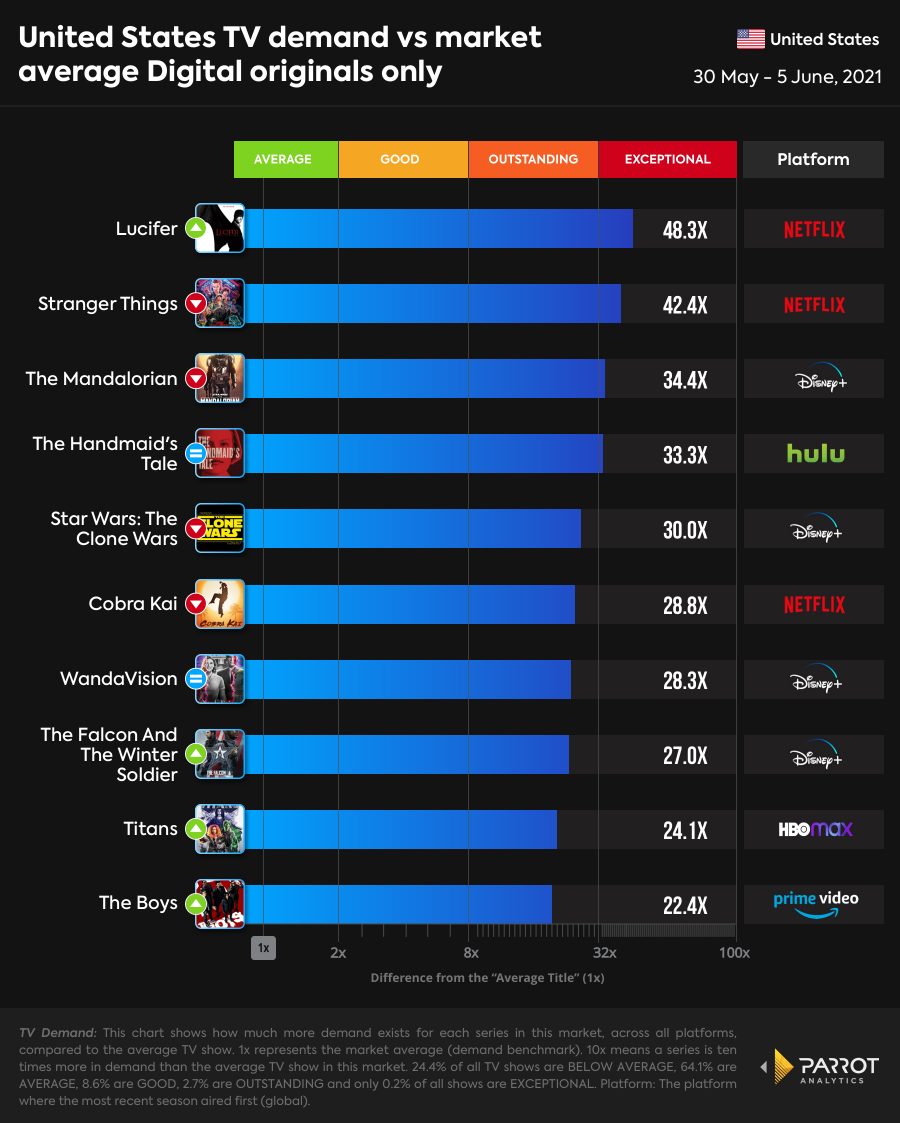