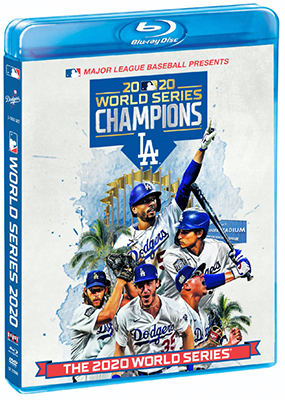 These World Series recap videos tend to be a bit on the cookie-cutter side — mix in interviews from both teams, focus on the highlights from each game, then hire a celebrity who’s a fan of the winning team to narrate.

Soon after the Los Angeles Dodgers wrapped up the title by defeating the Tampa Bay Rays in six games, I figured since Bryan Cranston had narrated a few Dodgers vignettes over the years, no one would be better suited for the job than him.

Expect for the guy they got.

The now-93-year-old broadcasting legend who was the Dodgers play-by-play announcer from 1950 to his retirement in 2016 — right before the Dodgers’ run of making three World Series in the past four years.

Amid the global coronavirus pandemic that forced Major League Baseball into taking the unprecedented step of not only shortening the regular season, but also holding most of the postseason at neutral sites, the sound of Vin Scully talking about Dodgers baseball just makes the world seem a little bit closer to normal.

While it’s nice to relive some of the memories of the title run, when Vin isn’t talking, the documentary kind of reverts to the usual sort of highlights package and behind-the-scenes footage MLB produces to commemorate the just-concluded season. Given how rapidly they make it to shelves after the final game, the recap videos tend to feel as if they are being cobbled together as the series progresses and then after it’s over they’ll tack on some extra footage of the team that ended up winning so as to give the hint of some sort of overarching narrative.

In this case, that means a reminder that this was the eighth year in a row the Dodgers have won the National League West title, but hadn’t converted any of the previous seven into a World Series title — the longest stretch of consecutive division titles without a championship in MLB history. Their last World Series win came in 1988, a three-decade drought they came close to breaking in 2017 before falling short in seven games to the Houston Astros — a series they may well have won if not for Astros cheating using methods that came to light a few years later (which, in accordance with the MLB’s seeming policy of wanting to sweep that scandal under the rug, is completely ignored here).

future Hall of Fame pitcher Clayton Kershaw not being able to win in October, and manager Dave Roberts continually coming up so close to the title but falling short in his five years at the helm.

As Gibson had been the spark for the ’88 team, the key ingredient for 2020 turned out to be Mookie Betts, a superstar player who helped the Boston Red Sox beat the Dodgers in the 2018 World Series, and who the Dodgers acquired in a trade before the season when the Sox were looking to cut payroll. Much to the chagrin of Red Sox nation, Betts subsequently signed a 12-year extension with the Dodgers worth $365 million.

The series itself would end up awash in historic quirks as a result of the pandemic. After cutting short Spring Training in March, MLB shut things down until July, when teams began an abbreviated, regional 60-game regular season with no fans at the ballpark, as opposed to the usual 162-game campaign. As an added wrinkle, the playoffs were expanded, and the Division, League Championship and World Series were played at stadiums neutral to the teams involved, so the league could maintain a COVID-free bubble. The Dodgers essentially spent October making the Texas Rangers’ stadium near Dallas their home away from home.

The World Series film doesn’t really delve into the earlier playoff matchups (except in the bonus materials), and thus doesn’t mention one of the more amusing coincidences resulting from the unusual playoff circumstances — all of the qualifying Central Division teams from each league lost in the first round. So the Division series were all contested between teams from the same division. And the League Championship series were each West vs. East affairs in which neither team had played each other before during the regular season.

Likewise, with the Rays winning the American League pennant over the hated Astros, the World Series was also an East/West matchup — featuring the teams with the best records in each league, the best combined record since 1906, and were similar unfamiliar with each other.

In another coincidence, bubble delays to the NHL and NBA pushed their playoffs back several months, with the Tampa Bay Lightning and Los Angeles Lakers winning their respective league titles just a few weeks before the World Series — making Dodgers vs. Rays a sort of tie-breaker for the region seeking bragging rights and the moniker of “Titletown” for 2020.

But that’s just trivia for the sports-minded in general. Bringing in Scully to narrate the movie really pays off in the end, when he adds a personal reflection linking the Dodgers’ seventh title to the six that came before — a montage of historical moments that will surely bring a tear to any Dodger fans’ eye.

It should be noted there seems to be a brief audio glitch during Scully’s wrap-up ruminations — one that’s part of the audio mix since it’s consistent on both the Blu-ray and the DVD offered in the combo pack.

Extras on the 2020 World Series Blu-ray include a five-minute recap of the Dodgers’ season, eight minutes of Dodgers season highlights, a nine-minute montage of highlights from the Dodgers’ games to clinch a playoff spot, the NL West, the Wild Card series over the Milwaukee Brewers, the NLDS over the San Diego Padres, and the NLCS over the Atlanta Braves, in which the Dodgers had to rebound from being down 3-1 in the best-of-seven series.

There is also a 14-minute video of select post-game interviews with Dodgers players following their title win. 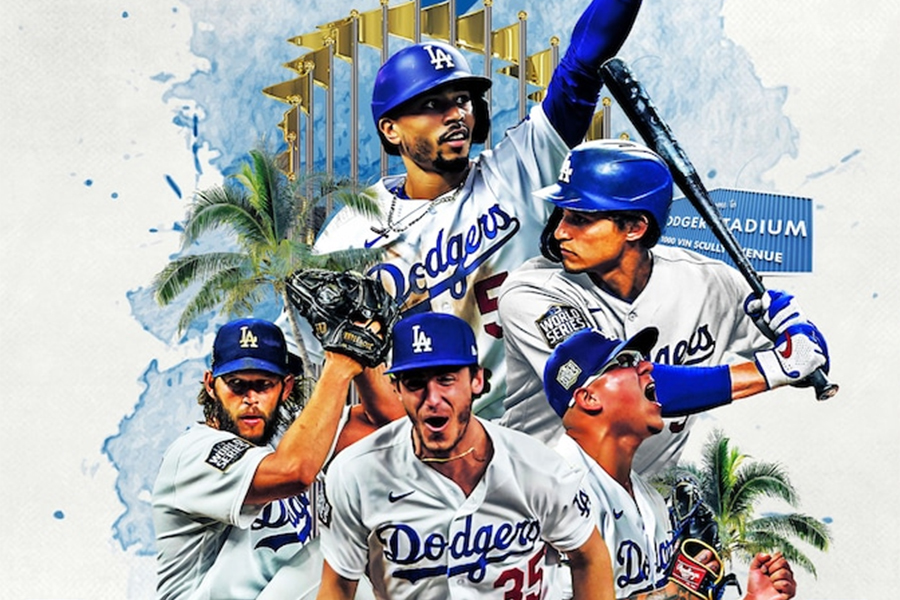 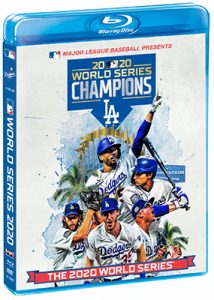 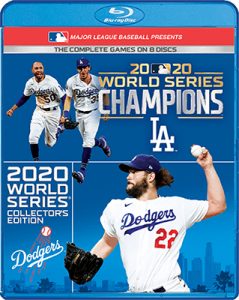 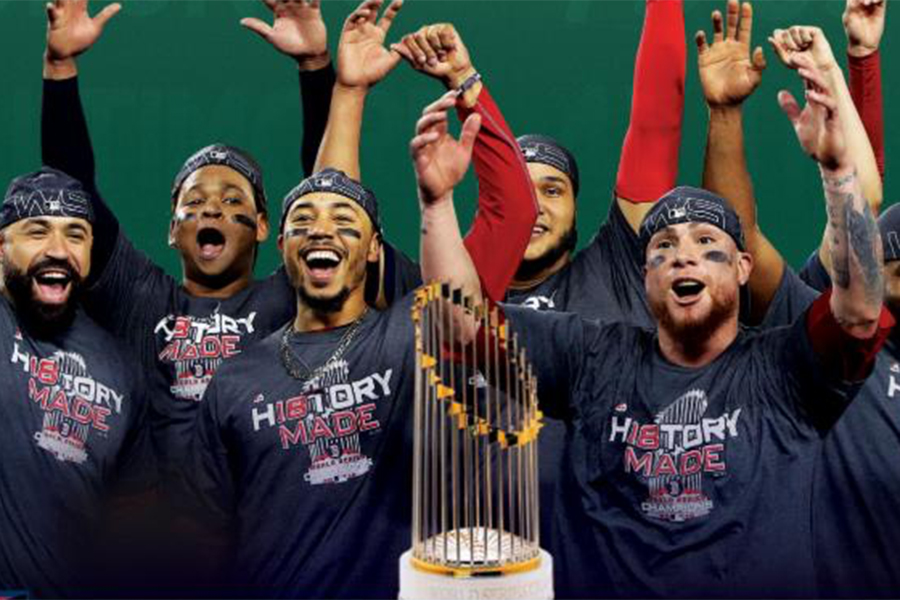 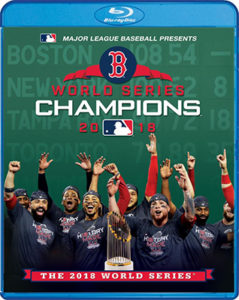 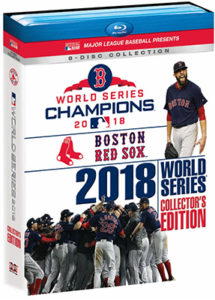 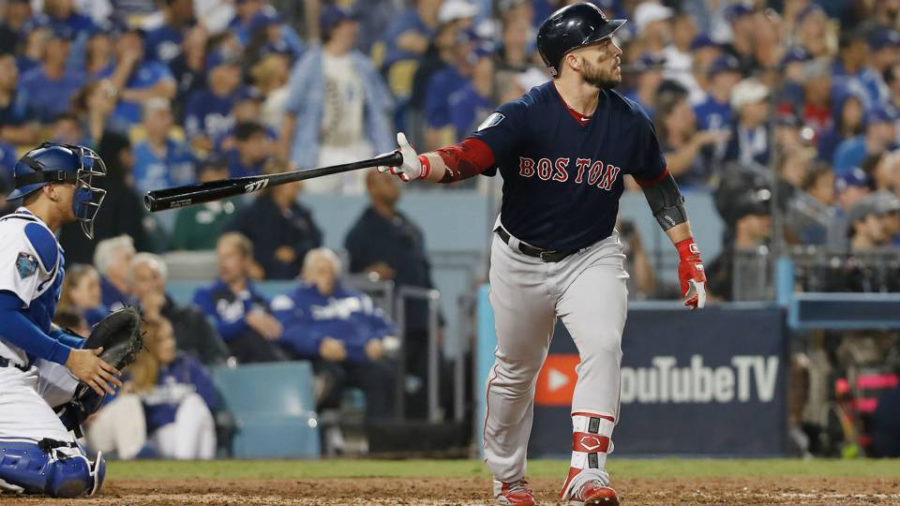