The funding comes on top of $2.5 billion in bonds ViacomCBS issued in April. The media company also has a $3.5 billion credit revolver.

“It means we are in excellent shape from a liquidity perspective,” CEO Bob Bakish said on last week’s fiscal call.

Bakish said the company plans to launch an international branded streaming video service to compliment All Access, Showtime OTT and Pluto TV in the United States. Showtime and All Access combined to reach 13.5 million subs in the fiscal quarter — up 50% from the previous-year period.

“This service will harness the full power of the of the ViacomCBS portfolio, creating a meaningful brand presence in streaming video in key markets around the world,” Bakish said.

Netflix has amended its original long-term debt offering from $2 billion to more than $2.2 billion.

The sale of the notes is expected to close on Oct. 25, subject to the satisfaction of customary closing conditions. Interest on each series of the notes will be payable in cash semi-annually in arrears, beginning on June 15, 2020.

Holders of each series of notes may require Netflix to repurchase the debt upon the occurrence of certain change of control events at a purchase price equal to 101% of the principal amount thereof plus accrued and unpaid interest, if any.

Netflix may redeem either series of notes, in whole or in part, at a price equal to 100% of the principal amount thereof plus a “make-whole” premium and accrued and unpaid interest, if any. On and after March 15, 2030, Netflix may redeem the notes at 100% of the principal amount plus accrued and unpaid interest, if any.

Netflix announced it intends to use the net proceeds for general corporate purposes, which may include content acquisitions, production and development, capital expenditures, investments, working capital, and potential acquisitions and strategic transactions. 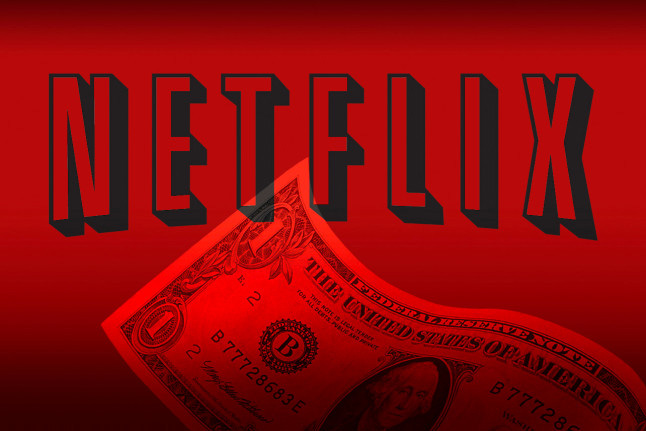 Netflix April 23 announced it is offering upwards of $1.5 billion in senior notes to qualified institutional investors. The interest rate, redemption provisions, maturity date and other terms of the bonds will be determined by negotiations between Netflix and the initial purchasers.

Netflix said it intends to use the proceeds from the bond sale for general corporate purposes, which could include content acquisitions, production and development, capital expenditures, investments, working capital and potential acquisitions and strategic transactions.

The streaming video subscription pioneer is spending $8 billion on original content this year. It ended the first quarter with almost $18 billion in long-term streaming content obligations to third parties – up from $15.3 billion in the previous-year period.