A new whitepaper from Parks Associates reports live broadcast TV represented 60% of video consumption on televisions in early 2012 but only 44% at the end of 2017.

The firm noted that live viewing continues to decline, with survey data from the third quarter of 2018 showing live broadcast video now accounts for 42% of all video consumption on a TV.

The report “Video’s Critical Path: Success at Web Speed,” sponsored by MediaKind, documents the overall decline of pay-TV subscribers in North America and the shift to OTT video services, which consumers are embracing in large numbers.

“While OTT SVOD has significantly changed viewing patterns among consumers, live video is far from dead,” said Brett Sappington, senior director of research for Parks Associates. “We still see massive spikes in viewership for live events. However, an increasing amount of live viewership is on connected devices. Change does not come easily, but the scale of disruption in the video industry requires traditional pay-TV providers to address their business and service strategies in a new way. New strategies include delivering video to mobile phones and transitioning live video to online sources.” 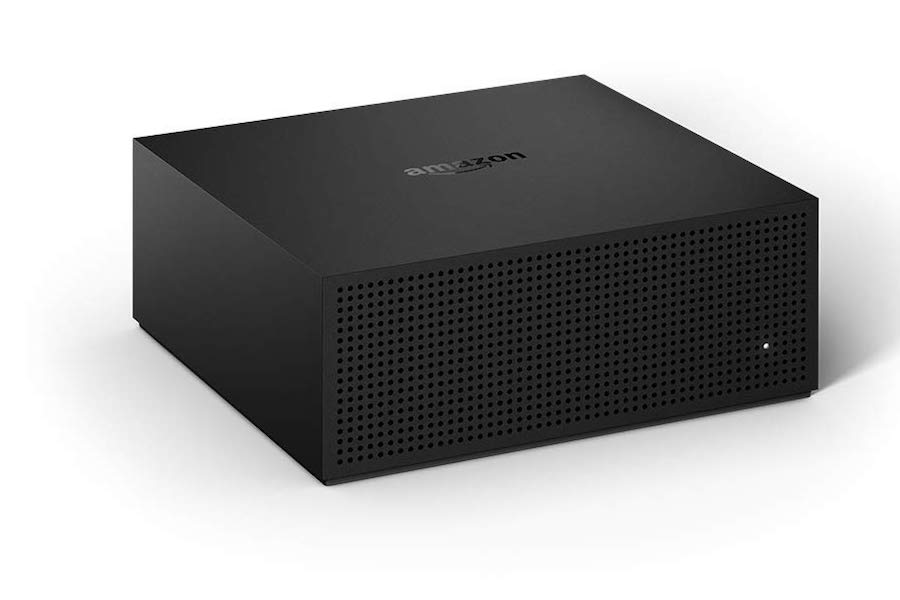 Consumers can connect Fire TV Recast to a HDTV antenna (sold separately) for access to free over-the-air TV content, such as live shows, local news, and sports, and from channels such as ABC, CBS, FOX, NBC, PBS, and The CW with no monthly fees.

“We are focused on making Fire TV an easy way to watch all the entertainment you love, whether it’s through streaming video services, cable and satellite providers, or even local broadcast stations,” said Marc Whitten, VP of Amazon Fire TV, in a statement. “Now with Fire TV Recast, we’ve made it simpler to find, watch, and record live over-the-air TV at home and on your mobile devices.”

Consumers can place Fire TV Recast and a HDTV antenna anywhere in their home, and all compatible devices will automatically connect, giving them access to local over-the-air TV programming, according to Amazon. Fire TV Recast allows consumers to record up to four shows at once, and stream to any two compatible devices at a time, according to the company.

“Advanced wireless technology automatically optimizes the use of bandwidth on your local network, delivering the best HD picture quality possible — even when streaming across multiple devices in a congested Wi-Fi environment,” according to Amazon.

Consumers can also take over-the-air shows on-the-go by using the Fire TV companion app for Fire TV Recast to watch live and recorded content over Wi-Fi or when connected to a cellular network. Mobile streaming for Fire TV Recast is available on all compatible mobile devices with no extra monthly charges or subscription fees.

Increasing numbers of consumers are shying away from live linear television as their default home entertainment choice.

Less than 40% of consumers in a survey now opt for live TV as their first option, according to new data from Hub Entertainment Research. That compared to 47% of respondents during a previous-year survey.

While alternative channels such as over-the-top video have appealed to younger consumers for some time, Hub found that the trend is moving to older viewers as well.

While most (56%) of respondents 55 and older still prefer live TV, that percentage has dropped from 66% last year. Among the 18-34 demo, just 26% watch live TV is their first entertainment choice – compared to 35% a year ago.

“We’ve been watching live TV drop steadily as a default source since we first conducted this study in 2013,” Peter Fondulas, principal at Hub, said in the report. “But this is the first year where we’ve seen a sharp drop among older consumers, which has huge implications for the monetization of linear TV in general.”

The report attributes ongoing declines in live TV consumption due to SVOD service such as Netflix, Amazon Prime Video and Hulu. Indeed, the average consumer now has more than four options to watch TV content, including VOD, DVR, live, OTT – compared to slightly more than three options in 2014.

Among younger viewers, the number of TV viewing options tops five as at least 50% of viewers subscribe to two or more SVOD services.

That’s quite a switch from just four years ago when 45% of respondents said they preferred watching live TV, with 14% opting for SVOD as their first entertainment choice.

“As online, on-demand platforms continue to become mainstream, live viewing has become the exception rather than the rule,” Fondulas said.