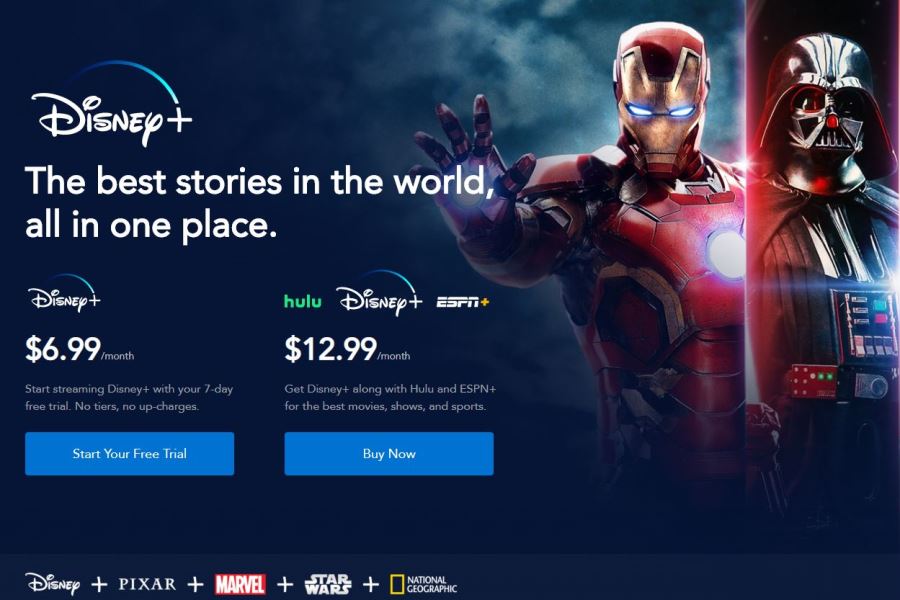 Disney’s high-profile launch of Disney+ SVOD platform may have had its technical issues out of the gate on Nov. 12, but that was more than likely due to “exceeding” demand if social media is any guide.

And according to Apptopia, a Boston-based “big data” company that tracks app performance, the Disney+ app was downloaded 3.2 million times within the first 24 hours after launch.

Besides technical glitches, much of the chatter revolved around Disney+ original series “The Mandalorian,” which generated 102,000 tweets on Nov. 12 — with nearly 50% approving the “Star Wars”-themed series from producer Jon Favreau.

Again, whether “Mandalorian” tops Netflix’s “Stranger Things” in social media chatter remains to be seen. ListenFirst has the Netflix original series at No. 1 on its media chart through Nov. 10.

Apptopia says first-day downloads of Netflix can’t be compared to Disney+ numbers because Netflix launched its app in 2010, when streaming wasn’t nearly as big as it is today.

Even so, Apptopia cautions, “Keep in mind Disney’s hours were potentially limited by technical issues Disney had in the early going where users could not connect to the servers.”

One viewer who signed up shortly after Disney+ launch, Keila Arnold of Carlsbad, Calif., said, “It was crashing a lot when I was using it earlier, but besides that it’s great.”

Disney claims that Disney+ signed up more than 10 million subscribers on day one, although that number includes those who signed up for a seven-day free trial.

The studio in a Nov. 13 news release noted that “moving forward, there are no plans to release Disney+ subscriber data outside of The Walt Disney Company’s quarterly earnings calls.”