Under her guidance, Lionsgate saw 14 of its new shows picked up to series and 15 current series renewed for additional seasons — including “Home Economics” (ABC), “Welcome to Flatch” (Fox) and “Ghosts” (CBS).

Stern played a key role in spearheading original content for third party streaming platforms, including romantic anthology “Love Life,” the series “Julia, Minx” and the upcoming “Love and Death.” She shepherded the launch of “Mythic Quest” and “Acapulco” at Apple TV+, and “P-Valley,” “The Serpent Queen” (in collaboration with 3 Arts) and three installments of the “Power” franchise at Starz. Stern has also been instrumental in guiding the continued expansion of the John Wick Universe with the TV origin story and special event series “The Continental,” positioned to be a major streaming event in collaboration with platform partners Peacock and Amazon.

Stern also had an active year on the corporate deal-making front.  She led the studio’s investment in U.K. talent management and production company 42, building on Lionsgate’s successful collaboration with 3 Arts Entertainment. She helped renew Lionsgate’s partnership with BBC Studios Los Angeles, which has already generated two network hits, and she negotiated a first-look television deal with Spyglass Media Group.

“Sandra is a great partner, an outstanding executive and one of the best dealmakers in the business,” CEO Jon Feltheimer said in a statement. “With Kevin Beggs and Sandra leading the way, our television business is positioned to create growing value and increasing profitability as its current slate continues to mature and exciting new properties are added.”

A graduate of UCLA Law School, Stern is a founding member of their LEAD program and serves on the Board of the Law School’s Ziffren Center, where she also teaches. She serves on the board of the Saban Clinic, the UCLA Jonsson Cancer Center and Centre Theatre Group. She is an active member of the Rape Treatment Center and Big Brothers Big Sisters of Greater Los Angeles, which honored her with its Excellence in Mentoring Award. She has also been honored with Humanitarian leadership awards by the Jonsson Cancer Center’s Taste for a Cure event and the I Had a Dream Los Angeles Foundation.

Lionsgate June 2 announced it has upped Suzy Feldman to EVP of worldwide TV marketing, from her previous SVP role.

In her new role, Feldman will continue to oversee Lionsgate content marketing for the television division, working closely with the global programming, production and sales teams, as well as the studio’s network and broadcast partners, across all scripted and unscripted programming. Feldman will also continue to support the relationships with the Lionsgate international and domestic distribution partners.

Lionsgate Television just reported one of its best content creation years ever, with a record 14 new shows picked up to series and a 15-for-15 track record in securing renewals for its current series.  All three of Lionsgate’s broadcast network series were renewed, including the breakout hit “Ghosts,” the highest-rated new network comedy in four years.

Lionsgate’s slate includes scores of scripted and unscripted series across more than 20 different platforms. In addition to its broadcast network series, the studio has five series at HBO Max, three shows at Apple TV+, a growing slate for AVOD platforms, 15 series on the air or in the pipeline for Starz, as well as series at Showtime, Netflix and Amazon, among others.

Feldman is also responsible for the development and execution of the television studio’s social media and brand evolution across the company’s TV portfolio.

Feldman started her career at Showtime as a marketing manager prior to moving to E! Entertainment Television and also was at Fox News Channel, where she worked for nearly a decade. Feldman attended the University of California, Santa Barbara, receiving a bachelor of arts degree in communications. 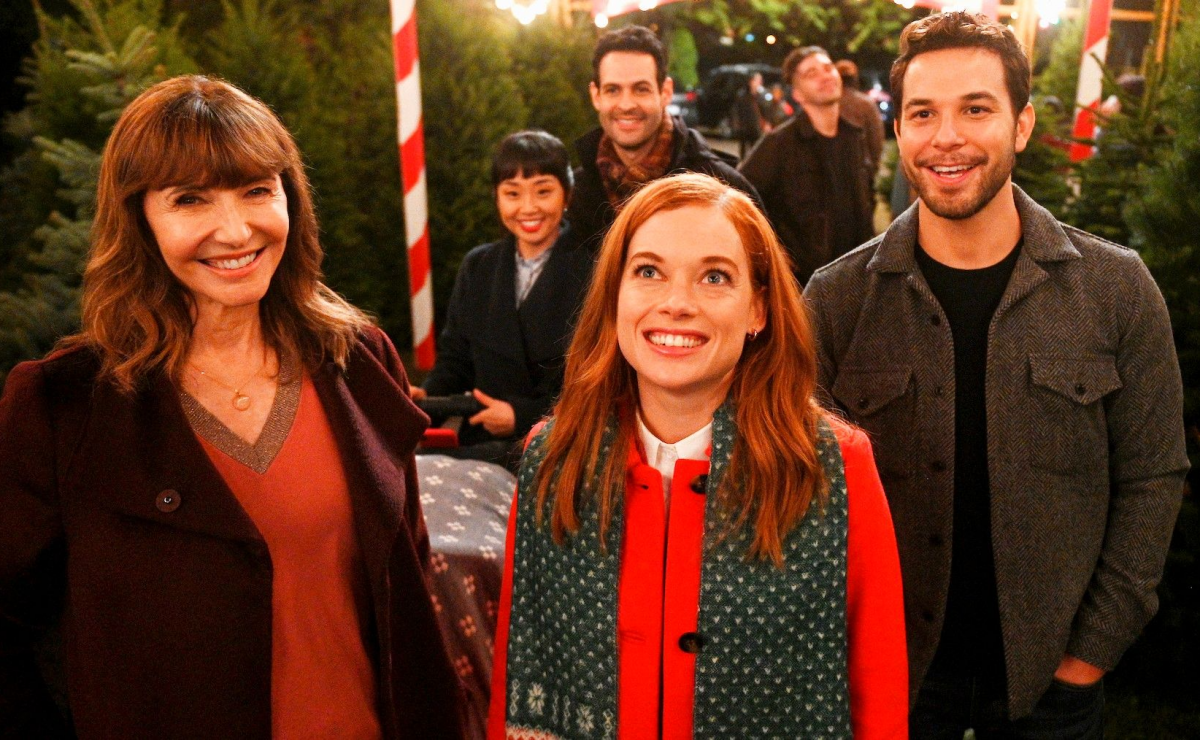 Roku Dec. 8 announced that its first original movie, Zoey’s Extraordinary Christmas, in partnership with Lionsgate Television, was the top-viewed program globally on The Roku Channel during its opening weekend, and the most-watched movie premiere ever in Canada on The Roku Channel. In addition to the strong opening weekend results, the movie was nominated for a Critics Choice Award for “Best Movie Made for Television.” This is Roku’s first Critics Choice nomination.

“It is amazing to see such a strong affinity for the film, not only from fans of the series (the now canceled “Zoey’s Extraordinary Playlist”), but also from first-time viewers,” Colin Davis, head of original scripted programming at Roku, said in a statement. To have our first original film be the top viewed program on The Roku Channel, plus picking up a Critics Choice nomination all within the opening week, is the best early holiday present we could have asked for.”

Movie/series creator Austin Winsberg said Roku was an “incredible partner” on the movie’s production, including sharing his vision to create a heartfelt holiday story.

“Together, we set out to create something joyous, hopeful and heartfelt during a holiday season that we knew may be challenging for some,” Winsberg said. “Seeing how Roku viewers around the world have responded to a story that is so deeply personal to me has been beyond gratifying.”

Regardless, since launching in May, Roku Originals have been an important audience driver for The Roku Channel. In the next 24 months, the ad-supported VOD platform is expected to premiere 50 new original programs.

Launched in 2017, The Roku Channel this year saw record growth, reaching U.S. households with an estimated 70 million people in Q1 2021. In Q3, the AVOD service was a top five channel on the Roku platform in the U.S. by active account reach. Today, The Roku Channel features more than 80,000 movies and programs, and more than 200 live linear television channels. It licenses and distributes content from more than 200 partners.

In addition to Roku devices, The Roku Channel is available on Web, iOS and Android devices, Amazon Fire TV and select Samsung TVs and can be accessed internationally in the U.S., Canada, and the United Kingdom.