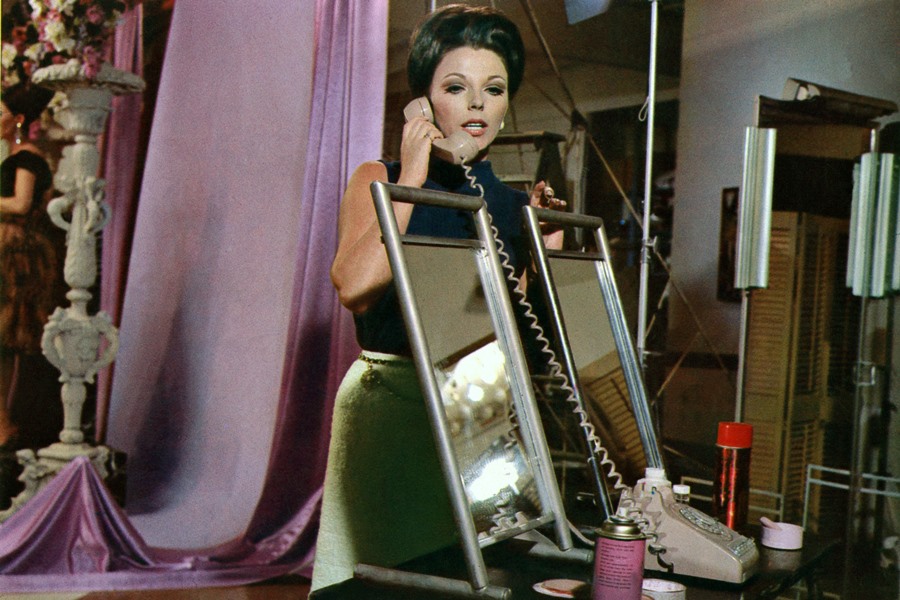 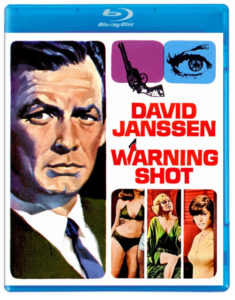 Warning Shot (1967) stars David Janssen, Joan Collins, Stefanie Powers, Carroll O’Connor and silent film legend Lillian Gish. In this crime drama set in Los Angeles, Janssen is Tom Valens, an L.A.P.D. sergeant who fatally shoots what he perceives to be an armed suspect — but the man’s “weapon” is nowhere to be found. Moreover, the deceased is a respected doctor with a seemingly impeccable reputation and character. Charged with manslaughter and suspended from the force, Sgt. Valens ignores public outcry and sets out to gather the puzzle’s pieces, produce the “missing” gun, and clear his name. Other notable cast members include Steve Allen, Ed Begley, George Grizzard, Eleanor Parker, Walter Pidgeon, George Sanders, Sam Wanamaker and Keenan Wynn.

The film arrives on Blu-ray Disc from a new HD master made from a 2K scan of the 35mm interpositive. Bonus features include an audio commentary by film historian and filmmaker Daniel Kremer and a remastered theatrical trailer. 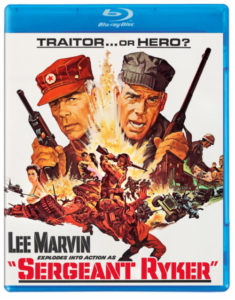 Sergeant Ryker (1968) stars Lee Marvin, Vera Miles, Bradford Dillman, Peter Graves and Lloyd Nolan. In the wake of a failed raid during the Korean War, Sgt. Paul Ryker (Marvin) is charged with aiding the enemy. Ryker’s defense rests on the notion that he was ordered to carry out a secret offensive against the North Koreans. But because the mission was so closely guarded, nobody can vouch for him. Capt. David Young (Dillman) is the Army’s prosecutor, but his impartiality comes under scrutiny when it’s revealed that he has been wooing Ryker’s wife, Ann (Miles). In the end, the case is decided by the strange testimony of a lone soldier. Is Ryker innocent, or should he hang?

Sergeant Ryker is a TV movie that originally was broadcast in 1963 as “The Case Against Paul Ryker,” a two-part episode of the “Kraft Suspense Theatre.” It was reissued as a theatrical feature film five years later to capitalize on Marvin’s soaring popularity from his role in The Dirty Dozen.

Ryker arrives on Blu-ray from a new HD master made from a 4K scan of the 35mm original camera negative. Bonus features include an audio commentary by director Joseph Zito, moderated by filmmaker Michael Felsher; an interview with screenwriter James Bruner; and a remastered theatrical trailer.