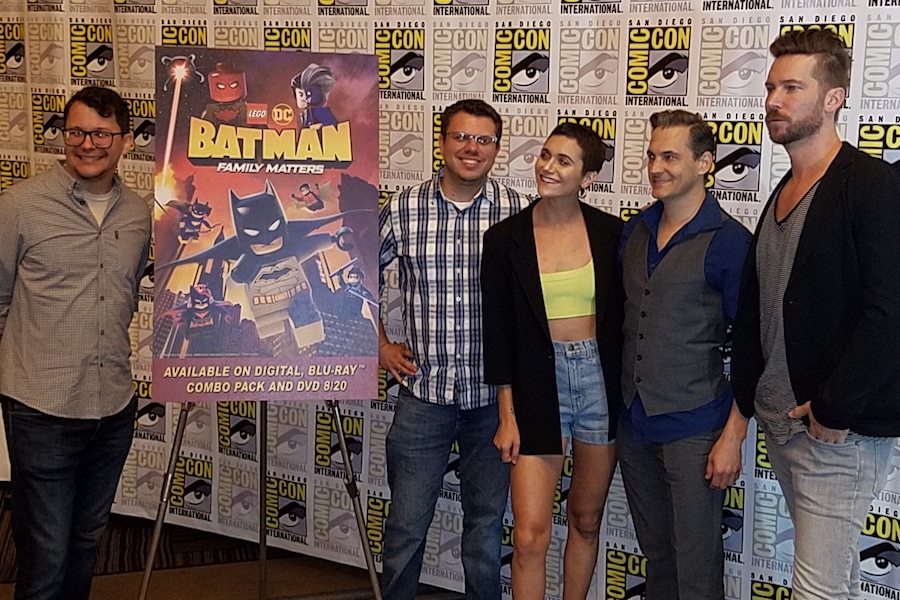 Even though he’s a superhero, Batman can’t build a gadget to shield himself from family conflict in Lego DC: Batman — Family Matters.

Voice cast and creators were on hand at San Diego Comic-Con for the world premiere of the direct-to-video title July 21. The animated movie, which involves Batman, Batgirl, Robin and other superheroes facing off against Red Hood, who is obsessed with destroying the Bat-family and all of Gotham City, will be available Aug. 20 on Blu-ray, DVD and digital from Warner Bros. Home Entertainment.

“It’s kind of an analysis of Batman because he really is the head of the Batman family and there’s a responsibility that goes with that,” said director Matt Peters in an interview before the screening. “How would Batman the crime fighter deal with that? Is he ok with that? Is he comfortable with it? Is it something that he would like to relinquish? Is it something that he would like to take responsibility for? And that’s kind of the story for a hero as well.”

“You have Batman trying to struggle with being a superhero and a dad at the same time,” said Troy Baker, who voices Batman and noted he’s facing his own dad struggles with a  14-month-old son. “The past, present and future are kind of tag-teaming him because you have Nightwing … you have Jason Todd, you have Red Hood, you have Damian Wayne — we see how much of an important facet Robin is to Batman.”

“A Lego movie is a great chance to have a whole family watch it, and if there’s someone in the family who’s bitter and somebody who’s angst-ridden or whatever, they can see this play out on the screen and then at the end when Batman and Jason have a moment of reconciliation, they can possibly open that door in their own family,” he said.

Then there’s Batgirl to add some spice.

“With Lego, the humor is far more sardonic,” said Alyson Stoner (Batgirl). “There’s a sassiness and a snarkiness to her in this version.”

While the Lego direct-to-video projects involve a separate universe from the theatrical movies, they have the famous plastic brick world in common.

“We do work hand and hand with Lego,” said producer Rick Morales, adding, “I got to go to Denmark to actual Lego headquarters and work out with their team what they might create for their sets and talk about the possibilities.”

Legos make up all the sets for the DTV title.

“You can pretty much take anything that’s in this movie and build it straight up from Lego bricks,” he said. “It would cost you thousands and thousands of dollars. I wouldn’t recommend it. But most everything in here is really buildable, and we’ve even developed a library with our designers of CGI bricks that are legitimate in scale.”

“Honestly, it’s one of the coolest projects I’ve ever been involved in,” Stoner added. “You just say the word Lego, and it’s pretty awesome.”

Playing one of numerous Batmans on page, screen and home video involves a certain responsibility to the character, Baker said.

“This may be the first introduction to Batman that somebody ever has,” he said. “And if that’s it, I just want them to go, ‘What’s the original?’ All of these pull from these great storylines. So if I make a kid or an adult pick up a comic book, then I’ve done my job.” 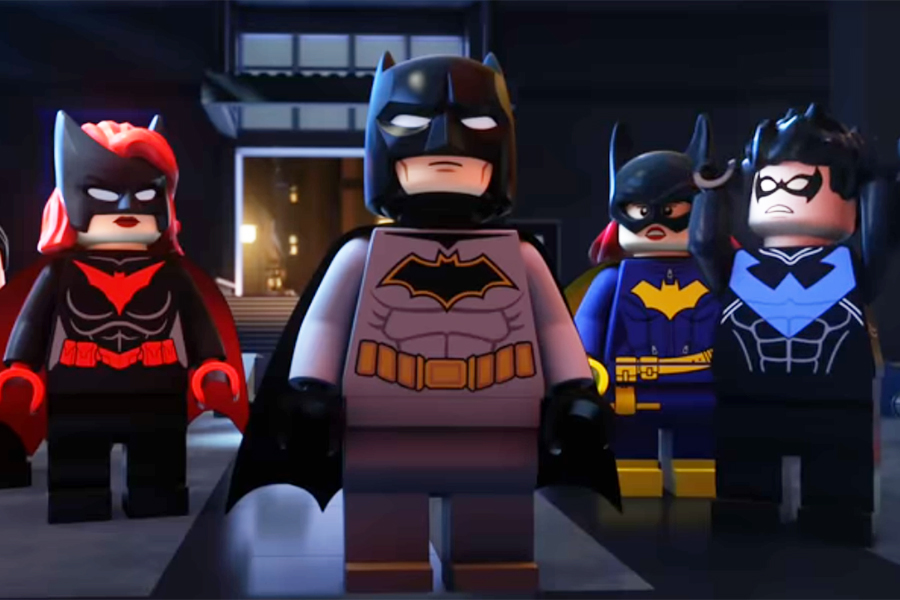