Sony Pictures will also handle home entertainment and TV distribution for the titles it releases. Legendary retains the option to produce and distribute feature film content for the wide range of streaming platforms existing both today and for future incarnations.

Sony Pictures and Legendary are aligned in their ongoing commitment to theatrical distribution as a driver for other “downstream” windows and the theatrical window’s long-term value for films, according to a press release.

As part of the pact, Sony Pictures will market and distribute new Legendary theatrical releases worldwide excluding China, where Legendary East will handle all marketing and distribution activities.

Legendary will also continue to remain in business with Warner Bros. Pictures on select existing titles including the upcoming Dune: Part Two, currently in production and slated for release on Nov. 3, 2023.

“It’s a rare opportunity to partner in this mutually beneficial way with true pros, who are completely aligned in our theatrical commitment and vision for this business,” Josh Greenstein and Sanford Panitch, presidents of Sony Pictures Motion Picture Group, said in a statement. “The creative brilliance and power of Legendary is huge and we look forward to bringing their work to theaters across the world.”

“As we continue to grow our content offerings, we are excited to forge this relationship with Tony, Tom, Sanford, Josh and the rest of the exceptional Sony team,” Legendary CEO Joshua Grode said in a statement. “Sony’s commitment to theatrical distribution aligns with our vision of how to best derive the most value for Legendary’s movies. The incredible slate of movies that Mary Parent has amassed are built for the theatrical experience and we are excited about our partnership with Sony for this next phase of Legendary’s growth.”

“Legendary is, well, legendary and we are excited and fortunate to add Josh and Mary’s strong slate to our ongoing commitment to big movies on the big screen,” Tom Rothman, chairman and CEO of Sony Pictures Motion Picture Group, said in a statement.

“We are also grateful to Warner Bros. Pictures who has been a valuable partner to Legendary over many years, and we look forward to continuing our work with the talented executives at Warner/Discovery,” Grode stated. 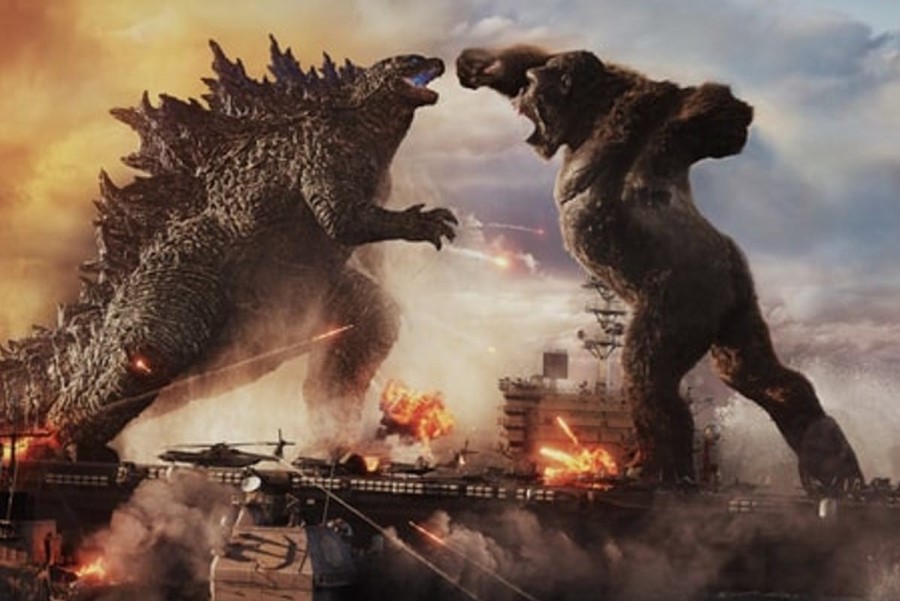 The number is even more impressive considering most theaters are operating at 50% capacity and the movie has been available to HBO Max subscribers since its theatrical debut.

The movie has topped $350 million in worldwide box office receipts.

Universal Pictures’ Nobody, starring “Better Call Saul” lead Bob Odenkirk, took No. 2 on the domestic screens with $2.5 million; $19 million total ($34 million globally). The title is also available on PVOD for $19.99 due to Universal’s rev-share retail agreement with AMC Theatres and Cinemark.

Sony Pictures’ The Unholy finished No. 3 with $2 million/$9.5 million total, which is slightly ahead of Disney/Pixar’s Raya and the Last Dragon with $1.9 million, $37 million total. The movie is available to Disney+ subs for a $29.99 add-on.

The film is available in the United States on HBO Max in 4K UHD with HDR-10, Dolby Vision, and Dolby Atmos on supported devices for 31 days from its theatrical release date. Through the end of 2020, HBO and HBO Max had a combined 41 million subscribers in the United States.

“The HBO Max audience has spoken very clearly and loudly: They love this film and are watching it more than once,” Andy Forssell, EVP and GM of WarnerMedia direct-to-consumer, said in a statement. “Comparing audience metrics in the first four days since its release, Godzilla vs. Kong had a larger viewing audience than any other film or show on HBO Max since launch.”

WarnerMedia has not officially released streaming data for Godzilla vs. Kong.

The movie, along with every other Warner theatrical release starting with Wonder Woman 1984, is available concurrently for no additional charge on Max. Previous releases such as Zach Snyder’s Justice League, The Little Things and Tom & Jerry generated 1.8 million, 1.4 million and 1.2 million opening weekend Max household viewers, respectively, according to Samba TV.

Wonder Woman 1984 tracked 3 million Max households across its Christmas opening weekend through the end of 2020, according to Samba TV, which tracks streaming habits among more than 19 million connected televisions. Notably, it was Disney/Pixar’s streaming of animated Soul on Christmas that generated the largest opening streaming weekend, at more than 3.2 million Disney+ households.