Netflix June 15 announced it is streaming a 20th anniversary special on its Indian YouTube channel regarding the 2001 award-winning sports-themed drama Lagaan: Once Upon A Time In India, directed by Ashutosh Gowariker, starring and produced by Aamir Khan and written by Gowariker. 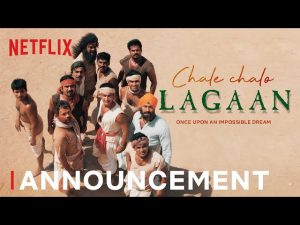 Set in the Victorian period of India’s rule by Britain, the story revolves around a small village whose inhabitants, burdened by high taxes (“lagaan”), find themselves in a game of cricket against the Brits as a way to avoid the taxes.

The original film was the third Indian film to be nominated for the Academy Award for Best Foreign Language Film after Mother India (1957) and Salaam Bombay! (1988).

Netflix, which launched service in India in 2016, reportedly has about 1.5 million subscribers, which trails Amazon Prime Video (2.5 million) and Disney + Hotstar with 3 million. Since launching an inexpensive mobile-only subscription plan, Netflix also bowed a branded YouTube channel, which offers content trailers and previews. The channel has more than 13.2 million subscribers.

Streaming of Chale Chalo Lagaan — Once Upon An Impossible Dream on the YouTube channel affords Netflix the opportunity to reach non-subscribers with a program dedicated to a popular movie.

“Lagaan is one of the most iconic creations of Indian cinema,” Monika Shergill, VP of content for Netflix India, said in a statement. “It is an epic tale that won hearts everywhere and showed the brilliance of Indian storytelling on the global stage. It’s an honor for Netflix to celebrate 20 years of Lagaan with the incredible team behind this film. We’re excited that this powerful and inspirational story continues to entertain audiences around the world with Netflix.”

The movie is currently streaming on Netflix in more than 190 countries.