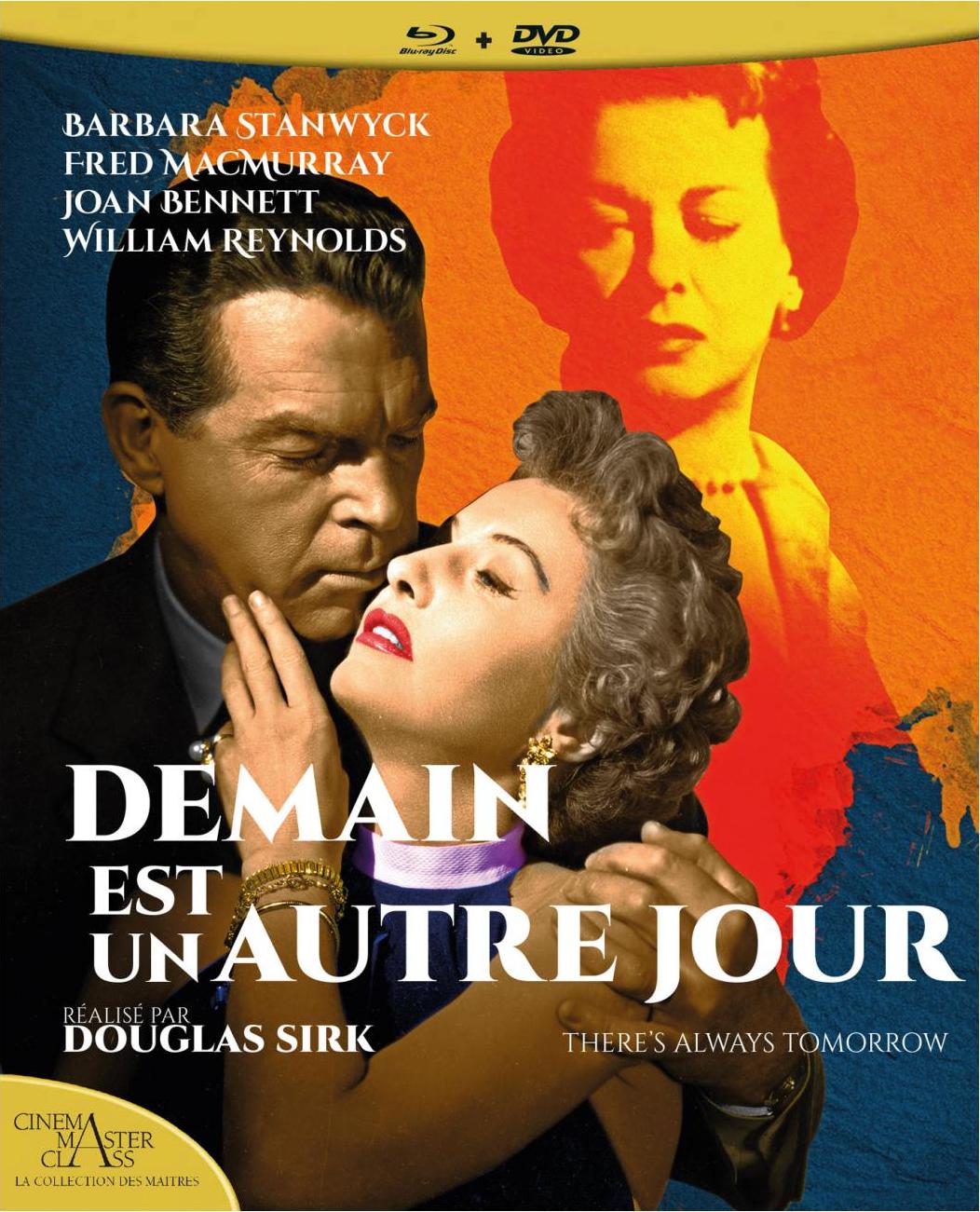 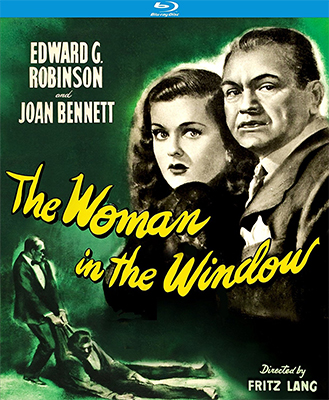 As with a lot of fellow nitpickers whose starting position should be that we’re still talking about a very good movie, Fritz Lang’s The Woman in the Window from 1944 has always been problematic because it has one of the shakier wrap-ups of the big-screen ’40s — though hardly the shake-i-est because there’s always Robert Siodmak’s The Strange Affair of Uncle Harry from the following year. Let’s continue hoping that all the yahoos who instigated creaky censorship boards of the day have been moaning in pain half-a-century or more Waaaaaay Down South where the fires burn, watching the hundred most impoverished PRC releases on a loop.

Fritz Lang directed Window from a Nunnally Johnson script to launch that period in the mid-’40s when the former briefly enjoyed commercial success after immediate follow-ups Ministry of Fear and Scarlet Street also proved popular. (And before The Secret Beyond the Door — also with Window/Street’s Joan Bennett — materialized in 1947 to turn any money-related magic touch back into a pumpkin. In one of his greatest career years (1944), Window also gave the now freelancing Edward G. Robinson (post-Warner) a role worthy of capping his memorably dynamic insurance sleuth in Double Indemnity from a few months earlier. In contrast, the married assistant professor Robinson plays here isn’t dynamic at all but notably meek — albeit one who turns uncharacteristically daring once his life turns messy after meeting the title subject on the street (she’s been the model in a conspicuous storefront painting that has captured his imagination).

Though what really makes Bennett tick is one of the movie’s more intriguing questions, she definitely isn’t a dangerous femme fatale in the usual noir sense (that would be Scarlet Street). And as for what she and Robinson are doing before an out-of-the-blue violent act that substantially alters the film’s direction … well, it’s kind of foolhardy for a man in Robinson’s situation to be on the scene at all but necessarily over the line.

This “situation” includes a wife and two children who are away on a trip, an absence that brings to mind a more serious take on this hook, courtesy of The 7-Year Itch. Before you go “uh, huh,” one should note that this family unit is reasonably harmonious in an un-stimulating way — and that the wife is by no means the disagreeable sort who’d automatically destroy anyone’s quality of life by walking into the room. For one of those, see the crone Charles Laughton is married to in Siodmak’s splendid The Suspect from the same year.

Window is full of potential spoiler minefields, though I gotta say that it was a movie that had been substantially written about even when I was a kid. So let’s merely set the table by noting that Bennett turns out to be a lonely and insecure kept woman with fleeting flashes of confidence; that Robinson gets in deep; and that one of Robinson’s men’s club cronies is a well-cast Raymond Massey as a snooping D.A. who, for fun, is taking Robinson on his investigations to help solve a crime the former knows all too well about.

There’s also Dan Duryea’s terrific show-up late in the picture to make such a strong impression that I (all well as bonus-commentary contributor Imogen Sara Smith) am always surprised to be reminded that his part isn’t bigger. Though Duryea had been quite memorable recreating his stage role three years earlier in the Goldwyn-Wyler film version of Lillian Hellman’s The Little Foxes, this in reality was his breakthrough screen role, paving the way for the Lang-Robinson-Bennett-Duryea reunion in Scarlet Street, a movie I like even more.

Historian Smith’s voiceover is tight and well thought-out, offering the expected bios of the key actors and personnel but also giving weight to alternative interpretations of key events in ways that soften the negative impact of the weak wrap-up. Among other things, they make us wonder if the movie can’t be just as easily seen as an exploration of what makes men’s roving minds tick when they’re jawboning at a men’s club (who the hell would want to go to a men’s club, anyway?) — though, OK, tons-o-fun relationships between senior marrieds likely didn’t offer that many socially normalized alternatives at the time this movie was set. Robison wasn’t likely to be asking the Mrs. to go running with him.

Whatever the interpretation, events are all photographed and constricted in superb Lang style, though aside from some newsreel satire and one bullseye replication in one scene of what old radio commercials sounded like, Lang was never going to be mistaken for Henny Youngman or Rodney Dangerfield. I remember Jonathan Demme once telling me in an interview that it was actually Brian De Palma who came up with the idea to open Married to the Mob with Rosemary Clooney’s recording of Mambo Italiano — quickly noting that one didn’t usually go to De Palma for comical music advice. Not dissimilarly, you don’t watch Lang movies for knee-slapping fun (though the last particular bonus always gave Hitchcock an extra boost), but he could really immerse you in a sinister world.

In keeping with this, Smith offers up some of the stories about Lang’s tyrannical moods and mistreatment of actors (especially minor ones); though Bennett and others would continue working with him, these were not “loose” sets. Maybe this explains how it came to be that Sylvia Sidney wrapped her long career by working with Tim Burton, the second time against a Slim Whitman soundtrack.

Kino’s Blu-ray isn’t up to the impossibly high standards of the French release of Siodmak’s Criss Cross, but neither does it suggest the difference between Grace Kelly and Maria Ouspenskaya in terms of cosmetics and, in this case, delineation of shadow and light. It’s certainly the best presentation of this independent production (originally distributed by RKO) that I’ve ever seen and another example of Blu-ray turning me into a Milton Krasner fan when I didn’t know I was. With me, he’s almost getting to be another Joe MacDonald when it comes to consolidating credits that I didn’t realize were all his — as in, he “shot that, and that … and THAT?!!!”