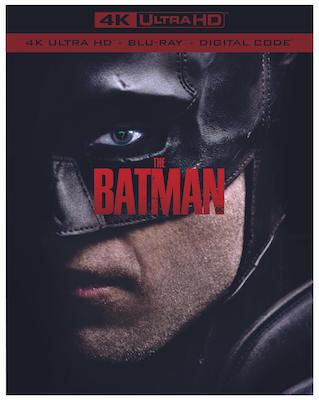 Director Matt Reeves’ The Batman brings an indie sensibility to the realm of the big-budget superhero. The film feels more like a 1970s crime saga than the slick, CGI-heavy spectacles most blockbuster comic book movies have become lately.

Unlike with many of the earlier adaptations, The Batman emphasizes the character’s skills as a detective rather than as a gadget-happy vigilante — though there is plenty of that to go around as well. The story finds Batman (Robert Pattinson) teaming with Lt. James Gordon (Jeffrey Wright) to investigate the murder of Gotham City’s mayor by the Riddler (Paul Dano), who leaves a series of clues that threaten to unravel Gotham’s criminal underworld and bring chaos to the city.

Drawing inspiration from the grittier Batman comic storylines of the late 1980s and 1990s, the film presents the caped crusader as raw and unpolished, so obsessed with his vigilante pursuit of justice that he neglects his life as Bruce Wayne, much to the chagrin of his butler and caretaker, Alfred (Andy Serkis). Along the way, Batman finds an unlikely ally in proto-Catwoman Selina Kyle (Zoë Kravitz), who has her own motivations for taking down the city’s mob bosses, including Carmine Falcone (John Turturro) and the Penguin (Colin Farrell, unrecognizable in heavy makeup).

Taking place a couple of years into Batman’s war on crime in Gotham City, The Batman almost feels like it could take place after Christopher Nolan’s Batman Begins, sharing that film’s interest in grounding Batman more in realism than his more fantastical comic book roots. The film’s darker mood is helped immensely by a relentless, haunting musical score by Michael Giacchino.

The Batman clocks in at a lengthy three hours and feels it, taking its time to establish the grungy hopelessness of Gotham City and not rushing through the particulars of the case at hand. Just as the film seems to reach an emotional catharsis through the resolution of one central mystery, it still has 50 minutes or so to contend with the Riddler’s grand plot, a pivot that feels more akin to a streaming miniseries. Ironically, after two hours of aping film noir, the film’s third act is the one that starts to feel most like a traditional Batman movie.

The film’s production design gives Gotham an appropriately worn out look, with a color palette awash in oranges and browns, grays and blacks, toning down any potential splashes of real color. The Batsuit and Batmobile feel homemade — Pattinson’s Batman a crusader with dirt under his fingernails as he tours the city on a motorcycle with his costume in a backpack, ready to jump into action.

The Blu-ray includes a couple of deleted scenes. The most notable, running nearly six minutes, features Batman visiting a familiar Arkham Asylum prisoner to gain insights into the Riddler case, a la Silence of the Lambs. While interesting on its own, the scene spoils the character’s more-effective cameo that’s in the final film, and overall just doesn’t seem to mesh well with the proceedings. The other scene, running about two minutes, provides some interesting character dynamics as Selina is propositioned by the Penguin as she’s trying to infiltrate his nightclub to gain clues for Batman. Both scenes contain optional director’s commentary by Reeves.

A comprehensive and insightful commentary for the entire film is offered by Reeves as an iTunes exclusive — available to those who purchase the film directly from Apple or use Apple TV to view a digital copy redeemed through Movies Anywhere.

Also included with the home video extras are about two hours of behind-the-scenes material featuring interviews with the key filmmakers, including Reeves sporting a bushy mustache that makes him look like a Commissioner Gordon stand-in himself.

The headliner, running nearly 54 minutes, is “Vengeance in the Making,” which provides a comprehensive look at the entire production.

The eight-minute “Vengeance Meets Justice” looks at some of the parallels between Batman and Riddler; the six-minute “The Batman: Genesis” offers Pattinson and Reeves exploring their approach to Batman; the eight-and-a-half-minute “Becoming Catwoman” and the eight-minute “A Transformation: The Penguin” look at Kravitz’s and Farrell’s takes on their iconic characters; the 11-minute “The Batmobile” unveils the creation of this film’s iteration of Batman’s famous car; the five-minute “Looking for Vengeance” focuses on making the fight sequences; while the six minute “Anatomy of the Car Chase” and six-and-a-half-minute “Anatomy of the Wingsuit Jump” break down two key action scenes. The six-minute “Unpacking the Icons,” which is the only one of the featurettes offered on the DVD version, looks at the film’s tone and costume design.