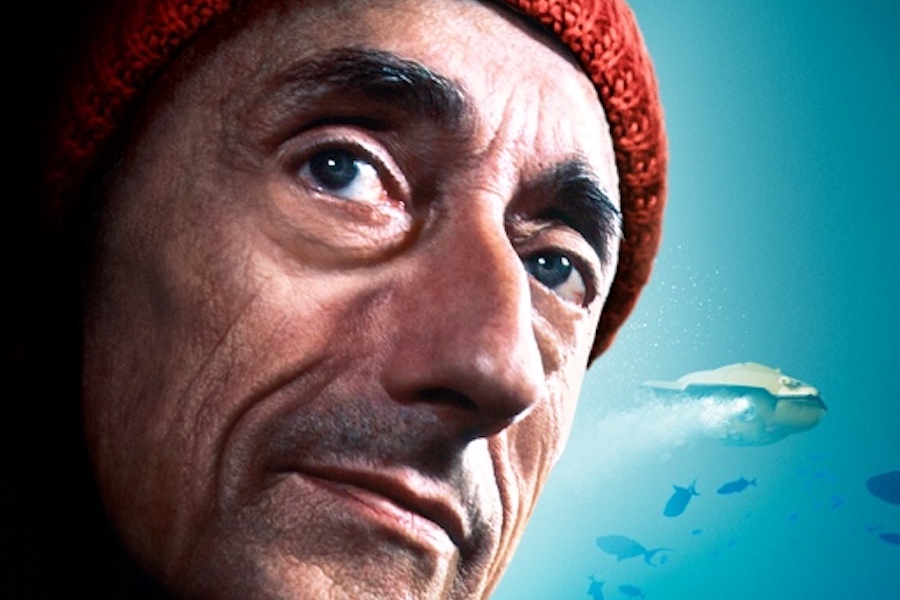 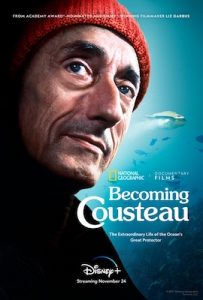 Capt. Jacques-Yves Cousteau was one of the 20th century’s great explorers, a filmmaker and beloved adventurer who documented the wonders below the ocean with pioneering equipment that yielded a Cannes Film Festival-winning film, two Academy Awards, and a pair of iconic and long-running television shows, “The Undersea World of Jacques Cousteau” and “The Cousteau Odyssey.” His work became synonymous with life in the sea and on his famous boat, the Calypso. He authored more than 50 books on his aquatic life and invented the Aqua-Lung, advancing the boundaries of scuba diving. Yet, it was as an environmentalist that Cousteau would have his most lasting impacts, alerting the world about the warming oceans decades before the climate crisis made headlines. He was instrumental in protecting Antarctica and took part in the first Earth Summit.

In creating the film, Garbus poured through 550 hours of archival material and rarely-seen footage. Becoming Cousteau shines a spotlight on the man many grew up worshipping, yet most actually knew very little about. After prospecting for oil companies to support his globe-trotting adventuring, he had a late-in-life awakening and became the first great advocate for ocean preservation. Cousteau led a somewhat fractured family life, checkered with great loss, but he remained true to his one great love — the sea.

More than 100 hours of audio journal entries, interviews and observations from collaborators and crew members add to the film. The documentary also chronicles his first wife and collaborator Simone Melchior (known aboard the Calypso as “The Shepherdess”), his family experiences, his second wife Francine Triplet, the creation of The Cousteau Society and the work they do, and his evolution into one of the most important environmental voices of the 20th century.

“Jacques Cousteau was an adventurer and inventor who became a passionate environmentalist later in life” director Liz Garbus said in a statement. “He was not born a protector of the seas — it was something he grew to appreciate as he witnessed  the undersea world changing before his very own eyes. I hope Cousteau’s incredibly entertaining, epic life shows how much we can all evolve in life and in our attitude towards our place on the Earth. Cousteau is a true hero for our age, and his life story points the way to a better future.”